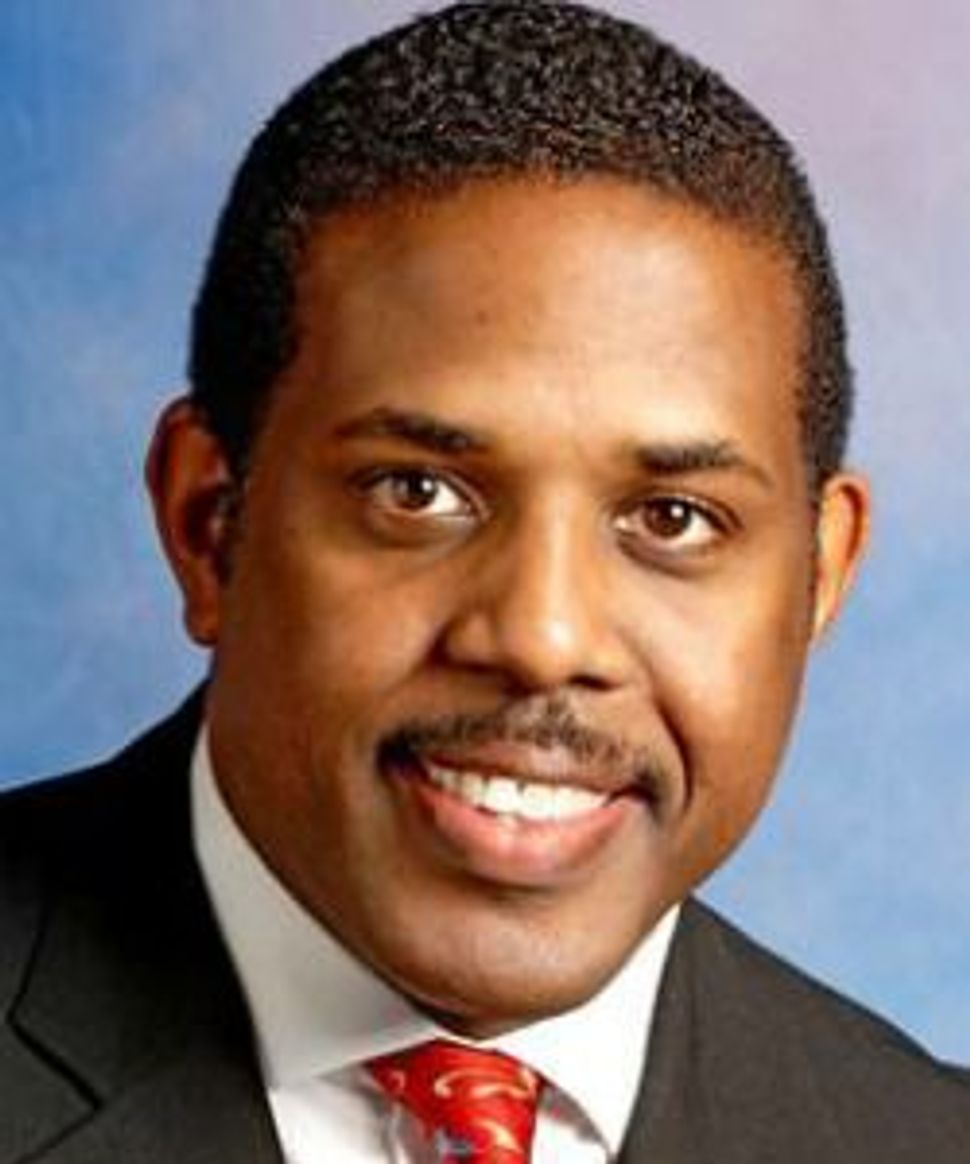 Kevin Parker doesn’t have any catchy monikers like his pink-loving opponent, Mindy Meyer, in a race for state Senate in Brooklyn.

“She says she’s ‘senator and she knows it,’ but I actually am senator,” said Parker, an incumbent Democrat. “I really do have responsibilities.”

Meyer is now well known by her self-appointed name, Diva of the District. Although Parker has been in office for the past decade, he has yet to trend on social media. That doesn’t worry Parker, though.

“I have a proven track record,” says the state senator in a phone interview.

Parker has been exceedingly diplomatic when it comes to his young opponent’s recent media attention and her unusual campaign strategies, saying only: “I take all challenges seriously, because I take the democratic process seriously. I’m looking forward to debating her on the issues.”

Meyer has been outspoken against what she sees as Parker’s unproductive 10-year tenure. In response, Parker says: “She needs to look at more than just the color on my website to see what I’ve actually done.” Meyer has repeatedly stated that the “boring” websites of other senators have “literally” put her to sleep.

Parker has seen his fair share of controversy, with three alleged physical attacks and three verbal in the past seven years. In one instance, Parker was ordered to attend an anger management course.

The senator doesn’t think this damages his effectiveness in office.

“Unfortunately, it is what it is, but it hasn’t stopped me from doing my work,” says Parker, easing his way around the specifics of the various ‘controversies.’ “I’m a champion of the community, and any champion has enemies.”

Parker plans to spend the upcoming months speaking at various forums, including labor unions, churches and the like.

“I expect to win,” he says. Citing a long list of governmental and community experience, Parker adds, “I’ve expected to win every election I’ve ever been in.”