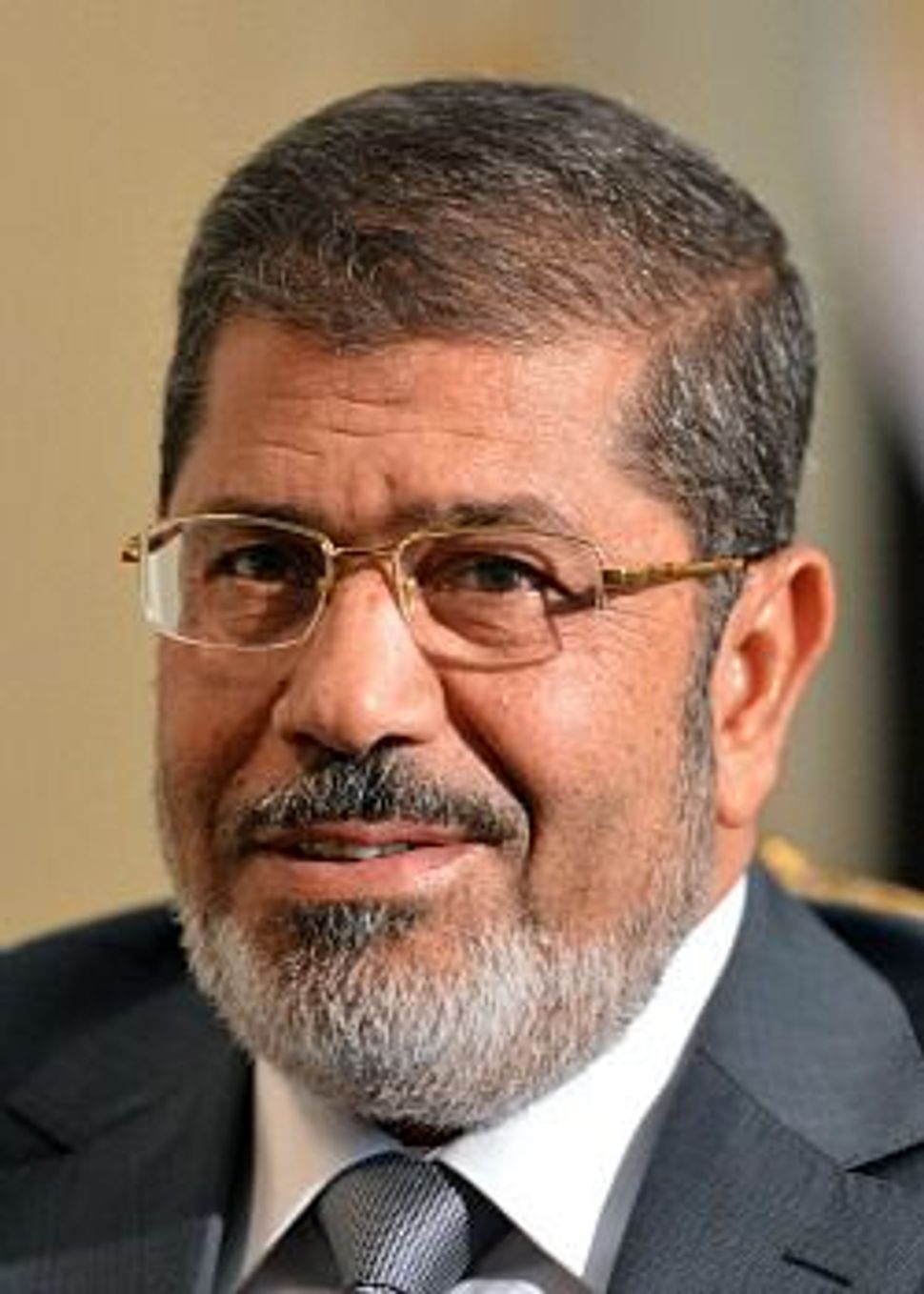 Egypt’s new Muslim Brotherhood-linked president, Mohamed Morsy, has written to Israeli President Shimon Peres, the Israeli news site Mako-News 2 reports. In the letter Morsy thanks Peres for his Ramadan greetings and pledges “our best efforts to get the Middle east [sic] Peace Process back to the right track in order to achieve security and stability for all peoples of the region, including the Israeli people.” It appears to be the first direct outreach

The letter comes 12 days after Morsy met in Cairo with Hamas leader Khaled Meshaal, and follows weeks of speculation and contradictory Egyptian messages regarding the future of the Egyptian-Israeli peace treaty.

The Muslim Brotherhood has a long history of virulently anti-Israel and anti-Semitic rhetoric, and Hamas, its Palestinian wing, has repeatedly restated its opposition to any recognition of Israel. At the same time, Egypt’s military, the element in Egyptian society with the closest ties to Israel, has noticeably declined to give up the reins of power following the Brotherhood’s political rise, and Morsy formally resigned his membership in the Brotherhood after winning the presidency.

The full English text of the Morsy letter appears in the Hebrew-language Mako-News 2 report. This also puts to rest the confusion over Morsy’s preferred spelling of his own name in English. Most English-language media up to now have spelled it “Morsi.”