Congress Does Kabuki Dance on Israel 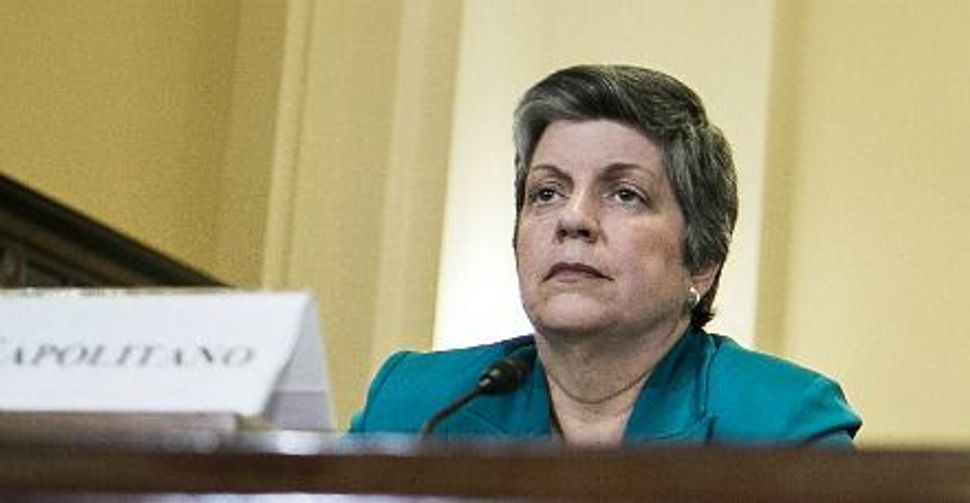 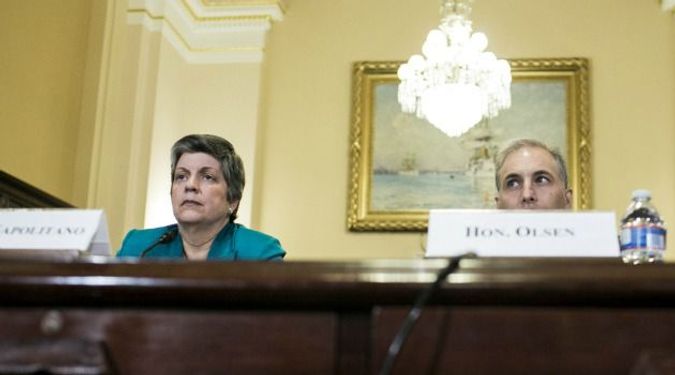 Too many people give Washington politics a bum rap. Sure, it can be excruciating if you’re following the issues and hoping for a certain result. It’s frustratingly predictable, infuriating in its futility and perhaps even a bit terrifying in its inability to address the most urgent crises.

If you stand back and watch the choreography, though, there’s a certain poetry to it. Seeing how the players group and regroup, observing the different ways they go at each other to score points, you can find the sort of subtlety, power and occasional elegance usually found only in ballet and pro football.

Nowhere is the choreography more compelling than in debates that touch on the Middle East. On other issues — taxes, abortion, energy — people say what they mean. If they’re lying, their foes say so. When it comes to Israel, terrorism and Islamic extremism, it’s all kabuki and shadowboxing.

Take, for instance, the July 25 meeting of the House Homeland Security Committee, which was devoted to testimony by the homeland security secretary, Janet Napolitano. What unfolded, after her dull-as-nails report, was pure poetry. Lawmakers took turns questioning her, alternating between Republicans and Democrats, respectively bludgeoning and flattering her. The Republicans all asked variations on one question: Why can’t the administration stay focused on the singular threat of Muslim extremists? The Democrats all tried changing the subject to something else: port security, public alertness programs, Oklahoma City-style right-wing terrorism — anything.

The exchanges achieved something like pageantry during one half-hour stretch when the questioning settled into a metronomic alternation of white men (Republicans) and black women (Democrats). Republicans reached for drama; Democrats spoke soothingly. You could almost picture weaving lines of dancers, each with its own melody playing: “Battle Hymn of the Republic” (or was it “Dixie”?) on one side, “Kumbaya” on the other.

The drama peaked when Republican Paul Broun of Georgia bluntly declared that “political correctness” is “going to kill people.” Napolitano angrily started to protest his “wording,” but Broun shouted her down. He demanded to know how a security officers’ training program she had described can prevent attacks “without singling out individuals due to religious or political beliefs.” Then, with sublime lack of irony, he proceeded to complain about intelligence profiling that flags “gun-owner, Christian-conservative, pro-life” types as possible threats. “That’s me,” he said. “How are you going to prevent me from being identified as a terrorist?”

For a different sort of choreography, consider a teach-in held several days earlier in a different meeting room, sponsored by a bipartisan group of lawmakers known as the House Israel Allies Caucus. The title of the half-day program was “Oslo, 20 Years Later.” (It’s actually only been 19 years, but who’s counting?) Open to the public, it was billed as an “honest conversation about the prospects for peace in the Middle East in light of the failed peace process.” That turned out to be half true. The talk was largely honest, but the conversation had a hidden agenda, a sort of soft-shoe shuffle.

As it turned out, most of the morning consisted of attacks on the troubled peace accords as misguided and doomed. These were coupled with denunciations of a two-state Israeli-Palestinian compromise — it’s official U.S. and Israeli policy, but Glick and Danon both insist “nobody” believes in it — and calls for Israeli annexation of the West Bank. Miller danced around the question: He agreed Oslo was a failure, but said compromise was essential, even if unachievable anytime soon.

Only Beilin and al-Omari offered full-throated endorsements of a two-state peace. But they were there as window dressing, and they knew it. Both accepted the invitation expecting a right-wing crowd, hoping only to win a few converts.

The program was oddly punctuated by visits from the lawmakers who were the event’s hosts: veteran Jewish Democrat Eliot Engel of New York, who co-chairs the Israel Allies Caucus, and fellow Jewish Democrat Brad Sherman of Los Angeles. Each took a moment to deliver greetings, praise Israel’s commitment to peace and willingness to compromise and denounce Arab intransigence — and then danced off stage, clueless as to what was transpiring in their names.

The actual organizer of the event was an off-campus entity, the International Israel Allies Caucus Foundation, which claims parliamentary affiliates in 19 capitals including Washington. Its founder and chairman is Elon, a longtime fixture on Israel’s far right. He served three terms in the Knesset as leader of the Moledet party, which advocates Israeli annexation of the territories and “voluntary” transfer of Palestinian Arabs to neighboring countries. He served a stint in Ariel Sharon’s cabinet but quit in 2004 to protest the planned withdrawal from Gaza.

Today Elon favors letting the Palestinians stay in their homes but annexing the land under them and giving them extraterritorial Jordanian citizenship. He formed the international allies group as an outgrowth of the Knesset Christian Allies Caucus, which he spearheaded in 2004 with the help of prominent American Christian conservatives. The American sister caucus has 29 members, 22 Republican and seven Democratic.

It’s not clear how many of the 29 lawmakers know of their Elon affiliation. Sherman says there isn’t one. “I am a member of an organization that is limited to members of the United States Congress,” he told me during a quick chat in the hallway. “This event is a congressional forum, in a room reserved by members of Congress, in a building owned by the U.S. Congress, to hear from diverse points of view. It is not an endorsement of any organization.”

With that Sherman went back to work. Back inside the meeting room, Elon was summing up. He urged the assembled to work with the “millions of Americans who share our values” and thanked them for coming.

It seems like a common complaint: How does a congressman avoid getting profiled?

Congress Does Kabuki Dance on Israel