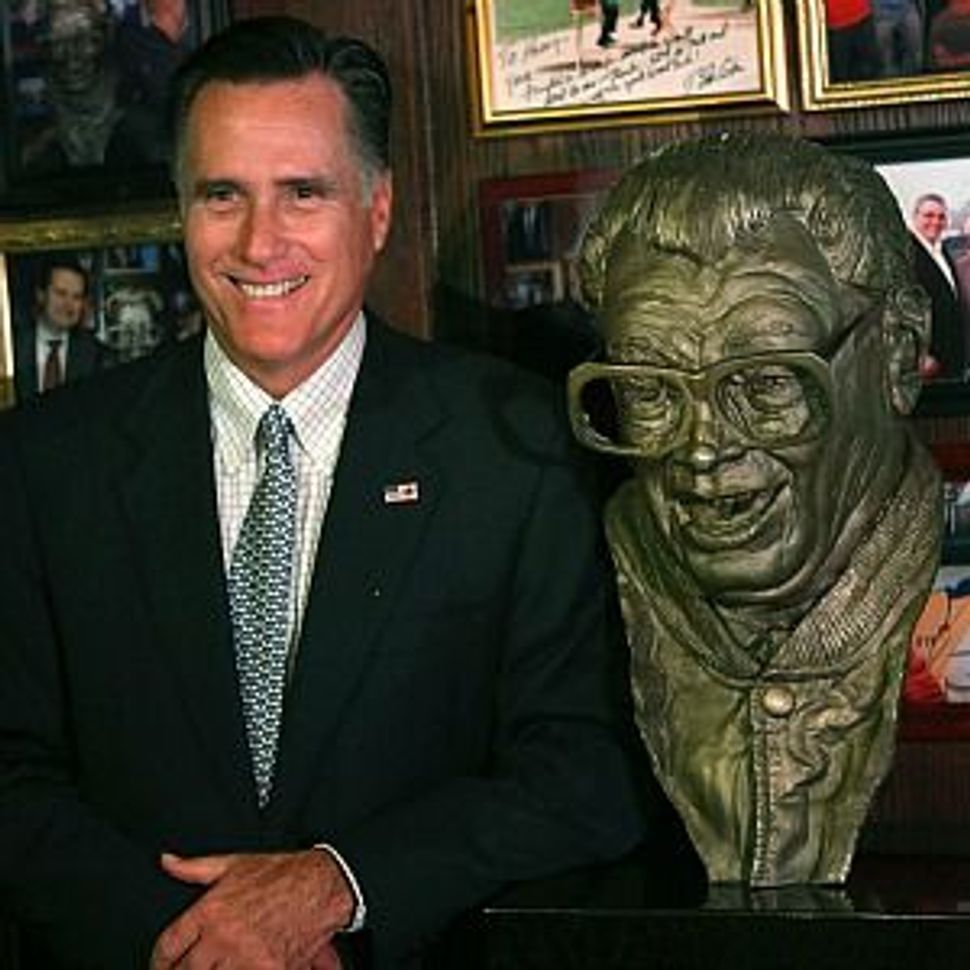 Who Knew? Mitt Romney, who posed with a statue of Chicago Cubs announcer Harry Caray, is no fan of the kibbutz. Image by getty images

Maybe Mitt Romney didn’t know what he was talking about when he praised Israeli culture.

The Republican presidential hopeful controversially explained during a trip to Israel last week that the country’s economic success was due to its culture.

Now it turns out he’s no fan of the kibbutz.

“America is not a collective where we all work in a kibbutz or we’re all in some little entity, instead it’s individuals pursuing their dreams and building successful enterprises which employ others and they become inspired as they see what has happened in the place they work and go off and start their own enterprises,” Romney said at a Chicago fundraiser today.

In the quote, Romney contrasts the pursuit of dreams and the building of successful business with the kibbutz, the collective farming model that was central to the early economic and political life of Israel.

It’s hard to separate Israel’s economic culture from the country’s kibbutznik roots, so today’s comment seems to make the culture statement look even more like a gaffe.

That said, it’s hard to imagine uber-capitalist Romney supporter Sheldon Adelson taking offense at a slight against the socialist kibbutzim.