Terror on the Rue des Rosiers 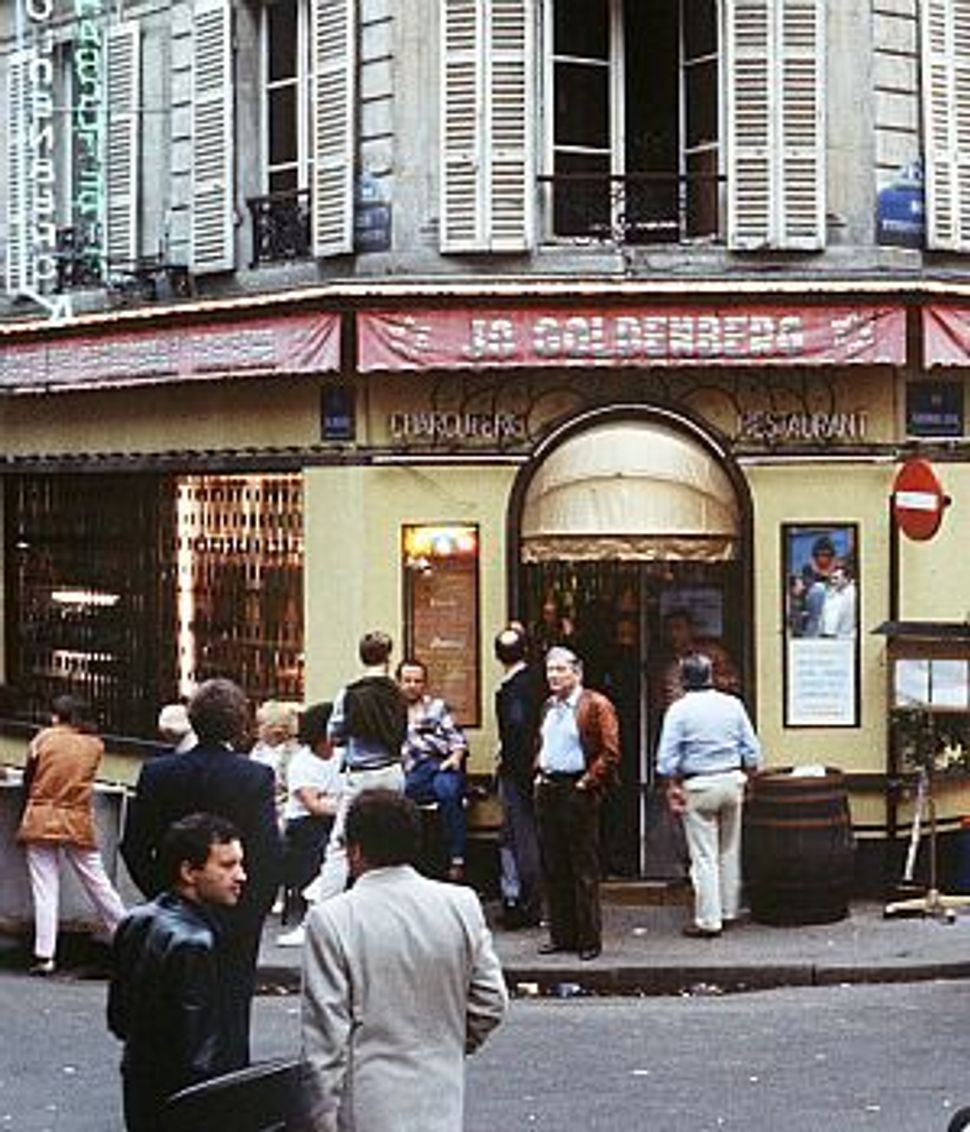 Terror in the Jewish Quarter: Onlookers gather after a terrorist attack killed six people at a Jewish deli in Paris in 1982. Image by getty images

Thirty years ago today, a terrorist commando exploded into the famed Jewish restaurant Jo Goldenberg’s, located on the rue des Rosiers in the Marais district of Paris. Spraying machine gun fire and grenades, they killed six people, wounded nearly two dozen others and escaped by foot into the neighborhood’s dense warren of streets.

None of the hooded terrorists has ever been identified, much less caught by the French authorities.

The attack occurred just two years after the bomb blast at the synagogue on the Rue Copernic, which tore apart both worshippers inside the building as well as, in Prime Minister Raymond Barre’s unhappy phrase, “innocent French” bystanders. As with the attack at Jo Goldenberg’s, those responsible for the four deaths at Rue Copernic have been neither arrested nor identified.

In both cases, the French police and intelligence services pursued two lines of inquiry: a shadowy network of white supremacists—in particular FANE, the acronym for a group of Nazi sympathizers well to the right even of the National Front—and a spidery web of clandestine organizations sympathetic to the Palestinian cause.

While the inquiries have led to little more than speculation and conspiracy-mongering, they nevertheless cast in an odd light another anniversary: 10 years ago, the octogenarian Jo Goldenberg announced his support of Jean-Marie Le Pen in that year’s presidential elections.

By then, M. Goldenberg no longer owned the delicatessen that still carried his name above the dull red bunting. Over the next few years, it encountered more mundane, yet perhaps more serious threats to its existence. A series of health code violations forced it to shut its doors for several months. While the owners finally dealt with the rats and roaches, they were powerless to halt the demographic and economic changes in the quickly gentrifying neighborhood. The deli finally closed for good in 2007.

Three years later, Le Temps des cerises, a woman’s clothing store, opened for business. Goldenberg’s name is now long since gone. But along with a commemorative plaque, there remain the holes in the façade left by the assassins’ bullets. Perhaps in another 30 years, they in turn will seem as ancient as the Egyptian relics at the Louvre

Terror on the Rue des Rosiers