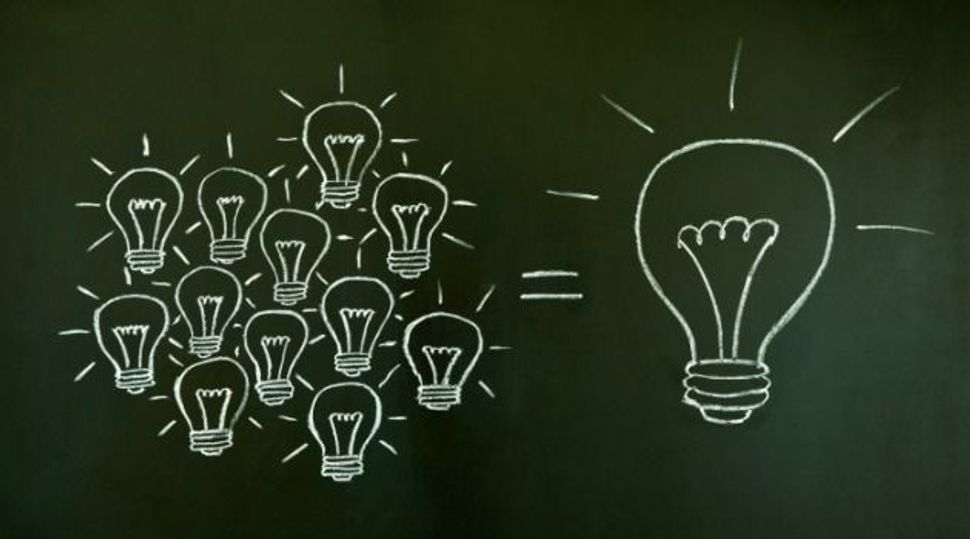 The Name of the Game: Collaboration could be fruitful for small Jewish non-profits and larger established institutions. Image by thinkstock

The Jewish innovation economy is booming. One study from 2010 claimed that about 600 new initiatives had been launched in the previous decade. These Jewish startups represent millions of dollars in investment on programs that reach thousands of American Jews. But despite this proliferation, another recent study, conducted by the organization Bikkurim, declared that “the success of the innovation startup sector is by no means assured.” The demise of JDub Records, in 2011, seemed to prove the point. Startups still had a long way to go to prove they could eventually turn into sustainable organizations that are financially viable and have clear missions .

What is missing, surprisingly, from both the Bikkurim study and almost every other discussion of how to turn Jewish startups into long-term enterprises is a serious conversation about strategic partnerships and collaboration between startups and more established organizations. Synagogues, federations, and Jewish community centers are — or at least should be —looking for new ways to engage more Jews, while startups need the kind of stability and infrastructure that larger organizations can offer.

By way of example, Valley Beit Midrash is a Jewish startup organization that was initially founded in 2007 in the Greater Phoenix area to provide communitywide, pluralistic adult education. VBM took shape as a partnership between the largest Reform synagogue in the community and a now-defunct independent minyan. The willingness of the leadership of this large, well-established Reform synagogue to enter into a creative partnership with a nonestablishment startup organization reflected its desire to take chances and step outside its comfort zone. For the startup, it represented an acknowledgement of its own limitations in terms of credibility, reach and viability. The result was overwhelmingly successful, with programs oversubscribed and the sense among the leadership of both organizations that something new and exciting was happening in our community.

By the fall of 2010, VBM felt confident enough to launch a larger program and a more dynamic initiative that included additional partner organizations.

On the strategic axis, VBM now counts six synagogues and the Valley of the Sun Jewish Community Center as organizational partners. These established organizations pay to become partners, thus supporting the overall sustainability of VBM. In addition, they make their facilities available at no charge, as an in-kind donation. In return, the partners have the opportunity to host high-quality programs that reach out to a broad cross-section of the community. Partner organizations save money and get a better product.

These strategic partnerships have allowed VBM to operate without a building, thereby controlling other overhead costs. As is well known, the edifice complex that preoccupies so many Jewish organizations has created legacy costs that are extremely burdensome and, in some cases, fatal. By contrast, VBM is provided with office space by one of its partners. In addition, during the formative years of the startup, VBM operated as a fiscal agent of one of its partner synagogues, thus saving on the costs related to creating and maintaining an independent 501(c)(3) entity. Not having to secure revenue (earned or contributed) to pay those overhead costs was critically important to the early success, making it possible for a very high percentage of all income to go directly to staff and programs.

On the ideological axis, collaboration has enabled VBM to build and nurture relationships across divides present in so many other Jewish communities. Among the partners are Conservative, Orthodox and Reform synagogues. In an American Jewish community seemingly more divided than ever — and nowhere more so than between Orthodoxy and the progressive Jewish movements — our program rekindles a commitment to pluralism that has been sorely missing among American Jewry for some time.

Valley Beit Midrash is a model for collaboration between startups and establishment organizations, and it can be replicated in many other Jewish communities around the country. Such partnerships will support creativity while ensuring sustainability, and provide wisdom while being open to risk. Furthermore, meaningful collaboration between different synagogues has the potential power to counteract the kind of territorialism and denominationalism that is ever-present in American Jewish life and that so many see as a turn-off.

Ultimately, this form of collaboration presents an opportunity to build on — indeed, to multiply — the successes of both the innovation economy and the Jewish establishment around the country in a manner that will surely enrich the quality of Jewish life for those already engaged, as well as for those who are yet to become so.

Darren Kleinberg is the founding director of Valley Beit Midrash.

Jerry Hirsch is chairman of The Lodestar Foundation, which seeks to encourage collaboration between nonprofit organizations.