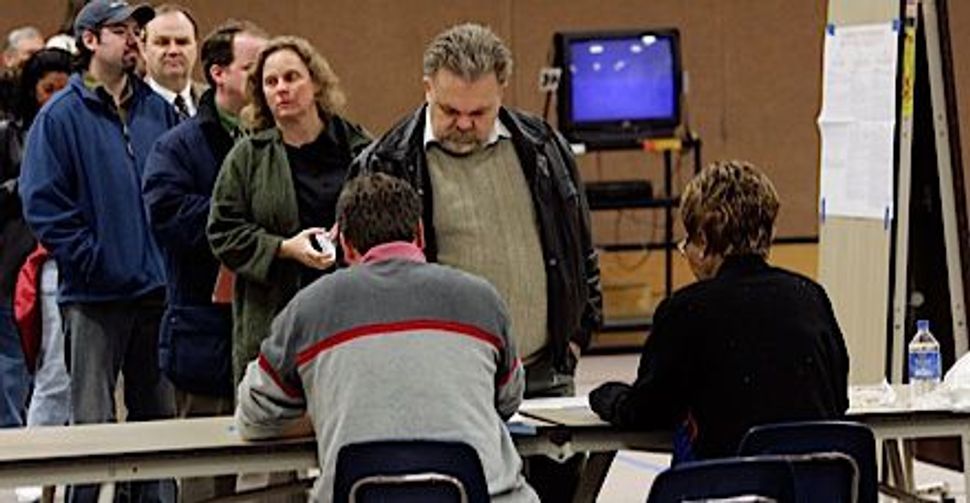 Officials of the state of Pennsylvania can offer no evidence of anyone fraudulently voting in person for more than a decade, or planning to do so in November. None. But that didn’t stop Republican lawmakers and the Republican governor in this all-important swing state from enacting an outrageous new law requiring that anyone seeking to cast a ballot produce an official photo identification. A Commonwealth Court judge just upheld the law, even though it could disenfranchise as many as 759,000 people, about 9% of the state’s registered voters.

The United States has a long history of voting rights being granted and then taken away, but the scope and unscrupulousness of this year’s efforts in Pennsylvania and eight other states is breathtaking.

An excellent analysis by News21, a Carnegie-Knight investigative reporting project, examined more than 2,000 cases of alleged election fraud over the past dozen years and found that in-person voter impersonation was “virtually nonexistent.” As in: only 10 cases, about one for every 15 million prospective voters.

There was more alleged fraud in absentee ballots and voter registration, but in most cases “people simply made mistakes,” Natasha Khan and Corgin Carson, the News21 reporters, concluded. More than 46% of the reported allegations resulted in acquittals, dropped charges or decisions not to bring charges.

And yet 37 state legislatures — all but one controlled by Republicans — have enacted or considered tougher voter ID laws, a blatant attempt to address a problem that doesn’t exist. The stricter requirements do have one civic consequence, however: They adversely affect poor and minority citizens, who are more likely not to have drivers licenses, passports, or the kind of government-issued IDs specified in these laws.

This, of course, is not a coincidence.

Voting is a sacred right and a civic duty, and no one should ever abuse the process. But our society needs to encourage, instead of discourage, this essential form of participation. Only eight states and the District of Columbia offer Election Day registration, for instance, which has been shown to increase voter turnout, especially among first-time voters. It’s no exaggeration to say that in this tight presidential election, every vote may, indeed, count. America does not live up to its promise if citizens are turned away or dissuaded from voting in a cynical attempt to fix something that is demonstrably not broken.