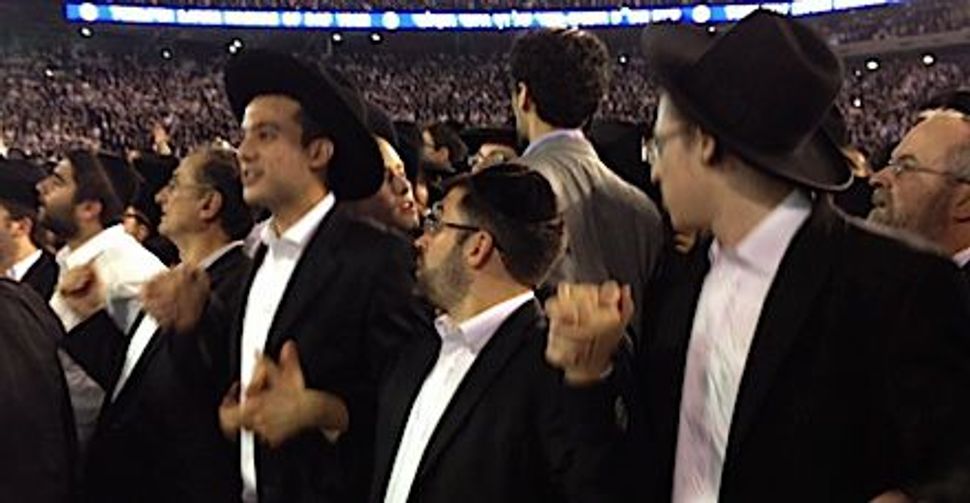 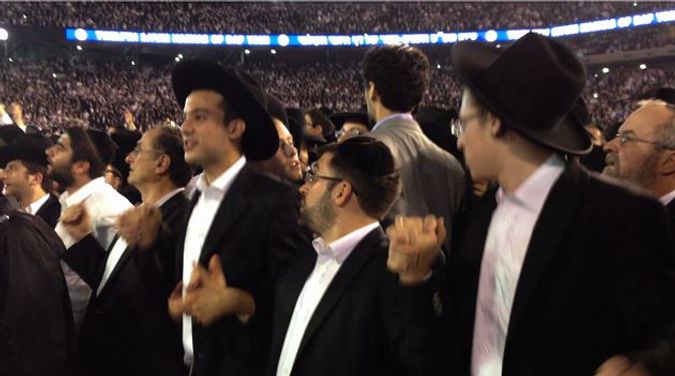 No Jewish tradition is more revered, more popularly identified with Judaism than learning. And yet, strangely, the commandment to study Torah appears nowhere in the Torah. It actually originates in the Talmud. The sages inferred it from the biblical commandment to “teach it (the Torah) diligently to thy children” (Deuteronomy 6:7). They figured you can’t teach it if you haven’t learned it yourself.

Whatever the Torah says, though, the Talmud insists study is commanded — in fact, it’s “equal to all the other commandments combined” (Tractate Shabbat). This is the logic behind the celebrated Daf Yomi movement, in which tens of thousands of people worldwide study a page a day of Talmud. They just concluded their 12th seven-and-a-half-year, 2,711-page cycle with the August 1 spectacle known as Siyum, featuring mass rallies at MetLife Stadium in New Jersey and dozens of other locations on five continents.

But since all this stems from the commandment to teach one’s children, Rabbi Ephraim Buchwald argues in a compelling article in the Jewish Press that Daf Yomi-niks might want to rethink their priorities and consider spending that hour a day studying with their kids.

It’s a powerful thought. But I want to take it a step further, and suggest that the entire Daily Talmud movement do some rethinking. That New Jersey rally was an enormous missed opportunity. For one brief moment, the world media’s attention was focused on Orthodox Jewry and its love of study — not because it angers draft-age Israelis or sparks lawsuits in New York suburbs, but because it inspires thousands of our neighbors to seek wisdom.

This was a huge teaching moment, reported in print and broadcast to a global audience of millions, most of them clueless as to what’s in the Talmud. It was a rare chance to show the world what the big book is about, how it works, why it’s been cherished through the centuries.

Instead, we got a victory lap, a self-congratulatory salute to the hardy folks who got through — well, whatever it was they were reading. Not surprisingly, the media coverage consisted of endless stories about people with funny hats who heroically squeeze sacred study into their busy days. That, plus the inevitable sniping about who wasn’t invited to the party, like women and Reform rabbis.

Imagine if the pages of Talmud reprinted in the fat program books also featured accesible entry points for beginners. Recently two excellent English editions have come out with iPad apps. Imagine those on the Jumbotron. It could have been a game-changer.

What might we show the casual viewer? We could begin at the beginning, Page 1 of Tractate Berachot: “From what time do we recite the evening Shema prayer?” Unfortunately, we’d lose most of our audience right there, since the vast majority, alas, don’t recite the prayer and don’t care.

We could start where generations of schoolchildren have been forced to start, on Page 1 of Tractate Bava Kama: “The four principal categories of civil damages are known as the Ox, the Pit, the Grazing Cow and the Fire.” Had enough of that? I thought so.

But why not be creative? The Talmud is essentially a collection of lecture notes, grouped in rough categories. You could start almost anywhere. If I were choosing a text for the summer of 2012, I’d start on Page 7 of Tractate Sanhedrin, discussing the choosing of judges:

“When Rav Dimi came to Babylonia from Palestine, he related this teaching: What do we learn from the verse (Proverbs 29:4): ‘By justice a king sustains the land, but a collector of donations (ish terumot) destroys it’? It means that if a judge is like a king, who doesn’t depend on outside help, he sustains the land, but if he is like a priest who goes around to people’s barns collecting fees, he destroys it.”

Then, after a brief discussion of incompetent judges, comes this: “It is written (Exodus 20:20): ‘You shall not make with Me any gods of silver, nor gods of gold.’ Since this directly follows the Ten Commandments, which forbade graven images, what does it add? Rav Ashi, the editor of the Talmud, explained (amplified by Rashi) that it refers to public officials who are chosen through the influence of money.”

I know what you’re thinking: This is holy text. You can’t just jump around and make it look the way you want. Oh no? Look at Rav Ashi’s quote from Exodus. What’s that if not creative? But let’s cut to the motherlode of Talmudic creativity: The passage in Tractate Bava Metzia where the rabbis discuss whether a certain new-fangled oven is kosher. All but one agree it isn’t, but that one, Rabbi Eliezer ben Hyrcanus, won’t give up. He moves heaven and earth to prove he’s right: ordering a stream to flow backward, a tree to leap 50 yards, the walls to tilt inward — but the rabbis just grow impatient.

Finally Eliezer summons the Heavenly Voice. Sure enough, the Voice descends: “Why do you question Rabbi Eliezer, when My law agrees with him?” Now Rabbi Joshua ben Hananiah jumps up and cries: “It is not in heaven.” He’s quoting a passage (Deuteronomy 30:12) that plainly means the Torah is not too lofty to understand. But the Talmud uses it to rule that once the law was given to humankind, it’s ours to interpret, not Yours.

But wait: What about the original intent of Scripture? What about the jealous God who brooks no dissent? What is this, democracy? Well, yes, sort of. Consider Sanhedrin chapter 8, discussing the rebellious child (Deuteronomy 21:18) who must be taken to the city gates and stoned to death. The Talmud examines the relevant verses and concludes — after a rollicking tour through the lives of Noah and his sons, King Solomon’s relationship with his mother and the merits of pickled beef and aged wine — that to qualify a child must have sprouted two pubic hairs but not the full “beard,” have a father and mother of identical voice and appearance and have eaten exactly a half-pound of half-cooked beef and a pint of semi-diluted Italian wine in the company of 10 or more utter scoundrels. The rabbis conclude: There never was such a child and the law exists merely for our reading pleasure. But Rabbi Jonathan says: There was one and I sat on his grave.

What can we learn from this? First, that the Torah is, like any constitution, a fluid, living document that shouldn’t constrict us but nurture and grow with us. Second, that the Talmud doesn’t tell us what to think, but simply, joyously keeps us on the same page as we argue. Third, that these books are, as Rabbi Joshua reminds us, ours for the taking.