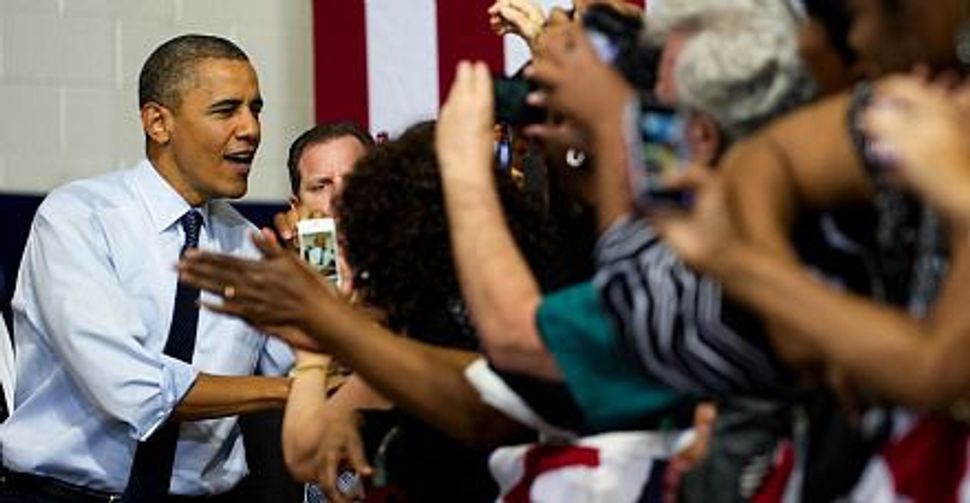 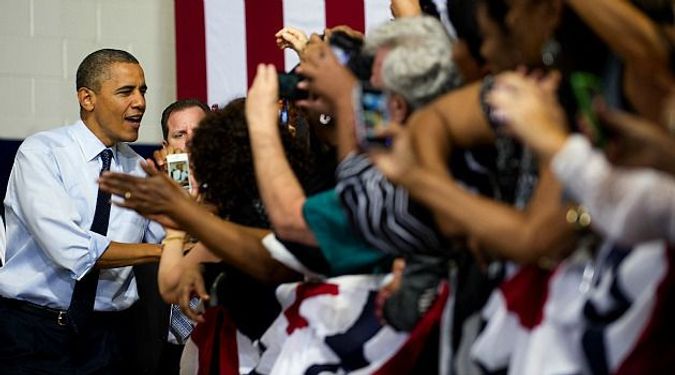 Jews and Liberalism: Despite the complaints of a small minority, Jews are likely to back Barack Obama by the same large margin they did in 2008. Image by getty images

The Republican Party has a death wish, and has for at least the last 32 years and longer.

No, I am not talking here about the passing episodes of outright stupidity or sophomoric high jinks we have recently witnessed. I am talking about a fundamental and even willful misunderstanding of the connection between Jews and liberalism. How do I know this? Buried deep in my files are the results of a symposium conducted by Commentary in 1980, before the parties had settled on their nominees, back when it seemed that Ted Kennedy or perhaps even Pat Moynihan might displace Jimmy Carter as the Democratic candidate and when both John Connolly and Ronald Reagan were being prominently mentioned as Republican possibilities. The subject of the symposium? “Liberalism and the Jews,” and Commentary’s evident hope was that most of the 52 participants would, as many did, find liberalism wanting and the Jewish disposition towards liberalism an anachronism.

I admit that it may seem an exaggeration to claim that a party then on the verge of controlling the White House for 20 of the next 32 years was the victim of a death wish. So let me be more circumspect: With regard to the prospect that a mass defection of Jews from their traditional liberal stance was imminent — a claim with some currency on this, the eve of another fateful election — we may fairly say that the more things change, the more they stay the same.

What agitated the end-of-Jewish-liberalism symposiasts back in 1980 — some more strident, others more ruminative — was not, by any reasonable stretch of the imagination, the familiar liberal preferences of most American Jews. It was, first and foremost, a caricature of the Jewish stance, a bruising critique of the Jewish far left, ostensibly still in the thrall of the Soviet Union, gung-ho for quotas, indifferent to anti-Semitism, sympathetic to the PLO, indulgent toward crime, annoyed by claims of particular Jewish interests.

That there were such people, no one can doubt. But that they ever represented mainstream Jewish liberals, no one can responsibly claim. And indeed, some of the more ruminative assessments argued not that Jews had abandoned liberalism, but that liberalism had abandoned the Jews. We remained passionate advocates of civil rights and civil liberties, of affirmative action (but not quotas), of church-state separation — but liberalism itself had fractured into a mélange of interest groups, and it was often difficult to connect the disparate dots. Nonetheless, Eugene Borowitz, who began his essay by saying: “I do not recognize the Jewish liberals the symposium statement mentions. I know Marxists, radicals, and pseudo-radicals who support quotas, turn from Israel, flirt with the PLO, and condone black anti-Semitism. Such views are generally anathema to the Jewish liberals I know …” concludes with “Liberalism may not be the Messiah — but it remains our best Jewish way of living with less sin.”

So then, so now. Here and there, barricades to be mounted, occupations to excite, but most of all, and especially after nearly four years of Barack Obama, an obstinate fealty to traditional liberal verities, a firm intention to live with less sin and a recognition that the lackluster Republican candidates offer only a rationale for sin compounded. I believe they radically misunderstand America, misstate both its urgencies and its possibilities. And with one troubling exception, that is where most American Jews are and determines how they will vote in November.

The exception? An acquaintance who regards Obama as “a monster,” no less, and who speaks with some authority for a rising constituency of Orthodox Jews, a constituency convinced beyond reason that Obama is anti-Israel, that scorns Ehud Barak’s repeated assertion that Obama has done more to enhance Israel security than any of his predecessors, that is seduced by the prospect of federal aid to religious schools, that by and large is prisoner to Jewish particularism. Together with some number of the one-percenters, whose motives may be more directly mercenary, these will likely reduce the 78% support for Obama in 2008 to closer to 67% — a disappointment, but hardly shameful.