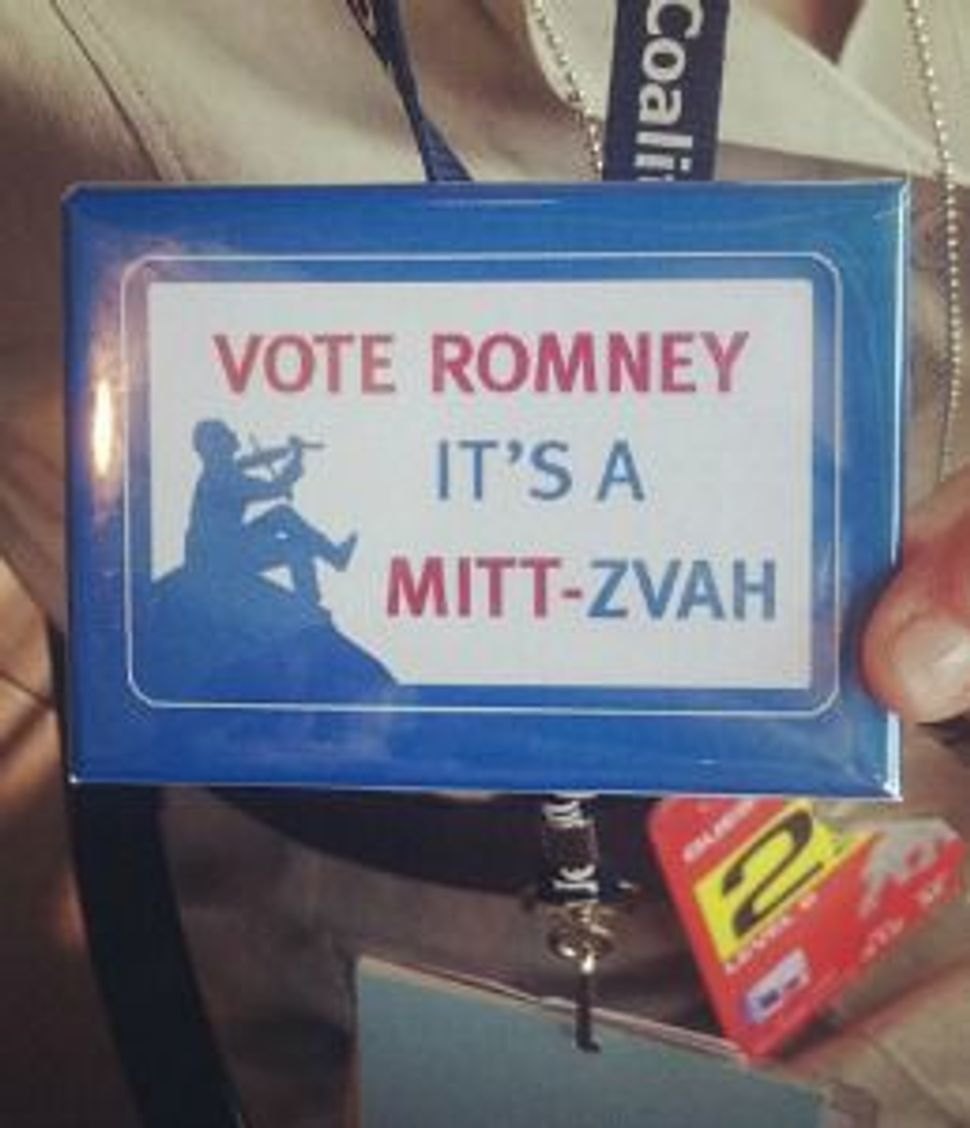 There’s an early entry in the category political pin of the year. Not sure how everyone missed this pun for the first eight months of the political year, but finally someone realized that Mitt Romney’s first name can be turned into a Jewish good deed without too much trying.

As the Republican National Convention officially begins today, a bit of intrigue consumed the Twitter-verse this morning.

The schedule now includes a “To be announced” speaker on Thursday night, before Sen. Marco Rubio and Mitt Romney take the podium.

So who’s the mystery man (or woman)? Your Tweet’s as good as our’s.

@RosieGray, covering the convention for BuzzFeed, was at the Florida delegation breakfast this morning. No word on what was served, but she did have a breakdown of protestors interrupting Rubio’s speech. One yelled, about the GOP supposedly “whoring itself out” to corporations, while an elderly woman said, “Mr. Rubio, I want you to pay your fair share!”