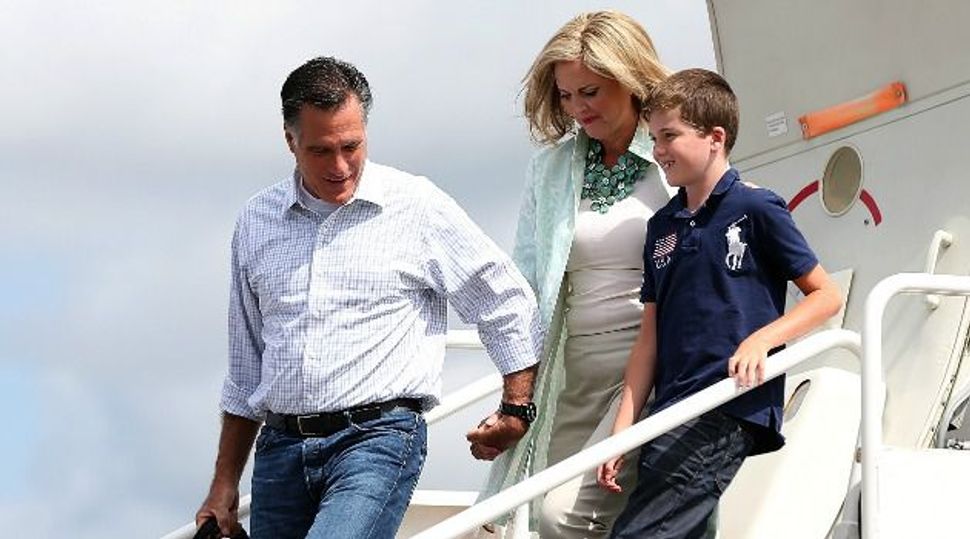 Regular readers of these pages are most likely strong supporters in the safety net programs set up in the New Deal, Great Society and now Obamacare legislative eras. They hold these programs to be good examples of America’s capacity to care for the ill, the poor, the destitute and the aged. And they find in these programs America’s expression of the Jewish concept of tikkun olam, repairing the world as it is, in the service of God and Torah.

So in this presidential election, as in every election, these socially conscious Jews are lining up behind the candidate on the left side of the political divide. President Obama has certainly honored the wishes of those tikkun olam-minded voters who supported him in 2008. He expanded the welfare state in virtually every direction.

And since Obama has presided over the slowest economic recovery in postwar history and the worst jobs record in any recovery, we’ve had millions more opportunities to express our spirit of tikkun olam.

Obama speaks regularly of the need to make investments in America’s infrastructure and future, and I believe him. But in reality, America is not so much in the investing business as in the loss-covering business. Roughly $7 out of every $10 spent by the federal government goes toward cleaning up other people’s mistakes or problems: housing assistance, food stamps, free or reduced health care, free and reduced lunches in schools and other educational supports, and subsidies for farmers.

In perhaps the finest display of the spirit of tikkun olam, only half the country has to pay for it. Half of Americans pay almost no income taxes — and in some cases, because of tax credits like those awarded for every child a family has, they even receive income tax refunds despite having zero income tax liability.

So if you’re a tikkun olam voter, you should be thrilled.

Of course, all this tikkun olam comes with an enormous price tag — one so big that it has heaped trillion-dollar deficits on the nation each year of Obama’s presidency. The Social Security trust fund will be empty several years earlier than we expected when Obama took office. Medicare’s trust fund will hang on longer, thanks to Obamacare, but it still carries trillions in future liabilities that expected tax revenues won’t cover.

The president says that deficits would be far lower if Congress could only raise taxes on the super-wealthy to Clinton-era heights. But that would raise roughly $80 billion more a year. In other words, we’d still have roughly 90% of the same deficit problem we had before.

So while I’d say that tikkun olam has had a pretty good four years, it sure doesn’t look to me like it has a very rich future. At some point, all that tikkun olam is going to wreck the country, and that, if I’m not mistaken, is pretty much the opposite of the goal of tikkun olam.

So with all due respect to all those Rabbis for Obama, maybe we should try another approach. If our goal is to heal the wounds in the world, maybe the right way to do that doesn’t involve seizing wealth from people who work hard to give it to people who don’t. Maybe it shouldn’t involve the construction of a vast super state of regulatory czars and czarinas, people capable of writing a rule that could, without review from elected legislators, destroy a citizen’s life work. Maybe we should ask ourselves whether tikkun olam means making people even more dependent on the goodwill of the state.

And by the way, freedom and free markets have been good for the Jews and for tikkun olam. Cast your eyes over the sweep of our 5,000 years of history. Wherever Jews have lived in relative freedom and free markets — the United States, Britain and its commonwealth, the Ottoman Near East, post-Enlightenment Western Europe — we’ve done pretty well. We’ve built great communities. We’ve devoted ourselves to Torah. We’ve pursued tzedakah, charity, with abandon.

By comparison, in nations where freedom was under attack or in decline, and the power of the state in ascendancy — most notably, monarchist Spain, czarist as well as communist Russia, most of Europe during the Middle Ages — Jews have suffered and so has Judaism, including and especially our capacity to commit acts of tikkun olam.

You could say that freedom and free markets are just about the best thing that Judaism has ever known. And in that sense, free markets and freedom have been good for tikkun olam.

So you have a choice this fall: You can stick with a president who believes deeply in the power of the state and who has done a lot to make tikkun olam voters happy, but who is, without question, endangering our nation’s ability to pursue tikkun olam programs in future years; or, you can switch to a candidate who believes in the power of individual freedom — and has shown through his own example of voluminous giving of charity to his church and his community that prosperity and success breed far more tikkun olam than can be achieved through the taxing power of the state. Vote Mitt Romney. He’s the real tikkun olam candidate.