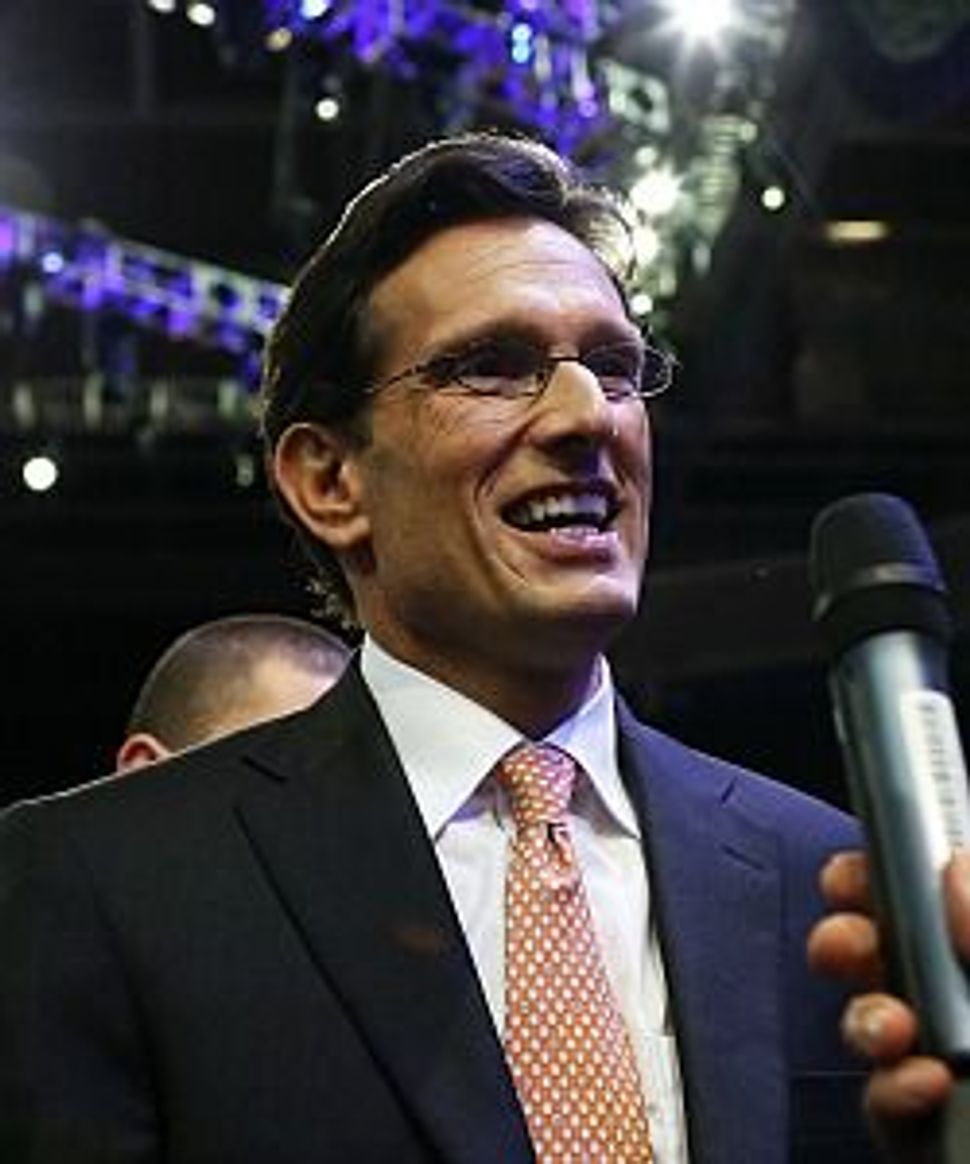 The Republican Jewish Coalition flexed its political muscle Wednesday evening when it attracted some 20 members of Congress and more than 100 supporters to a pro-Israel reception on the sidelines of the Republican convention in Tampa.

It was an opportunity for sitting and aspiring lawmakers to tout their pro-Israel credentials and for the RJC to demonstrate its ability to draw a nice crowd of top tier politicians in a highly competitive convention environment. Dozens of interest groups hold receptions, parties and dinners all at the same time slot, just before the prime time speeches from the main convention stage.

Highlighting the event were Sen. Lindsey Graham of South Carolina, South Dakota Sen. John Thune, who amused the audience with a story of his joint pheasant hunting trip with RJC director Matt Brooks during which Brooks, according to Senator Thune, got shot. Texas U.S. Senate candidate Ted Cruz, who delivered a much noticed speech at the convention a day earlier, and Florida Congressman Alan West, a pro-Israel hawk who Democrats hope to unseat in November were also there.

“Being the number one target for liberal progressives, for J Street — I wear that as a badge of honor,” West said.

Another star guest was former presidential candidate Rep. Michele Bachmann, who demonstrated a remarkable ability to stick to her speech while protestors from the anti-war group CodePink shouted slogans and waved banners.

These demonstrations have become an integral part of almost every Jewish gathering and the protestors were seen at federations’ general assembly gatherings and AIPAC conferences. At the RJC event, CodePink activist, Medea Benjamin, registered as a reporter, then quickly crossed the rope keeping the press to the back of the room and started calling for an end to Israeli occupation of the West Bank.

The evening’s star was undoubtedly House Majority Leader Eric Cantor, the most senior Jewish member of Congress and the sole Jewish Republican on the Hill. Cantor, who showed up toward the end of the event for a brief visit, used the podium to make a pitch for other Jewish Republicans now trying to get elected. Cantor is travelling the country helping out struggling Republican candidates and a call for donations at a gathering of wealthy Jewish Republicans could help this effort.

Political commentators have noticed Eric Cantor’s absence from the list of convention speakers, a surprising move given his top position in Congress and his consistent drive for fiscal responsibility and federal accountability. He is also a close friend of vice president candidate Paul Ryan. While a reason for not giving Cantor stage time was not provided by organizers, some speculate that it reflects a desire by the Republican National Committee to steer attention away from Congress, which many voters view as dysfunctional.

The Republican Jewish Coalition is entering the 2012 elections cycle with a record high budget of $6.5 million which it plans to spend on convincing Jewish voters in swing states to vote for Mitt Romney. The group is launching its first-ever ground operation in Pennsylvania, Ohio and Florida in which volunteers will go door to door in Jewish neighborhoods and make phone calls to Jewish supporters. To help in this and other outreach efforts, RJC put together a list of Jewish voters based on a survey conducted by a private company in key battleground states. It will be the first time a database of Jewish voters is compiled based on actual conversations with the voters which verify they are, in fact, Jewish. Most other polling done among Jewish voters is based in general on common Jewish names and neighborhoods.

The RJC will also conduct its own exit polls on election night, promising another source of information for analyzing the Jewish vote. Nationwide exit polls usually reach only several hundred Jewish voters and therefore their margin of error is relatively high.

But most the RJC’s campaign money will go to a major $1.5 million TV ad buy in Florida, Ohio and Pennsylvania, where ads will show Jewish Americans who voted for Obama in 2008 and now experience what the RJC describes as “buyer’s remorse.”

As is the case with every political advocacy group in every election cycle, the RJC is also sure it will win. Matt Brooks said Wednesday he “has zero doubt” that Romney will win, adding that he is willing to predict that more Jews will vote Republican in 2012 than in 2008, a point even Democrats seem to agree about. Of course, Barack Obama won more than 75% of the Jewish vote, so the bar is somewhat low for the GOP.

“Democrats,” he said, “continue to miss the opportunity by trying to scare the Jewish community on social issues. People are tone deaf.”

The only notable no-shows at RJC’s reception on Wednesday were Sheldon and Miriam Adelson, the mega-donors who also give significant sums to the organization. Organizers expected them to come, but, true to form, the Adelson chose to stay away of venues swarming with media.