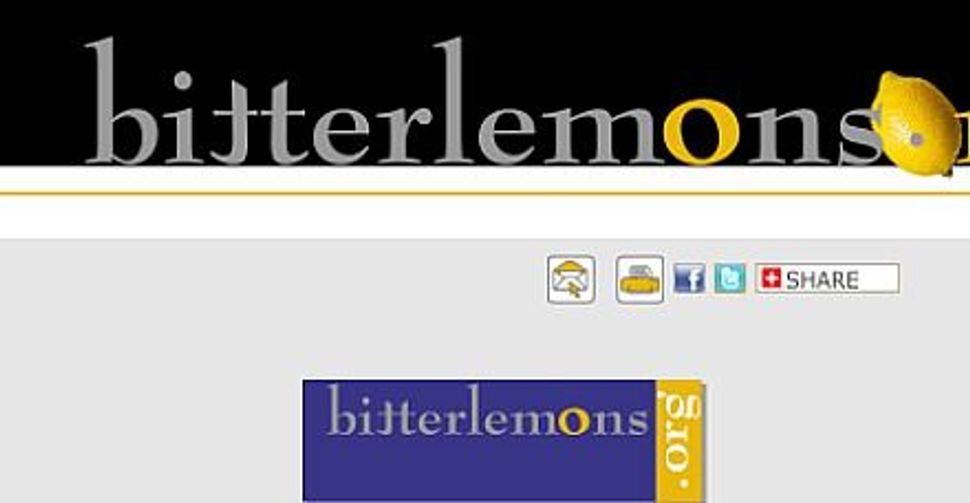 In the peripatetic world of online publications, for two writers to stay in the same place for eleven years is unusual and laudatory. Yossi Alpher, an Israeli (and Forward contributing editor) and Ghassan Khatib, a Palestinian, started “bitterlemons” to provide a venue for real conversation about the Israeli-Palestinian conflict. In time, their efforts grew to include four different publications and two books, with a roster of contributors eager to analyze the dramatic developments in the region and to promote peaceful coexistence of the realistic kind.

When Alpher and Khatib announced August 27 that they were closing their enterprise, it wasn’t the demise of yet another publication that so saddened us. It was the reason why.

“The explanation is not disconnected from what is transpiring around us in the Middle East and globally,” Alpher wrote.

Simply put, the commitment by their supporters — foundations, donor countries and one philanthropist — had soured. Why spend money to promote peace when none is on the horizen? Worse, the writers they once published are no longer willing to step forward, pulled back into the nationalistic camps on both sides of this stubborn divide.

“We are now, it appears, at the lowest point in the arc of the pendulum,” Khatib wrote mournfully in his farewell column. And this is from an optimist!

Publications come and go. The opportunity to make peace between feuding neighbors, once lost, is more difficult to reclaim.