Hard To Repent If It’s Everyone Else’s Fault 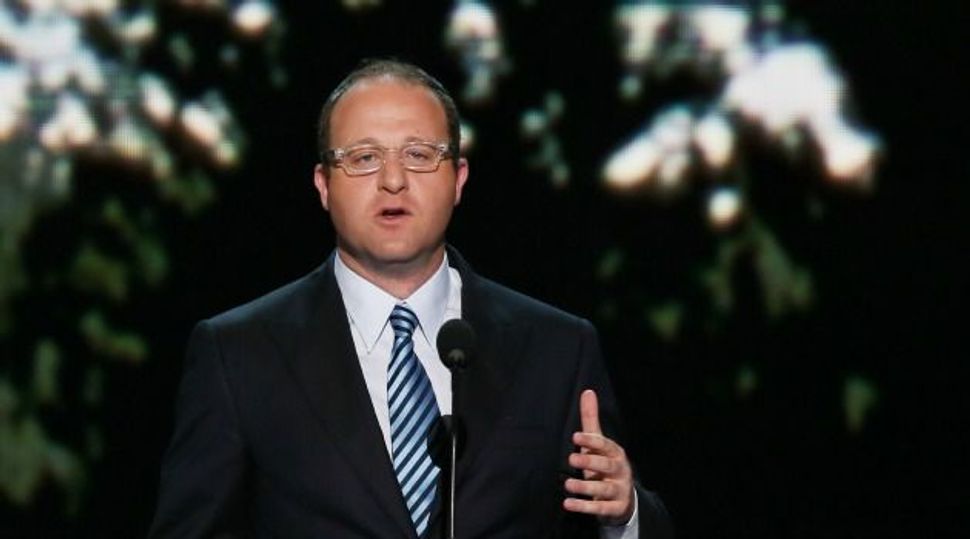 Channeling Hillel: Rep. Jared Polis warned against ignoring the views of those we disagree with, like Christian conservatives. In a sense, he was channeling the teachings of Hillel the Elder, who discussed the dangers of ?righteous anger.? Image by getty images

Well, the High Holy Days are upon us once again, and from the look of things, it seems the season of repentance and atonement is going to prove harder than ever to slog through this year. Not that we won’t give it our best. The trouble is, it’s hard to repent effectively when you believe all your problems are someone else’s fault.

Oh, we’ll say all the usual things: We have sinned, we have betrayed, we have stolen. We have lied, dealt falsely and led astray. But we’ll really be thinking: Not me. It was the other guys. Sure, some of my crowd may have lied and betrayed, but it wouldn’t have happened if they’d listened to me. Anyway, it was the other guys who started it. My folks were just minding their own business.

Mind you, the scene inside the synagogue will look the same as it always has. Our fellow congregants will be standing up and sitting down at the appropriate moments, as they have throughout the generations. They’ll beat their breasts convincingly and recite the prescribed words. And, to be fair, they’ll probably be reflecting earnestly on things they wish they’d done differently over the past year. Many will be thinking about individuals they’ve wronged, clients or neighbors they treated poorly, friends and loved ones they let down. Perhaps they’ll be thinking about something the rabbi said about the teachings of our forebears and the excellence of our heritage.

But they — we — will be missing the hard part: The collective we that lies at the heart of this season of repentance. To be sure, each of us has our share of missteps and misdeeds to repent and atone. But that’s not the point of these holiest of days. We had the month of Ellul leading up to the New Year to make amends individually to the friends and colleagues we wounded and betrayed. The Days of Awe serve a different purpose. On these days we gather to repent the wrongs we have done as a community, a people, a nation. We have sinned, the prayer says. We have betrayed. We have led astray. Not some of us. Not the other side, the ones who don’t get it, but all of us, together, as one mighty band of fools.

The hard truth is that these misdeeds we have committed as a community are hard to repent because we did them in the light of day as sacred acts in defense of the truths we hold dear. We wronged those who wished us ill, those who attacked us and wronged us, when we failed to hear and consider their grievance, or when we failed to find a way to fulfill our destiny without shattering theirs:

The neighbors we evicted and made homeless, because their mortgages were in default, or their homes could be flipped for a profit. Or, perhaps, because we were taught that God promised us the fields they live on.

Those who fell in our path when we rose up to defend ourselves, because we forgot the moral imperative to use the least force necessary, not the most force possible. And those whose unavoidable downfall we celebrated instead of mourning because we forgot the infinite value of every human life. Because we forgot God’s response when Pharaoh’s army was drowned in the Red Sea and the angels burst out in song: “My creatures are drowning in the sea, and you want to sing songs?”

Those we drove to despair and rage because the things they called holy were not the things we called holy — those we called immoral or deviant or fundamentalist or narrow-minded, ultra-Orthodox, jingoist, peaceniks or settlers. Those who are, at the end of the day, our brothers and sisters.

Those invoked by Rep. Jared Polis of Colorado in his opening-night speech to the Democratic National Convention, when he called on his fellow Democrats to “respect the Christian family concerned about decaying moral values and crass commercialism,” and to “respect the difficult decision of a single mother to bring a child into this world, because of her heartfelt beliefs.” This, after Polis introduced himself with the words: “My name is Jared Polis. My great-grandparents were immigrants. I am Jewish. I am gay. I am a father.”

For some reason we have come to think that the rules governing our collective behavior as a nation or a community or a political or religious movement are different from the rules governing our behavior as individuals. As individuals we are taught to be kind and understanding, to love our neighbor, walk humbly and share what we have. As a nation, we expect ourselves to be proud, unyielding and mistrustful. We think we can bifurcate our souls. But we can’t. A nation that teaches its young contempt of strangers will find its young attacking strangers in the street.

Hillel the Elder, that wisest of teachers, is remembered for his admonition to stand up and be counted: “If I am not for myself, who will be for me? But if I am only for myself, what am I? And if not now, when?” But he had another warning that’s too often forgotten. He cautioned us to think twice and three times before we rise up in righteous anger: “Be not sure of yourself until the day of your death, and do not judge your fellow until you have come into his place.” That’s a rule we transgress at our peril.

Hard To Repent If It’s Everyone Else’s Fault