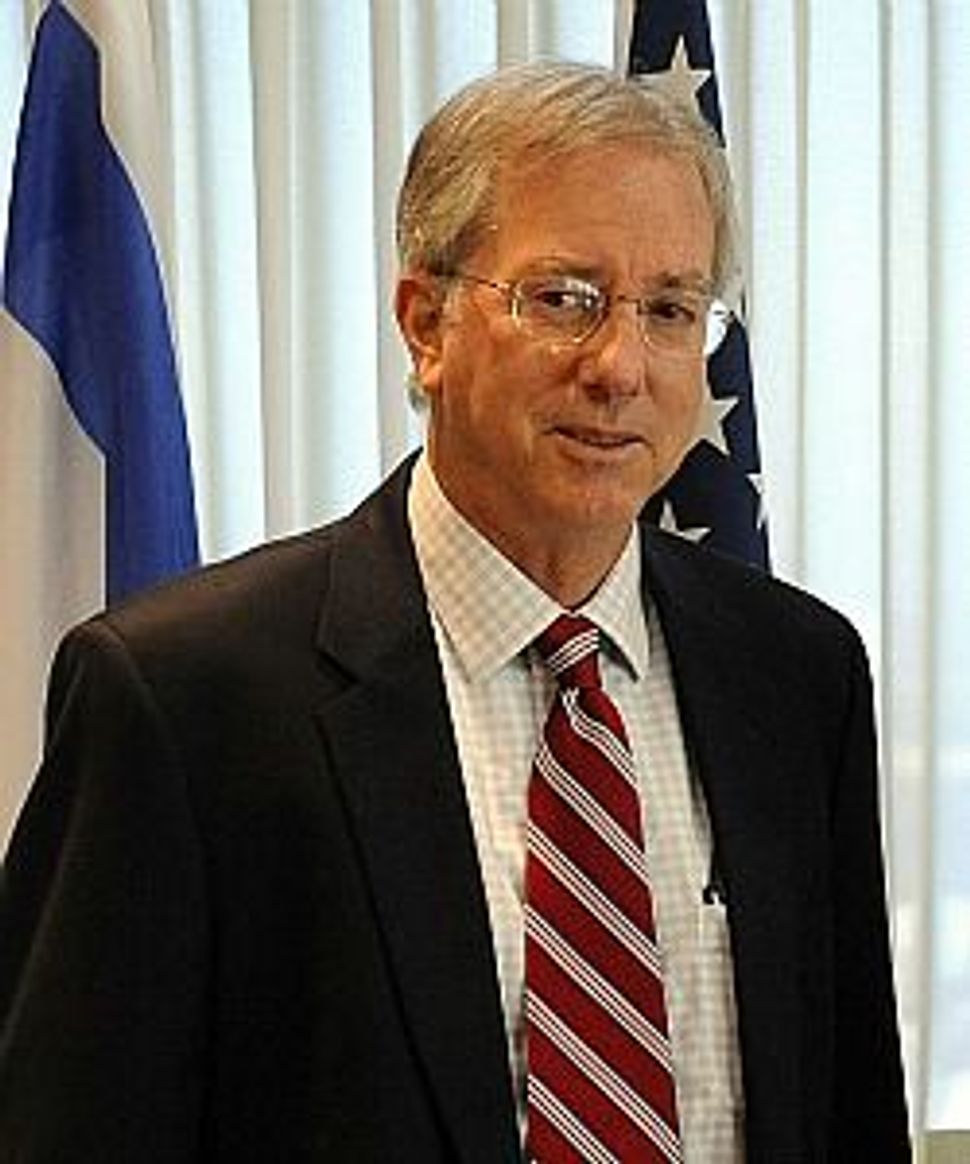 The U.S.’s most experienced Mideast negotiator said Mitt Romney’s caught-on-camera admission that he sees little chance of resolving the Israeli-Palestinian conflict could lead to a dangerous sense of “hopelessness.”

Dennis Ross, a former advisor to President Obama and a top mediator between the Israelis and the Palestinians for Presidents George H.W. Bush and Bill Clinton, said blithely dismissing the two-state solution as Romney does on a now-infamous leaked video will only undermine moderates on both sides of the Green Line.

“And if you tell the Israelis there’s no two state outcome at a time the Prime Minister has said it’s in our interest to have a two-state outcome…what are you saying is the outcome?”

Romney’s comments were made at a Florida gathering of major campaign givers in May. The Republican presidential nominee told donors that he believed that the problems between the Israelis and the Palestinians were intractable.

“I look at the Palestinians not wanting to see peace anyway, for political purposes, committed to the destruction and elimination of Israel, and these thorny issues, and I say, ‘There’s just no way,’” Romney said, according to a video of the event posted online by Mother Jones magazine.

Romney noted a handful of possible barriers to a two-state resolution, including disagreements over how a new Palestinian state’s borders would be regulated. He suggested his preferred policy as president would be to “kick the ball down the field” and hope for the best.

According to Ross, those problems aren’t without solutions.

“There are many states that have certain kinds of limited sovereignty,” Ross said. “There are precedents in the agreements that already exist,” he continued, noting that there are limits on what Egypt can do in the Sinai, which was given to Egypt following a 1979 peace treaty between Egypt and Sinai.

“It’s perfectly legitimate to identify problems,” Ross told the Forward. “But if you say that we should look to create stability but there’s really no hope here, you’re really not going t be able to achieve what you’d like to be able to do as it relates to stability.”