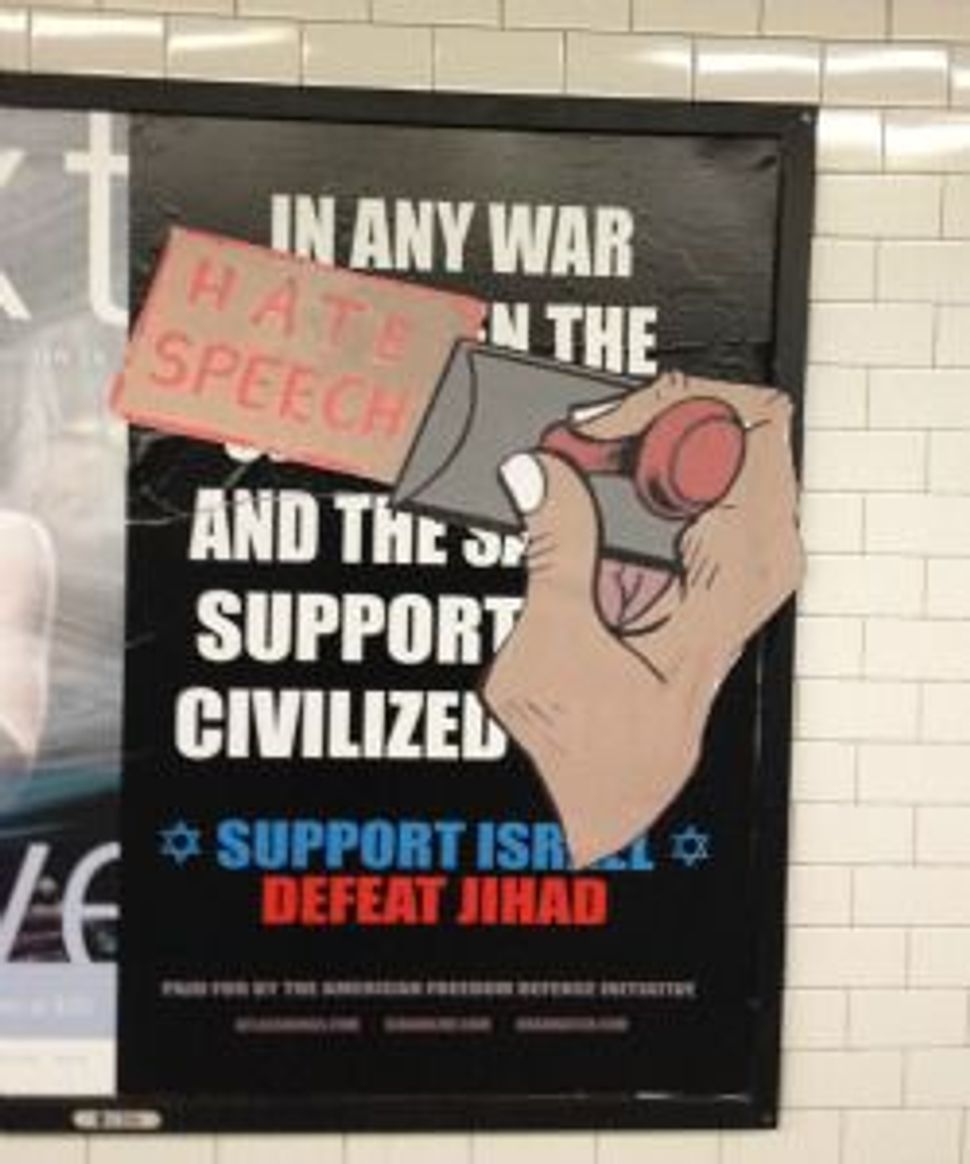 A day after anti-Muslim ads appeared in 10 subway stations across New York City, they got the ultimate Bronx cheer.

At least five of the ads, which read “Support Israel. Defeat Jihad,” were marked with stickers denouncing “racism” and “hate speech” on Tuesday.

Critics of the campaign sponsored by Pamela Geller and the American Freedom Defense Initiative, also took to Twitter on Monday, making #MySubwayAd a hit trending topic all day, with thousands of tweets. The tag was used by well-known Muslim activists, like Linda Sarsour, from the Arab American Association of New York, and Khalid Latif, from the Islamic Center at New York University.

“It’s ironic that the charge that Muslims are uncivilized is coming from a woman who is hiding behind freedom of speech to promote hate in an uncivilized manner,” said Sarsour.

Geller wrote a post on her Atlas Shrugs blog on Tuesday stating that “the objective of these ads have been more than achieved, [which was] to increase awareness of a long taboo subject – sharia and jihad.” She also said that “thousands of people” have written her messages in support of the ad campaign.

The Muslim American community had orchestrated a similar reaction on social media last week to mock the controversial Newsweek cover “Muslim Rage.” The tag #MuslimRage was used by thousands of Muslim users on Twitter to talk about food cravings – leaving the Newsweek article virtually excluded from the “Twittersphere.”

According to the New York Post, the NYPD has mobilized additional police officers to the subway stations where the AFDI ads are featured.

The ads are expected to remain up for 30 days. Geller hopes to launch a similar campaign soon in Washington D.C.