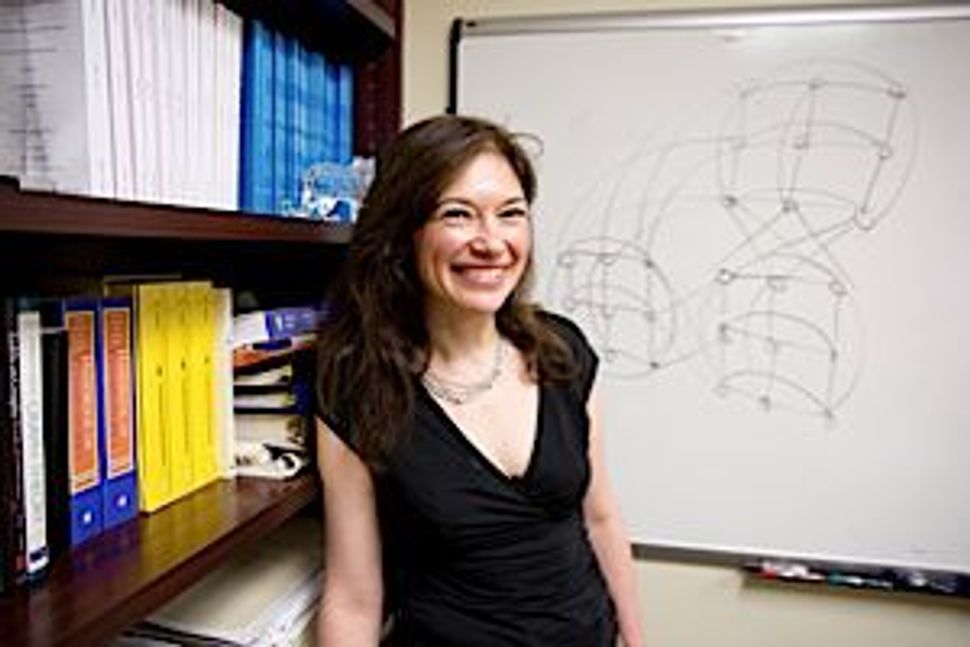 Maria Chudnovsky, an Israeli-American mathematician, was one of 23 recipients of the 2012 MacArthur Fellow awardees announced yesterday. The Columbia University professor, who teaches in the Industrial Engineering and Operations Research Department, was honored for her work in graph theory.

Her research started at the Technion, the Israel Institute of Technology and then continued at Princeton, where she earned a PhD at age 26 and went on to teach. Two years later, she was named one of Popular Science’s “Brilliant 10,” an honor awarded to the new generation of scientific innovators.

We spoke with Chudnovsky about the $500,000 “Genius Award” and her research.

Seth Berkman: When did you find out you had won?

Maria Chudnovsky: I found out a couple of weeks ago. They called and said, ‘Do you know what it is? What we do?’ I tried not to get my hopes up. Then they asked, ‘Do you know any fellows?’ And I said ‘yes,’ and they said, ‘Oh, because now you’re one of them.’ I was in complete shock, but extremely happy. I had no idea.

What drew you to mathematics growing up?

Like every kid who enjoys it, I was good at it, but one thing I like is that you can start and finish and know if what you did is right or wrong.

What made you want to study in the United States?

In what ways can we apply graph theory to every day life?

Graph theory is a great way to build mathematical models of things. You can record relations between objects. If you have a party, you can build a graph, a collection of points. Some are related and some are not. If you want to sit people at tables, the points are people and you make two people related if they know each other. So now you want every two people at a table to know each other or three people, or so that everybody knows at least somebody at their table.

Have you thought about what you will do with the grant?

Not really. It’s too big a decision. There’s a few things I’m thinking about.

The MacArthur Fellow awards are often called “Genius Grants. What do you think of the term?

It’s very flattering and it’s way too much. [laughs]

Were your students aware of the award yet?

The faculty was aware, it was on the school’s website and there was an email sent around. But in class, I was wondering if they knew. I thought they were a little bit quieter today. Possibly it was the intimidation factor working. [laughs]