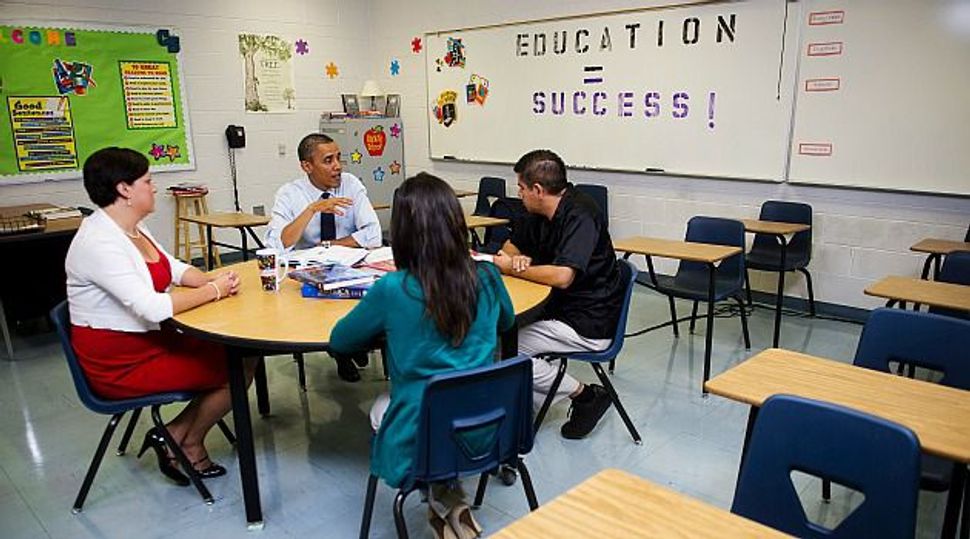 The strength of the United States, the late Claiborne Pell once said, “is not the gold at Fort Knox or the weapons of mass destruction that we have, but the sum total of the education and the character of our people.” Pell believed so much in furthering educational opportunity for Americans, and in 36 years in the U.S. Senate worked so hard to achieve it, that the federal program of grants to low-income students which he championed was later named for him. Yes, those Pell grants. Pell himself was born to great wealth and social status, but he recognized how essential it was for government to help needy Americans meet the high cost of a college education.

We’d like to believe that the patrician Pell, whose family wealth derived from land chartered by King George III, would be thrilled that nine million students from low- and middle-income households received grants of up to $5,550 this year in what has become the federal government’s single biggest expense on higher education.

In theory, anyhow. In practice, there are troubling aspects of the Pell grant program, now 40 years old. Its very growth — from $18.3 billion in 2008 to $35.7 billion in 2012 — is hailed by Democrats as a commitment by the Obama administration to broadening opportunities for higher education and, indeed, more low-income students are going to college than ever before. Republicans are scornful of those same trends, complaining that the greater reach and cost of the program has invited abuse.

It may well have, but not in the way that the GOP suggests. A substantial amount of that increased funding is going to for-profit colleges and new non-profit institutions who have figured out how to tap into this lucrative taxpayer-funded revenue stream. As our Paul Berger reports, the relatively small and little-known not-for-profit Michigan Jewish Institute run by Chabad-Lubavitch in a Detroit suburb has managed to secure over $25 million in federal aid in the past five years, much of which is spent supporting online courses for students based in Israel.

Many of these institutions of higher learning have poor academic outcomes. A U.S. Senate investigation completed in July found that taxpayers in just the last year spent $32 billion in Pell grants and other federal funding on companies that operate for-profit colleges. But the majority of students enrolled in those schools leave without a degree; half drop out within four months.

The for-profit colleges are about, well, making a profit and often enriching their administrators — the Senate report noted that the chief executive officer of Strayer Education made $41 million in 2009, including stock options.

The not-for-profit colleges are generally propelled by a more communal agenda, but as the MJI story suggests, the sweeping infusion of federal funds does raise a host of questions. Is it appropriate for public monies to help fund parochial education? Should those funds be used for studies overseas? Should they be tied to academic outcomes?

As Congress gets ready to debate another authorization of the Pell grant program, these questions should get a robust hearing. Especially because this is a program that ought to be improved, tightened, better regulated — but certainly not scrapped or diminished.

Despite the expansion of funds in the past years, Pell grants have not in any way kept up with the inflated cost of actually attending college. As the Huffington Post reported recently, in the first year of the program, the maximum grant of $452 covered almost all of a student’s tuition at a public university. Last year, the average in-state tuition was $8,244, nearly $3,000 more than the current maximum grant. And at an expensive private university? The grant probably covers gym fees and textbooks, if that.

Rather than contributing to the skyrocketing costs of higher education, as some Republicans contend, the Pell grant program has not even kept up with those costs, leaving students to amass burdensome debt after graduation.

So instead of scaling back the program, as the budget proposed by Rep. Paul Ryan has repeatedly demanded, Congress should do everything it can to support opportunities for students from low-income families and from the middle class. But that money, our money, must be spent intelligently and with regard to academic outcome.

“Colleges and universities don’t have much skin in the game when it comes to federal aid,” wrote education expert Andrew J. Rotherham in Time magazine. He recommended that some aid be conditioned on graduation rates for all Pell grant recipients. “In 2011, the Obama administration took steps to restrict the eligibility of low-quality for-profit colleges to receive federal dollars. It’s a good first step, but many private and public colleges have deplorable outcomes as well,” he wrote. “They should be held accountable, too.”

Claiborne Pell didn’t need federal help to attend Princeton University. Indeed, obituaries of the former senator, who died on the first day of 2009, suggested that with his family wealth, he could have bought Princeton University. But evidently his experience serving in World War II and observing the powerful effects of the GI Bill of Rights convinced him of its necessity and efficacy. The grant program now in his name is just as necessary today. Let it also be just as efficacious.