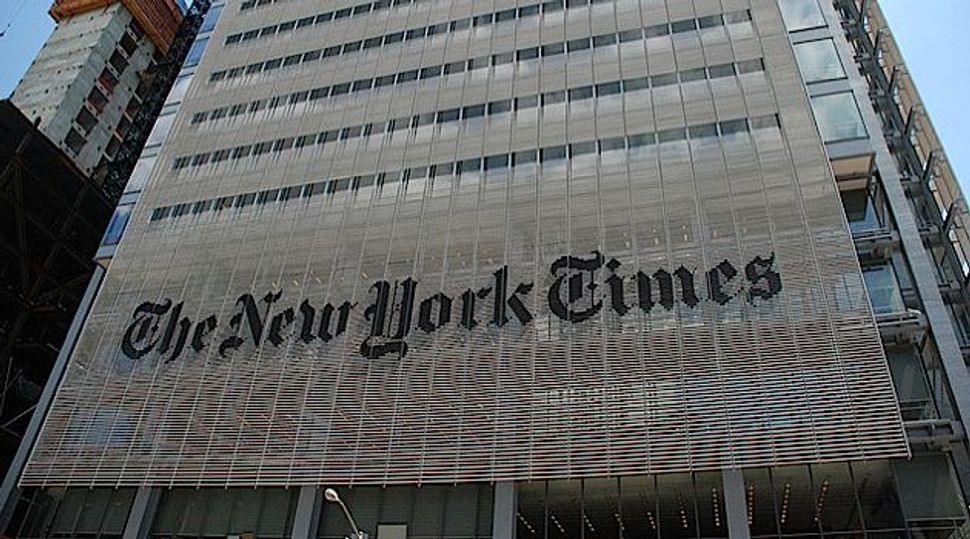 In the many thousands of words written in The New York Times about its venerated longtime publisher Arthur Ochs Sulzberger, who died on Sept. 29 at the age of 86, not a one mentioned his Jewish roots. Sulzberger’s paternal grandparents hailed from prominent Jewish families — one Ashkenazic, one Sephardic — and his father, Arthur Hays Sulzberger, was thought to be a practicing Jew, though historians contend that under his tenure as publisher, the Times deliberately ignored Jewish suffering at the hands of the Nazis. Like too many other highly successful 20th century Jews, the Sulzbergers had an ambivalent relationship, at best, with their own religious and cultural past.

It took the Los Angeles Times to note, in its obituary, that Arthur Ochs Sulzberger broke “a long-standing family taboo against placing Jews in prominent positions when he promoted Pulitzer Prize-winning foreign correspondent A.M. Rosenthal to managing editor in 1969 and executive editor in 1977.” Not only that: Sulzberger promoted Max Frankel, a refugee from Nazi Germany, as Rosenthal’s successor, and Joseph Lelyveld, son of a prominent rabbi, to succeed Frankel. Edwin Diamond notes in his book about the Times that for years, its journalists joked that there’d never be a [non]-Jewish editor in their lifetimes.

Jews and journalists are both well-represented in New York City, home of the Times, so it should come as no surprise that Jewish journalists rose to the top of the nation’s most prominent news organization. But let’s give Arthur Ochs Sulzberger his due. He promoted and supported Jewish editors (including the current one, Jill Abramson) even if his newspaper somehow forgot to mention it on its own pages.