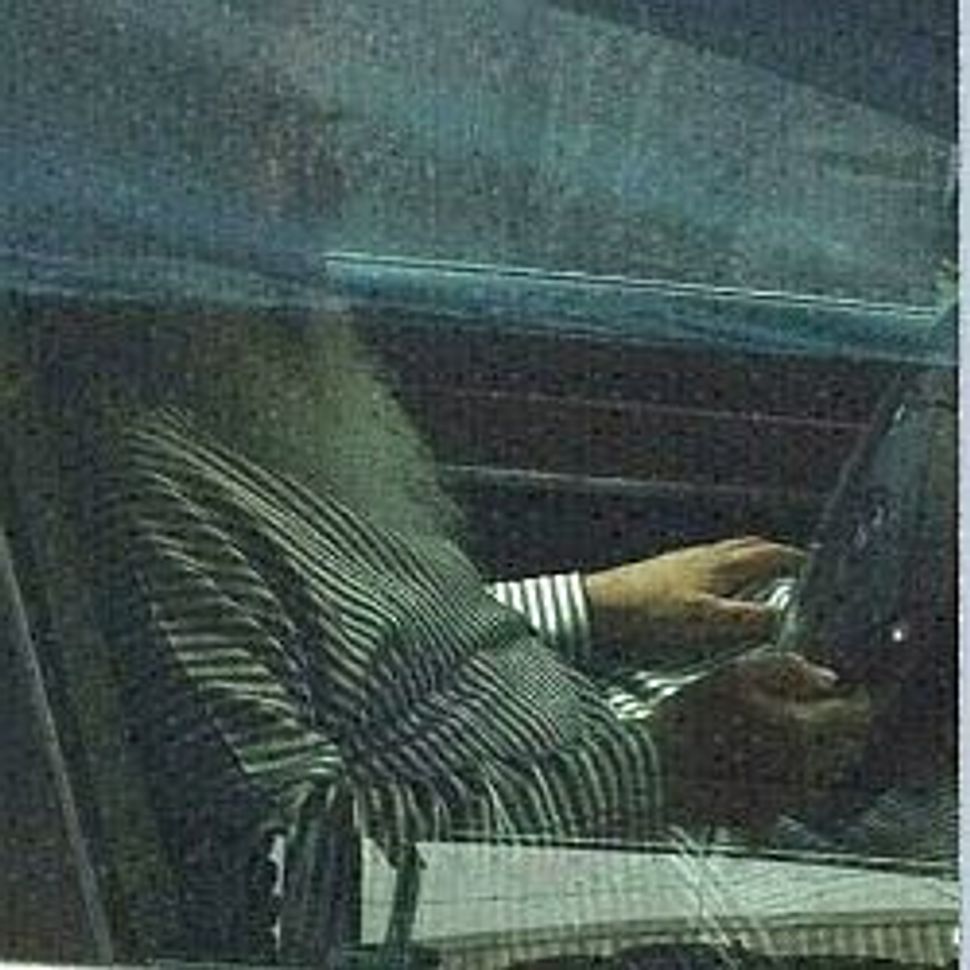 Rabbi Amnon Yitzhak, a top leader of the Israeli Haredi community, in at the center of a massive scandal.

No, he wasn’t seen with a female escort, accused of child abuse, or fingered in some kind of money-laundering operation.

But to the Haredi community, what he did might even be worse: Yitzhak was photographed the other day using an iPhone in his car.

The grainy picture, now roundly circulated on the Internet, comes after months of Haredi denunciation of smart phones.

From public iPhone-smashing ceremonies to posters calling smart phone-users the perpetrators of a “spiritual holocaust,” rabbis across Israel have made it perfectly clear that owning or using a smart phone of any kind is akin to a massacre of your soul.

So how was Yitzhak allowed to have one? On Tuesday, according to JPost, his website posted a notice titled “a clarification to prevent slander.” It conceded that the said the rabbi has an iPhone, but asserts that he received permission to own it from Rabbi Aharon Leib Shteinman, one of the most senior Haredi rabbis in Israel.

“Rabbi Aharon Leib Shteinman personally permitted the use of an iPhone by the rabbi and his staff for the purposes of bringing people back to Judaism,” the notice read.

“Anyone who doubts his rabbi is as if he doubts the divine presence,” the announcement concluded darkly.

It remains to be seen, however, if the tempest will damage Yitzhak’s reputation. After all one could assume that no proper Haredi Jew knows of this scandal, as they surely do not possess any Internet-capable devices.