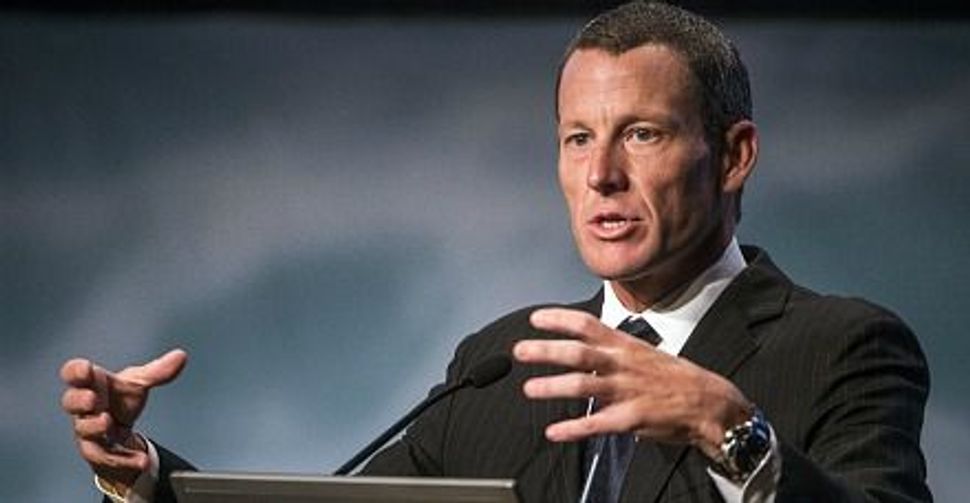 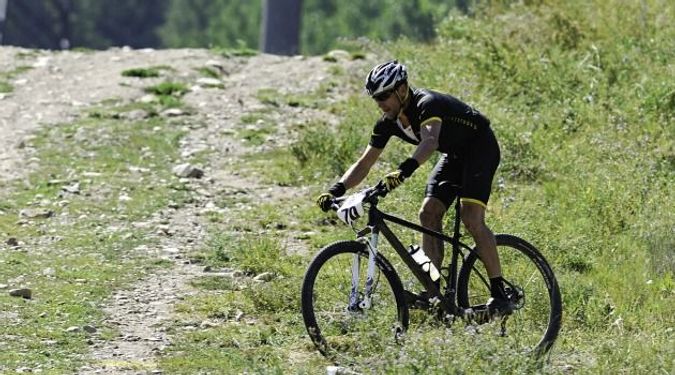 Cheater?s Always Win: Lance Armstrong has been accused of systematically cheating, and lying. But what if he did it all for the right reasons? Image by getty images

If the accusations are true, it’s hard to defend Lance Armstrong. He is accused, with supporting testimony by those close to him, of engaging in a systematic campaign to cheat in order to win cycling races, including seven Tours de France. The allegations are that he used performance enhancing drugs and evaded testing by those who are supposed to keep the sport clean and fair. That behavior has ballooned his bank account, led him to bully others and prevented cyclists who trained cleanly from winning. Armstrong’s cheating, if true, would have shattered the dreams of others and ruined honest careers, some of which were established through great personal sacrifice.

In fact, it is impossible to see all the ways the ripples of his deceit affected others, regardless of whether those others cheated as well. His cheating may have set a terrible example for many who admired and emulated him. Perhaps millions of children who believed in his hard work (he inspired a lot of people), who wanted to be like him, will turn now to deceit because it, they now know, is the way to win and be like him.

“You know what? I have cancer and while it’s true before cancer I wanted to be famous and make lots of money racing, now this is much, much bigger than I ever imagined. I have a disease that is going to kill me and I don’t feel like I can do anything about it. And the awful thing is that lots of people have this disease too and they just die. I’ve seen people lose their parents, spouses, siblings and kids and it often feels like there’s just nothing anyone can do. Lots of doctors are trying to cure it, but they need money to keep their research up.

“So: I am going to cheat. I am going to cheat my hardest and I am going to try and become the world spokesman for cancer research. If I win, even by cheating, as long as no one knows, I will get worldwide attention as a cancer survivor and donations will pour in — in large part people only donate to winners. Maybe, just maybe, I can raise millions and millions and maybe actually do something to cure this. The world doesn’t seem to care about it. Its priorities are elsewhere. Most people assume the disease is unbeatable because we have not beaten it for so long. The world accepts it. But I refuse.

“And if I get caught, I will say ‘Yes I did it. I did it because I wanted to raise money for cancer research. I know that the sport of bicycling will suffer and I know that I will lose my integrity, that I will have to bully and get other people to help me chear too, but I woke up on November 6, 1996 and I felt like no one cared enough to beat this thing for everyone, and I did.”

From a Jewish perspective, his wrongdoing falls into (at least) two categories g’neivat mammon, stealing money (prize money and endorsements, and perhaps contributions too by people who may not have given money if Armstrong was not who said he was) and g’neivat da’at, deceiving, by giving the impression that he was someone that he was not. The question is, to what degree are these sins forgivable or unimportant given the effect that they had.

In general, there are three different halachic concepts to be considered here for guidance. They are extremely complicated and well argued in rabbinic literature, such that a full treatment can’t be given in this space, but they offer a good frame for discussion:

What is the status of a mitvzah that comes about by someone doing a transgression — mitzvah ha-ba’ah ba’aveirah?

Might this be considered an aveira lishmah — a sin that is condoned because it is for the sake of a mitzvah?

To what degree does pikuach nefesh docheh hakol — saving a life justifies everything —apply here?

In order to see to what degree these ideas could be applied, I spoke to Rabbi Jeremy Wieder, a member of the rabbinical faculty at the Rabbi Isaac Elchanan Theological Seminary of Yeshiva University. What follows is a very condensed summary of our conversation:

With regard to the first halachic concept, mitzvah-haba’ah ba’aveirah, in general, the rabbis do not condone a transgression done for the sake of a mitzvah. For example, if you steal a lulav in order to fulfill the mitzvah of waving it, you have not fulfilled the mitzvah (See BT Sukkot 30a). There are some limited cases where committing transgressions do not invalidate the mitzvah itself, but the propelling actions are not excused, they are considered transgressions. If one steals money in order to save one’s own life (more on this later, some make this a strict case of pikuach nefesh as opposed to a mitzvah-haba’ah ba’aveirah), that may be permissible (or excusable, after the fact), but one still has committed a transgression, stealing, and needs to atone for that (including paying it back). It is permissible or at least an understandable sin.

From the other direction, instead of considering the mitzvah, we can consider the sin itself because there are sometimes that aveirot are condoned outright — an aveira lishma. Rabbi Wieder strongly warned that this is “an explosive subject,” (which makes sense because it might be used by people justifying their own bad behavior).

A paradigmatic example of this comes from BT Horayot 10b, which cites the story of Yael, who slept with Sisera in order to lull him to sleep and kill him (Judges 5:23-28). This sin was done for the sake of saving the Jewish people. Perhaps Armstrong’s sin, systematically cheating in order (remember this is the hypothetical) to help cure cancer and save the cancer patients is analogous.

So how does one know if the transgression one commits is in this category? Here Wieder cited the 19th century rabbi Naftali Tzvi Yehudah Berlin (the “Nitziv”) who wrote in his commentary on the Chumash that two things must be established for the concept of aveirah lishma to apply: 1) You have to calculate accurately whether the benefit outweighs the harm (which in the case of Armstrong, it seems to). And 2) It has to be with pure motivations, so that one can’t benefit from the transgression. The gemara in Horayot demonstrates this also by asking about Yael’s enjoyment of the experience with Sisera, but then roundly rejects it (a move many today would soundly applaud). Given the fame and fortune Armstrong received from winning those Tours, it is impossible to say he did not benefit from his alleged cheating (consider also his dates with Tory Burch and Kate Hudson and those stylish yellow jerseys, if you’d like).

Finally, and perhaps most interestingly, there is the question of whether this counts as pikuach nefesh, saving a life, a notion in Judaism that justifies almost anything. Rabbi Wieder cited an opinion the Rabbi Yechezkel Landau, the Noda b’Yehudah, an 18th century commentator who was asked whether the usually impermissible autopsy might be permissible if it is done to save someone else’s life? His answer was that if there were someone nearby who was dying with the same symptoms, who might benefit immediately, then the forbidden would be permissible, establishing an imminent danger standard. Wieder implied, although again, he stressed that these things are very complicated and should be dealt with much study and consideration, that committing an aveirah for the sake of research, despite the many who are dying (and dying soon), did not immediately rise to that standard.

At first glance, then, even if Armstrong decided that he was going to cheat so that he could help cure cancer, the permissibility of this act would be hard to justify, to say nothing of its praiseworthiness.

And while all this might seem a closed case, from a halachic perspective, I can’t help but be overwhelmed by the hypothetical Armstrong and the amount of money the real one raised. I am left with more questions: What if he cheated at tiddlywinks instead of on the international stage of Tour de France and managed to raise $500 million dollars. The halacha would still call this wrong, it’s genevat dat, but could we really side with the halacha? And what if one of the doctors his alleged cheating funded actually went ahead and rid the world of cancer? Would we really believe it contemptible? How much would the halacha matter? I suppose this is one of those times that we might allow ourselves to say “yes and.” Until the world is redeemed and all good things come about with good means, we are stuck with tires that go flat and roads that are slippery. A peloton of rabbis may help block the wind and make the ride easier.

Micah Kelber is a Brooklyn-based private investigator, writer and rabbi.