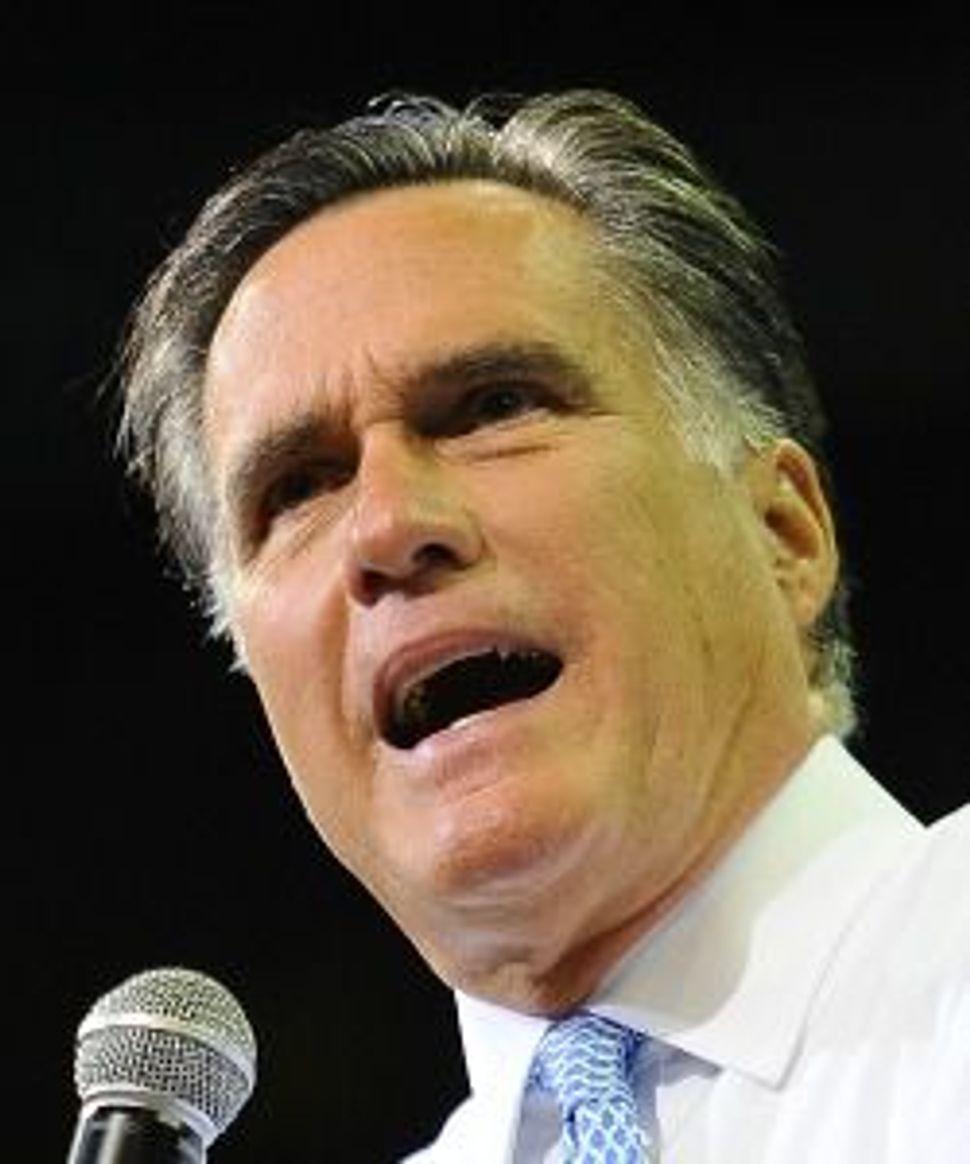 Luckily for President Barack Obama, Israel is no swing state.

A sneak preview of a poll which will be released tomorrow indicates that Republican presidential candidate Mitt Romney has won the hearts and minds of Israelis. Asked which hopeful they preferred, some 57% of Jewish Israelis said Romney, while just 22% said President Barack Obama.

The poll, conducted by Tel Aviv University and the Israel Democracy Institute, suggested that in the Arab sector, the picture was totally different. Only 15% preferred Romney while 45% wanted to see Obama return to the White House.

Interestingly, in Israel Romney even some following among those who define themselves as left-wingers. Some 30% of respondents who put themselves in this group said they preferred Romney. Among rightists and centrists the figures were 70% and 54% respectively.

Some analysts have suggested that Israeli Prime Minister Benjamin Netanyahu could see a spillover benefit in his own election campaign if Romney wins, or suffer if Obama is reelected. But 69% of Israelis say that the US election results won’t impact the outcome of Israeli elections. Some 51% of Israeli Arabs believe they will.

Of course, voting behavior experts have often pointed out that voters’ analysis of how they make up their mind is often a world away from how they really choose their candidate. So we will have to wait until the early hours of January 23 to find out any true connection between the U.S. and Israeli elections.