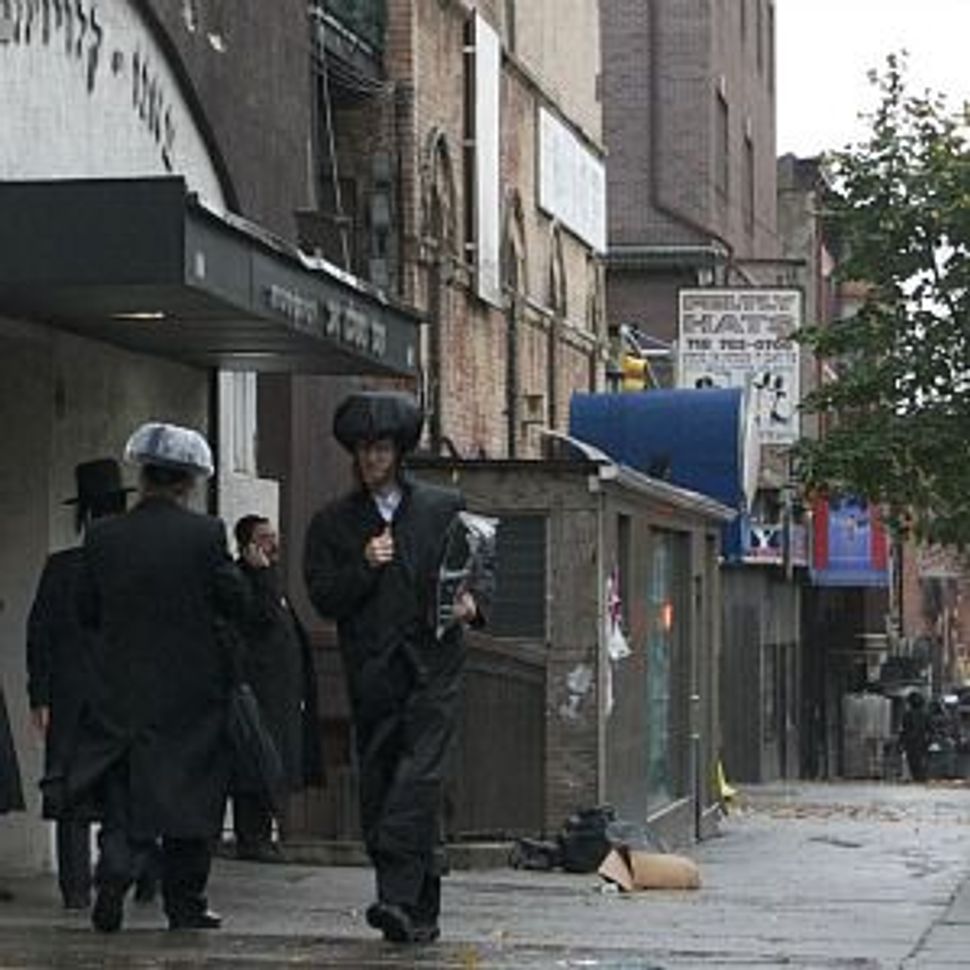 Hurricane Sandy won’t last 40 days and 40 nights, but it still seems pretty Biblical to some.

Flooding has already been reported in parts of Manhattan and Mayor Michael Bloomberg called for the evacuation of residents in low-lying Zone A.

Despite power and heat set to be shut off in public housing complexes in the evacuation zone, some residents of the Jacob Riis Houses on the Lower East Side have ignored the evacuation orders, DNA Info reported.

The storm has sent emergency response workers and welfare agencies into overdrive. William E. Rapfogel, the CEO of the Metropolitan Council on Jewish Poverty, said in a e-mail to board members Monday morning that most residents had been evacuated from buildings in Seagate, Brooklyn.

“All our more than 4,000 home care clients (including Bronx JCC and UJC of East Side) have been accounted for, and service plans are in effect including home attendants sleeping at many of their homes,” Rapfogel wrote.

He added that extra food was being stockpiled at Jewish homes in case the bad weather lingers.