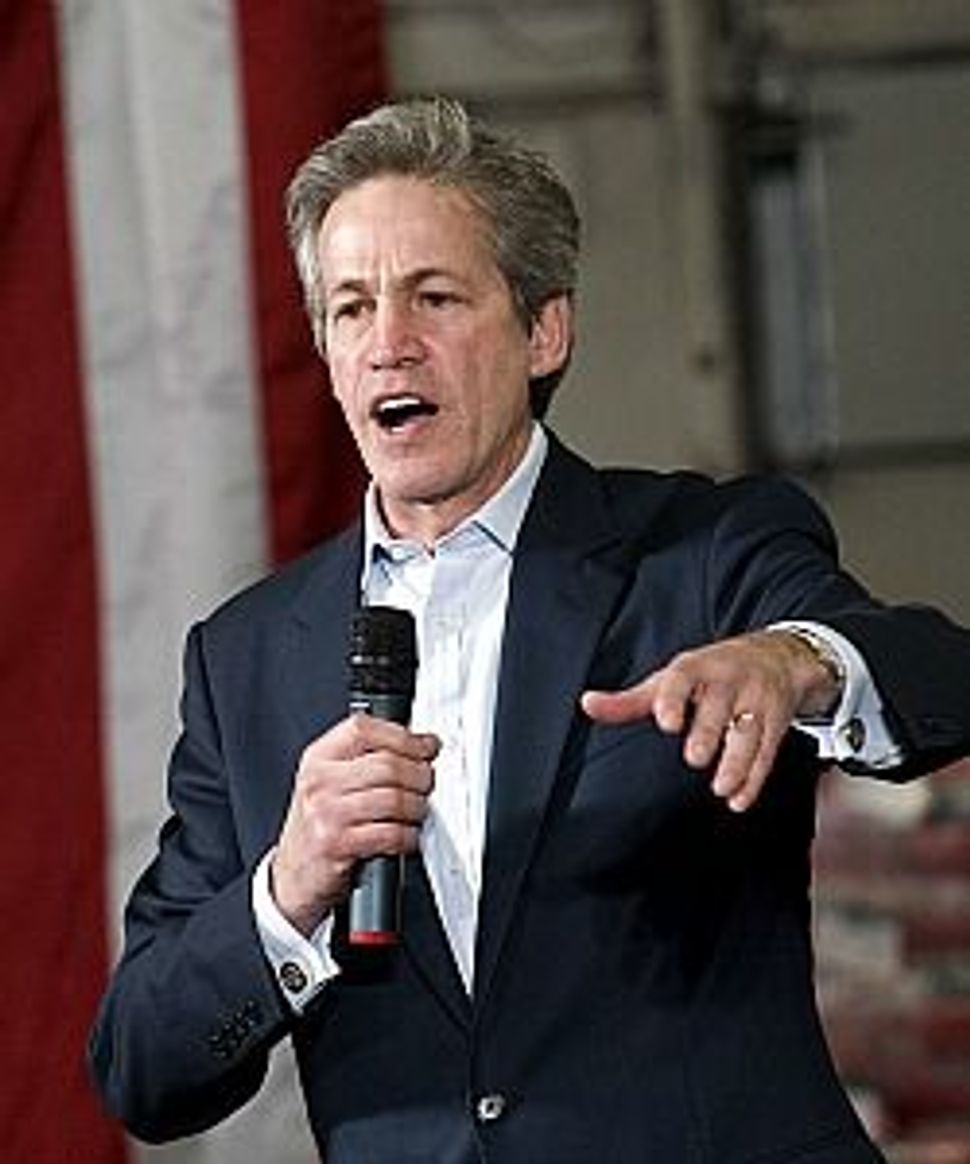 The trio has visited Ohio, Florida, Nevada and, well, Florida once again, speaking mainly on issues relating to Israel and foreign policy but also touching on some domestic issues Jewish voters care about.

And this is where Coleman got his chance to make some headlines, not all of them positive. Asked by a Jewish voter about Mitt Romney’s positions on abortions, the former lawmaker, who lost his reelection bid in 2006 to another Jewish candidate, comedian Al Franken, moved to reassure that nothing will change under a Romney administration.

He went on to explain that while there are some “fights over the edges” of the issue, including the questions of parental notification and late term abortions. But Coleman dismissed the larger argument that Romney’s picks for the Supreme Court could overturn Roe v. Wade.

Critics were all over Coleman for the remarks, noting that his statement represents a flip in Romney’s views on abortions, since the Republican candidate has made it clear he believes the decision should be changed.

Coleman, however, as a Jewish politician and an RJC board member, had a good reason for making this statement, as he knows Jewish voters care deeply of women’s rights issues. A recent American Jewish Committee poll of Jewish voters in Florida found 5% of them view abortion rights as the most important issue when deciding how to vote in the 2012 presidential elections. This makes abortion equally important to the issue of U.S.-Israel relations, which was also viewed as the most important deciding issue by 5% of participants.