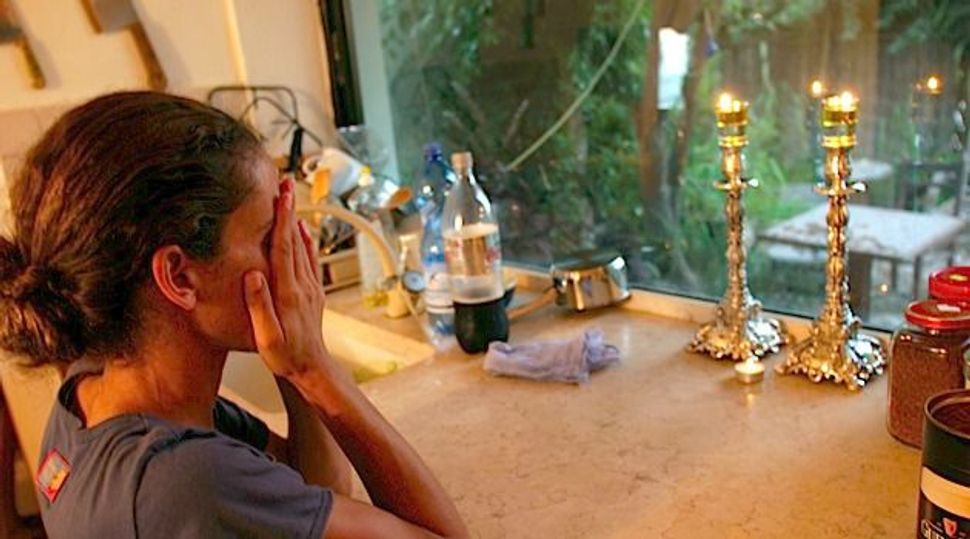 As the season of tightly packed Jewish holidays wound down for another year — after the whirlwind of family dinners, synagogue services and even volunteer shofar blowing on top of the upheaval of a new school year for our children — my husband and I reflected once again on how hard we try to “have it all.”

As observant Jews, we feel obliged to, and desire to, attend morning and evening services, to do the spiritual work of repentance and to transform our words into meaningful actions. As involved Jewish parents and children to our own parents, we feel obliged to serve family dinners that honor the holiday, to have these meals at times and in ways that suit both our young baby and our own weary parents. We feel obliged to guide our younger children through the learning of brachot and how to blow the shofar. We teach the elder ones the meaning of the liturgy and the content of the Torah readings, and engage them in the philosophical discussions that the season prompts.

We have yet to meet all these obligations. My husband I take turns going to Kol Nidre, alternating years. We have left our children in day care during synagogue and the daytime meals. We have friends who wanted to have family dinner in the evening and host a lunch after synagogue; to make that happen, they stayed home from synagogue to prepare. After catching our breath, we concluded that Jewishly it is not possible to have it all.

The phrase “having it all” has recently resurfaced with respect to women having fulfilling careers and also being actively engaged parents. It was first popular in the 1970s, when I was a child; that’s when women began demanding and taking their places in professional careers.

To the extent that women were welcomed into professional, traditionally male careers, they were expected to behave as the men did — to wear a suit, to work 80 hours a week, to stay late. But if both parents of a (heterosexual) couple were doing the traditionally male jobs, who was taking care of the many needs of family and community? Needless to say, the model broke down.

A generation later, people came to see that feminism or egalitarianism cannot be about just “allowing” women to take on the traditionally male roles — it had to be about changing what both male and female roles in the workplace and the home were.

The way to “have it all,” insofar as that is possible for either a man or a woman, is through paid parental leave, flex-time and family-friendly work conditions that allow parents of either gender to scale back during the child-launching years. “Having it all” also requires cultural expectations and social structures that value both professional work and the work of raising a family and caring for relatives and community.

Though Judaism has gone through the first stage of this evolution — the bringing of women into the realms traditionally reserved for men — it has not made the necessary leap to the next step and changed the expectations of men and women so that religious and family needs are met by both.

In Judaism traditionally, women have been excused from what are called positive commandments (the Thou Shalts as opposed to the Thou Shalt Nots) and time-bound commandments (ones that must be done at a specific time of day), which happen also to be the commandments that are done in public, are performance oriented and are associated with prestige.

A few generations ago, only men would rise early to pray daily, lead the grace after meals, buy the lulav and etrog, study texts, build the sukkah, burn the hametz and prepare to give sermons, to read Torah and to lead services. Women would coach the children on the Four Questions and teach them the basic prayers and songs. Women made sure the Hebrew schools had holiday snacks and decorations, flags for Simchat Torah and Purim carnivals. Women would plan, cook for and clean up from the holiday and Sabbath meals; bring meals and help to the sick, bereaved or disabled; plan for spontaneous invitations to lonely or new people, and organize community events.

The rationale for this traditional division of labor as provided by the medieval commentator Abu Dirham (and echoed by the Shulchan Aruch) is that a woman is a servant of two masters: her husband and God. To spare a woman the difficult choice that might arise if her husband commanded her to do something while she was supposed to be fulfilling a divine commandment, God graciously bows out, relinquishing the claim on women’s time. Despite the obvious misogyny of their time, the Mishnahic and medieval rabbis did grasp an important element of mitzvot that we miss today. It is not possible to do all the public mitzvot of a time-bound-nature and also do all the mitzvot of childrearing, cooking and household management. Jewishly, you cannot “have it all.” Just as in larger society, where women’s equality in the workplace required more than opening the door to the office or boardroom, in Judaism the path to full egalitarianism cannot be just about women taking on the public mitzvot of prayer and ritual. To make sure women are equal on the bimah, they must be obliged to be there as much as men are.

It is a well-known sociological phenomena that in an environment where men must do something and women may do it but do not have to, the women will often not [do the carry out the] activity. It is important that both men and women see themselves as equally obliged to take on the traditionally female mitzvot of caregiving, hosting, community building and educating, and that they see themselves as equally exempt from the positive time-bound mitzvoth while doing so. It is not enough to say that women can read Torah; we must also say that while a man does child care or cooks for the Sabbath or takes care of elderly parents, which are also his obligations, he is exempt from synagogue for that morning. We cannot all be at Neila and then all go to a break-fast meal; someone has to be there laying out the food and setting up during the service.

For years, women have been banging on the door of the synagogue, fighting for the rights to all the public mitzvot. But that is not enough: The door to the bimah and the synagogue boardroom is not fully open to women until men also charge (or are led through) the doors that are the sites of so many other mitzvot — the doors to the nursery, kitchen, the Kiddush or youth programming committees, the retirement home volunteers, the parent-teacher associations and junior congregations.

Moving to the practical from the theoretical is very difficult. A friend of mine recalled the end of a Seder meal where he was having a discussion with men of different religious practices about feminism and Judaism. Meanwhile, his mother-in-law and pregnant wife were cleaning the dishes. After a while he roared to the group: “Stop talking about Halacha and feminism. Get up and get in the kitchen.”