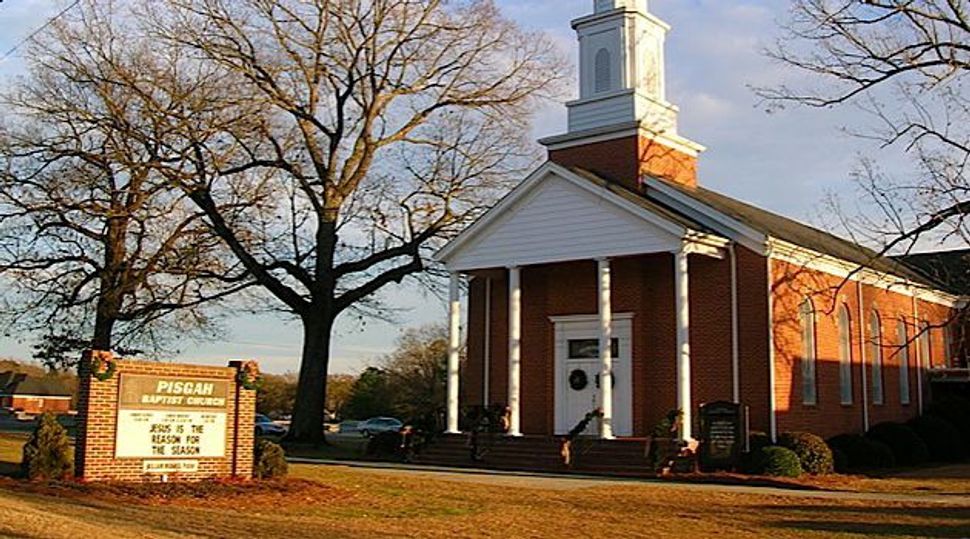 A religious group wrings its hands over youth “leaving” or “rethinking their commitment to the faith.” Must be Jews, right? But — surprise! — this “dropout problem” belongs to right-of-center Christian denominations, according to a recent survey.

Here we thought that Jewish teens were the only ones to go missing from religious action. Now we have this survey, the basis of “You Lost Me: Why Young Christians Are Leaving Church… and Rethinking Faith,” by David Kinnaman, president and principal owner of The Barna Group, an organization devoted to spiritual development and growth of leaders, children, families and Christian ministries. The book is filled with interviews, statistics and examples of disenchantment. There’s Anna’s distress over the pastor’s “fire and brimstone” sermon at her wedding, and Chris’s disappointment with his church’s negative response to his parents’ divorce. More broadly, lapsed youth point to their churches’ strong disapproval of anything in secular culture — movies, music, etc. — that conflicts with the official religious message: discouragement of educational or career goals that stray from the faith agenda, prevalent denial of science-based findings on issues such as evolution, negativity over premarital intimacy, passionate unwillingness to recognize the truth in other faiths and dissuading young people from forming friendships with peers of those other faiths. In sum, teens find their churches to be judgmental, restrictive and spiritually empty — and they leave.

Barna staff also spoke with faithful Christian adults — parents, pastors and church leaders — very much aware and pained by teens on religious AWOL. Some elders bend, hoping that flexibility will restore wayward youth; others hold firm. Some engage teens in church leadership; others cultivate intergenerational relationships. Some parents are comforted when teens merely maintain minimal faith, or when they hold some respect for the church and preserve family bonds. But at the end of the day, the findings remain: Nearly three out of every five surveyed disconnect from church life — for an extended time or forever — after age 15. What should our Jewish communities make of all this, if anything?

First, it may come as a surprise that “religious right” churches lose the majority of their teens and that their simple, clear and strongly presented message fails to bond teens for life. A person might have expected otherwise. Second, I witness so many teens leaving Reform Judaism, even though my denomination takes an opposite approach to Jewish life and education. We encourage engagement with the larger society — socially, culturally, educationally and at work. We accept and welcome scientific evidence. We cultivate a nuanced approach to sexuality and intimacy, and tolerate — even encourage and respond to — spiritual searching. Yet by the time our teens leave for college, they often leave us, as well; flexibility and openness achieve as much as any church’s rigidity and insularity. For all the many differences between the churches Barna looked at and the Judaism that I know, a Jewish version of “You Lost Me” could be named “You Lost Me, Too!”

It’s tempting to feel better about ourselves because the Christians fare so poorly. But taking comfort when bad things happen to other people is not constructive; neither is shrugging it off with laments like, “This generation doesn’t join things, so what can we do?” It is for us, if anything, to take action.

Let’s first recognize that there already is meaningful Jewish action, including Taglit-Birthright, which allows young adult travel to Israel, a vibrant and expanding Jewish Internet presence, independent minyanim and other opportunities. And we encourage teen participation and leadership through bar and bat mitzvahs, educational programs, camping and youth groups. Yet this is not enough. Kinnaman speaks enviously after attending a bat mitzvah ceremony[ led by his daughter’s Jewish friend; he sees this as a retention tool one he wishes his religion had as well. Yet, as Jewish insiders we well know how often bar or bat mitzvah marks a hiatus, if not end, of Jewish commitment.

I suggest we outreach to lapsed young adults from all denominations and faiths by calling attention to mainstream Jewish belief and practice, that we identify and point to our strengths, and extend an invitation: We reject the “fire and brimstone” sermon for one that encourages and responds to spiritual questioning. We embrace both science and faith, and foster and respect learning from secular culture and other religions. And we teach a nuanced approach to intimacy. Perhaps such a campaign will welcome the spiritually lost and restore our own to the fold. When more outreach replaces hand-wringing, we will all be stronger and better.

Dennis S. Ross is a rabbi and the author of the recent “All Politics Is Religious: Speaking Faith to the Media, Policy Makers and Community”