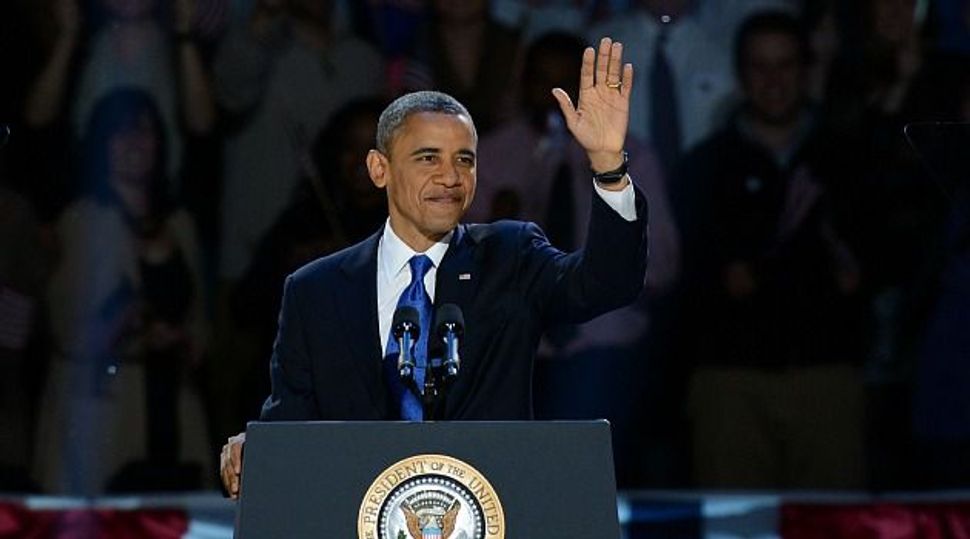 The next four years — even the next four months — will present monumental governing challenges, especially in a Washington that, on the surface at least, looks remarkably as it did before the billions spent on this most expensive campaign. But reflect for a moment on the fact that in his first term, Barack Obama faced a stubbornly sluggish economy, turmoil overseas, bitter congressional opposition and the persistent, unfair questions about his race and origins, and he still won.

We all know that this victory wasn’t like the last one, and this president isn’t like the candidate who emerged with expectations that were probably impossible to fulfill. We know him better now. We know his flaws and drawbacks, and hopefully, so does he.

But this is no time for him or the nation to simply step forward (though we appreciate seeing our name in lights.) Obama ran a reelection campaign that will be recognized for its brilliant ground operation and strategic execution, and its relative lack of grand ideas and heart-thumping promises. We have a right to expect more from a second term. And he has a right to expect more from us, the citizens he governs.

From the president, beyond dealing with the economy, we expect leadership on immigration reform and serious, sustained action to deal with climate change. The first issue should be a political no-brainer, considering the significant support Obama received from Latino voters and exit polls that showed a broader embrace of a more tolerant approach towards those who arrived here illegally. And after the ravages of Hurricane Sandy, the dangers of doing nothing or too little about climate change should be apparent to anyone who saw the scenes of suffering from Sea Gate to Staten Island.

We can expect to take his statements about Iran at his word. We can also expect that the leaders of Israel, Egypt and the Palestinian Authority will recognize that they have to deal with a President Obama for the next four years, and stop pretending that they can alter that reality or wish it away. Obama has not used diplomatic power perfectly in the Mideast, but his sincerity about reaching a peace agreement between the Israelis and Palestinians, and maintaining a steady relationship with Egypt and other Arab nations, cannot be doubted.

And what should he expect from us? Given the closeness of this race, Obama rightly sought to bridge the electoral divide from the moment he began to speak in Chicago and he has a lot of healing to do in the coming weeks and months. But as he reminded us, “the role of citizen in our democracy does not end with your vote.” There is the “hard, frustrating but necessary work of self-government” and that doesn’t just demand patience from those in public office. It demands patience from the public, to understand as he said, that this “country only works when we accept certain obligations to each other.”

That is the essence of the covenant we Americans have with our government. It’s up to Obama to keep that covenant, and up to us, as well.