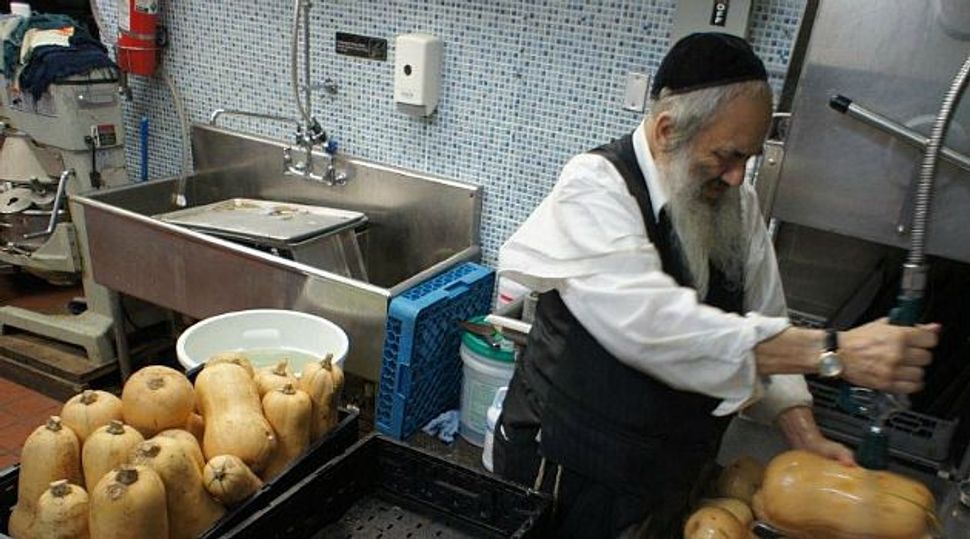 There were fallen trees everywhere. Twisted electricity pylons and crushed white picket fences littered the dark roadside as our Red Cross vehicle made its way to Locust Valley High School, in Long Island’s Nassau County. The roads were a labyrinth of dead-ends as a result of fallen debris and wrecked cars. Yet this was the heartland of Long Island’s wealthy suburban “white shoe” culture — mansions and gated communities surrounding country clubs for golfers and polo players. It also had sustained some of the most extensive damage in the wake of late October’s Hurricane Sandy. With the total blackout caused by loss of power to the region, the area was utterly deserted.

The gymnasium at Locust Valley High, which had been converted into a shelter, had the look and feel of a battlefield infirmary. The size of three full-length basketball courts, rows of makeshift green cots stretched from one end to the other. Red Cross blankets had been distributed throughout, and the remainder had been piled against one wall. There was no hot water, food was spartan and a fuel-operated generator powered the space. For the next 24 hours, at least, this was where we would be stationed.

It had been a rapid briefing that afternoon at the Red Cross’s headquarters on 49th Street in Manhattan. Those of us who had brought overnight provisions were deployed immediately as disaster relief volunteers, among us a singer, a theater director, a banker and two rabbinical students.

A man among the new arrivals seated at breakfast squinted at my yarmulke and asked whether I was Jewish and observant. When I told him I was training to be a rabbi, he looked surprised. “We didn’t know you lot cared about us,” he said. “Most of your types on Long Island have fled to hotels or to their second homes. We’re the ones stuck here.” It was issued as a challenge and as a plea for recognition.

Joe was unemployed and living alone. His house had been “washed away” in the storm, and after the police had evacuated the area he had nowhere else to go. “My restaurant business failed last year, and I had planned to sell my home so that I could downsize to a smaller place. I feel like I’m on the verge of going under,” he told me.

Later I met Margarite, a single grandmother of 55 who came into the shelter with five children — two of them her own — was beside herself with worry and anxiety. “My daughter left her kids with me to go with friends to the city for a hen weekend,” she said. “That was two days ago, and I haven’t heard from her since.”

During the course of the day, I met and spoke with others whose stories were powerful reminders of how natural disasters such as Hurricane Sandy serve to underscore the stark economic and social demarcation lines between “those with” and “those without.”

Volunteering with the Red Cross as a chaplain during Hurricane Sandy has caused me to radically re-evaluate my understanding of the psychological dimensions of giving tzedakah,. I see now that tzedakah can encompass listening, empathizing with those in need of sharing their stories, and in so doing, restoring a sense of dignity and self-worth to the dispossessed and emotionally fragile.

One of the core guiding principles of the Red Cross is that nobody is to be treated as a victim; all are “clients” with self-worth and dignity and are on the road to self-recovery. Promoting independence and autonomy is our first priority.

Jewish sages from as far back as Maimonides have emphasized the need to be kind and respectful in the way we give and treat those in need: “Whoever gives tzedakah to the poor [person] with a sour expression and in a surly manner, even if he gives a thousand gold pieces, loses his merit. One should instead give cheerfully and joyfully, and empathize with him in his sorrow.”

In keeping with these sentiments, Britain’s chief rabbi, Lord Jonathan Sacks, emphasized in his 2005 book “To Heal a Fractured World” the psychological dimension of the laws of tzedakah as a complex and subtle response to the individual relative to their previous condition and social standing. Sacks’s understanding of the psychology of tzedakah — “to hear the silent cry of those in need” — underlines how preserving the self-respect of those experiencing shame as a result of their changed circumstances is of paramount importance.

Volunteering as a member of the disaster relief team is an emotionally taxing and sometimes grueling task. It is far more challenging than anonymous giving, for the recipients cannot remain faceless statistics or households; each has a unique story to tell. And each is a mirror to our own insecurities. We are all reflected in Joe, Margarite and the many others affected. Their stories could just as well be ours, much as we might want to deny it sometimes.

Yet for thousands of New Yorkers, and for many others from across the country who joined the hurricane relief efforts, volunteering in person was a natural and obvious response to the idea of the interconnected community. “We’ve got each other’s backs” is how one of my colleagues put it. I immediately thought of the phrase “Kol Yisrael Areivim zeh La’Zeh”: “All Jews are responsible for one another” (Tractate Shavuot 39a), until I realized that the line, and its scriptural source, ” “Do not stand idly by while your neighbor’s blood is shed” (Leviticus 19:16), taken in its literal sense could be (and has been) read to refer to helping others like us. So engrossed are we in the details of our own lives as members of a Jewish community that we forget about the importance of helping others outside it.

As I understand Jewish law, it does not require us to rush into a dangerous situation to play the hero, but it does require us, as socially responsible Jews, to overcome particularism and the sense of “helping one’s own,” and to do everything in our power to safely help those around us, Jewish or not, who are in danger or in genuine need of support.

This is the meaning of social responsibility. And it doesn’t have to take much. We often forget how a smile, a kind word or a boost of confidence can lift a person’s spirits. And it costs us nothing at all.

*Samuel Klein is a second-year rabbinical student at Yeshivat Chovevei Torah in New York. He is a volunteer with the Red Cross Disaster Relief Corps. *