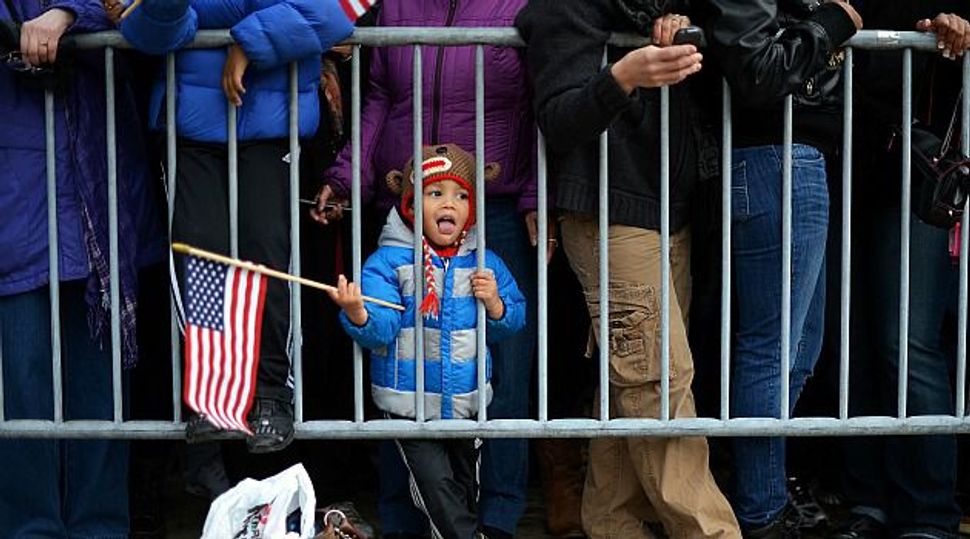 Reality Bites: Soaring rhetoric aside, the election shows the nation really is divided into red states and blue states. Image by getty images

Before we get all carried away with the surprising results of our presidential election, let’s take a deep breath and acknowledge the central truth of President Obama’s reelection victory: Not much happened. For all the public’s economic discontent, for all the disappointment with Obama’s first term and the grand passions for and against abortion rights and gay marriage, the map of red and blue states remains almost unchanged. Exactly two states, Indiana and North Carolina, switched from Obama in 2008 to Romney this year. (Florida remains a tossup as I write.) The whole rest of the map stayed the same.

As for the popular vote, it shifted about 3% away from the Democrat. That was enough to tighten the race but not to change the result. The electorate became slightly less white and slightly more Hispanic. Women and young people voted very slightly less Democratic. These changes represent fierce political battles won and lost, but statistically, they’re a blip. In broad terms, we remain a 50-50 nation.

Here’s where things did shift this year: Whites voted 3% more Republican and Hispanics about 6% more Democratic. The dramatic Hispanic shift toward Obama couldn’t fully offset the white shift away because Hispanic voters are a much smaller share of the electorate than whites — roughly 10% versus 73%.

Over time, as politicians and pundits tirelessly remind us, the general population is becoming less white and more Hispanic, and the Republicans haven’t fully absorbed that fact. But the change is glacially slow. Minority births now outnumber white births, but the population remains two-thirds white. Whites are approaching minority status, but it’s a long way away.

But that, too, is only part of the truth. An equally essential fact is that whites vote quite differently in blue and red states. In the blue states, Obama won about 55% of the white vote in 2008, ranging from a low of 52% in California and New York to 60% in Oregon and 68% in Vermont. In the red states, by contrast, Obama’s share of the white vote never rose above 42%.

It’s even more instructive to divide the red states into their two component regions, the Old South and the mountain-prairie West. In most of the Great Plains and Western states, whites went between 39% and 42% for Obama (the sole exceptions: Utah and Wyoming, at about 32%). In the Deep South, by contrast, the white Democratic vote ranged from 26% in South Carolina and Texas down to 14% in Louisiana, 11% in Mississippi and 10% in Alabama.

Not surprisingly, the white Obama vote in the swing states was mostly in the mid-range between red and blue — 42% in Florida, 45% in Nevada, 46% in Ohio, 48% in Pennsylvania.

How many people are we talking about? You’ll be surprised. Total population of the blue states: 140 million. Red states: 94 million. Swing states: 74 million. Blue states aren’t a majority, but they’re close being one. As we saw November 6, a Democrat who carries the blue states only needs a few swing states to gain an Electoral College majority. A Republican who sweeps the red states still needs most of the swing states.

Those numbers provide a clue to solving another riddle: How is it that Obama can rack up such a strong numbers in the Electoral College while getting such a razor-thin majority in the popular vote? Answer: Looking at the white votes, you can see that the red states are much more intensely red than the blue states are blue. That is, Democrats have a much slimmer majority in the blue states than the Republicans have in the red states. That means that a good many Republican votes in blue states are lost when the Electoral votes are totaled. There aren’t many Democratic votes to get lost in the red states.

Importantly, the map hasn’t changed much in decades, even though party labels have shifted. The Senate coalition that blocked efforts to admit Jewish refugees in the 1930s, that refused to let FDR assist Britain against the Nazis until Pearl Harbor, and after the war fought mightily against admitting Jewish DPs, consisted of Southern Democrats and conservative Republicans from the prairie and mountain states. Today those same Senate seats are the core of the Republican caucus. You could neatly lay today’s familiar red-blue map over the map of World War II-era nativists and not know which was which.

Remember when Obama said on election night that we’re “more than a collection of red states and blue states,” that we’re “an American family, one nation”? Fuggedabout it. It’s pretty talk, but it’s just talk.