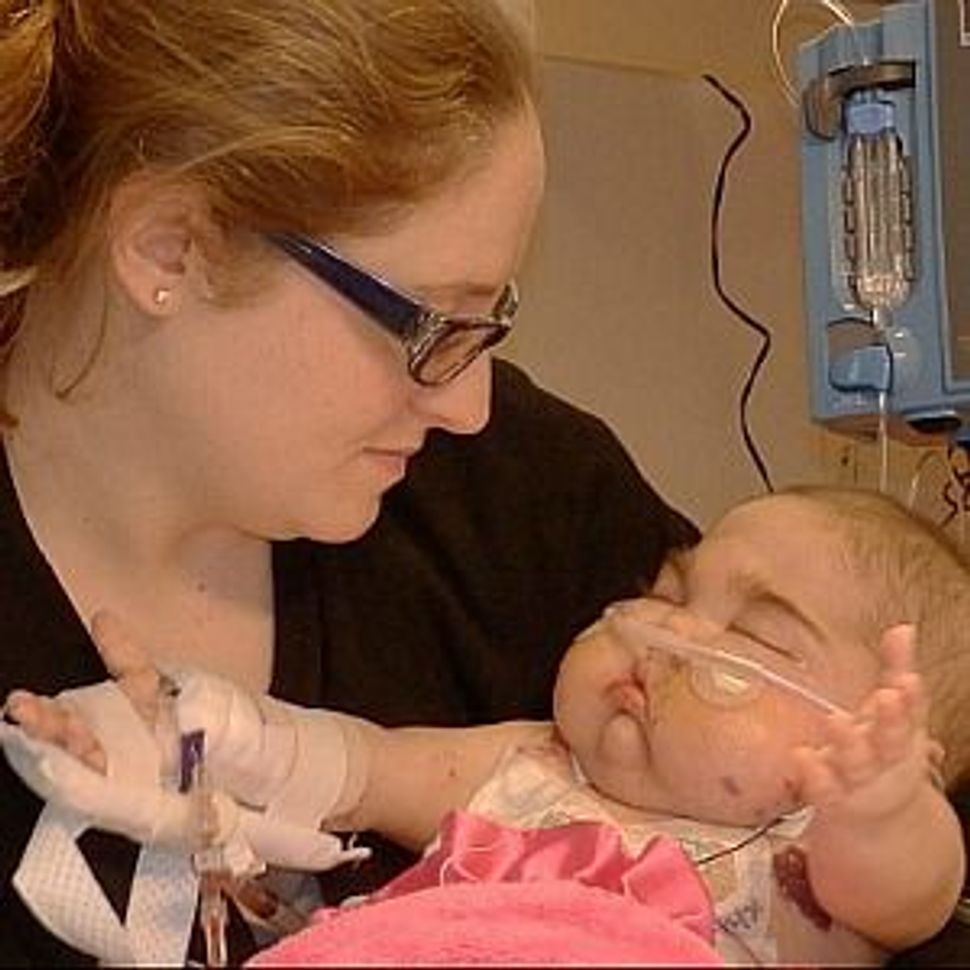 Hindy Poupko Galena and her daughter, Ayelet. Image by AYELETGALENA.TUMBLR.COM

One of the astonishing aspects of doing journalism online is that we can ascertain how many people click on a given story down to the person. In print, you can only make educated guesses about what stories are read, whether a snappy headline or a compelling photograph will entice the reader to delve deeper, or to turn the page. But online we know precisely how much traffic every item that we post receives, and this can help us understand what touches readers.

For this year’s Forward 50, readers have been touched by the heartfelt, the unusual, the unexpected. As of Monday evening, Nov. 12, the first day all 50 profiles were posted online, the most read was not about the largest political donor in the land, or the superstar singer, or the second ranking leader in the House of Representatives, or even the King of Comedy Central.

No, the most read profile was of Hindy Poupko Galena, a New York City mother who chronicled her baby daughter’s struggle against a fatal disease and galvanized an outpouring of support through cyberspace.

And the surprises continue.

Every year we pick what we call the “Top 5” and this year, for the first time, we rolled out videos of those people sequentially, one a day beginning last Thursday. So it stands to reason that Sheldon Adelson, Lena Dunham, Aly Raisman and David Zwiebel would have picked up a lot of readers by now.

But next on our “most read” list is Bessie Shemtov, who began an amazing organization called the Friendship Circle, which links volunteers with disabled children and has grown from a single chapter in Detroit to a nationwide movement. And next after her is Michael Uram, the Hillel rabbi at the University of Pennsylvania, who led a novel, and by all accounts, successful response to the first ever campus conference advocating the controversial attempt to boycott, divest from and sanction Israel.

And next is Andy Bachman, rabbi of a Reform congregation in Brooklyn that is on the forefront of community involvement and religious revitalization.

Now, it may just be that each of these folks have networks of friends and supporters who have sent the profiles zinging through cyberspace — for Shemtov, the Chabad-Lubavitch community; for Uram, the Hillel network. And the order of this list may well change by tomorrow. This year’s Forward 50 has drawn a record number of readers, the most page views on a single day in the history of our website, and as Monday evening, the interest had not subsided.

But I like to think that this “most read” list also reflects what I wrote about in my introduction, and that is the changing face of Jewish power in America. No longer is power confined to the legacy organizations in New York and Washington, but also embodied in the creativity and influence of Jews who are making a positive difference in the lives of their communities around the country.