What the Rockets Accomplished 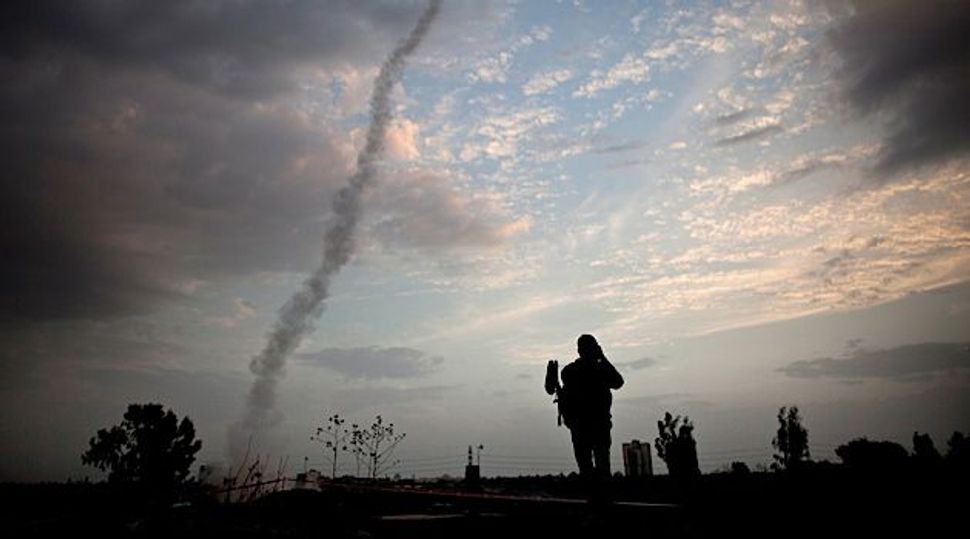 For many Israelis, two accomplishments of the current round of war are cause for joy: First, Israel killed senior Hamas leader Ahmed al-Jabari; and second, Hamas fired missiles at Tel Aviv.

The celebrations among online “talk-backers” now that Tel Aviv residents have joined the missile-target club include some gloating, but they also imply an optimistic message regarding the eternal longing for a united nation of Israel: a true belief that the missiles will cause even Tel Aviv infidels to realize the error of their ways, to confess their leftist sins and acknowledge, like all normal Jews do, that the only thing Arabs understand is force, that there’s no partner for peace and that it’s time to convert Gaza into a parking lot.

What lies behind this domestic Israeli struggle is the great shadow of the “Tel Aviv bubble,” that mystical entity in which — as popular belief would have it — the residents of the first Hebrew city live, completely severed from the bloody reality, busy with their hedonistic affairs, which apparently include smoking drugs, snorting espresso and having homosexual intercourse with quinoa salad. A bubble that, according to the forecasts, threatened to burst in mid-November.

Most Tel Avivis do, indeed, support a two-state solution: the State of Israel alongside the state of Tel Aviv — an autonomous community that espouses freedom, equality and soymilk. But aspirations are one thing and reality is quite another. The problem with the debates over whether the missiles from Gaza have “burst the Tel Aviv bubble” is that there is no such bubble. The truth is that what is disconnected from reality is not Tel Aviv itself, but rather the perception of it as a bubble. Tel Aviv is in fact the most realistic and political of Israeli cities.

This can be proved by using the bloodshed gauge that is so popular in Israel: Tel Aviv was subject to Iraqi missiles in the First Gulf War, and to a series of murderous attacks during the second intifada. It is also evident in a more important index, the one that measures engagement with political reality: All the most important political demonstrations of the past decades have been held in Tel Aviv; that is where a prime minister was assassinated, where last summer’s social uprising started, and where rallies for and against the latest round of fighting were held on November 16 around Tel Aviv. The real detachment from reality occurs not in the “Tel Aviv bubble,” but in the mental “Iron Dome” with which most Israelis surround themselves.

So the question of whether missiles in the Dan region will shatter the “Tel Aviv bubble” is less important than it might seem. It’s more interesting to ask whether, once this round of blood-letting ends without bringing about any significant change, more Israelis might step out of their conceptual bubble to find less belligerent and more creative solutions to the situation. I recommend they start looking in Tel Aviv.

This piece and Nava Semel’s piece were translated from the Hebrew by Jessica Cohen.

What the Rockets Accomplished