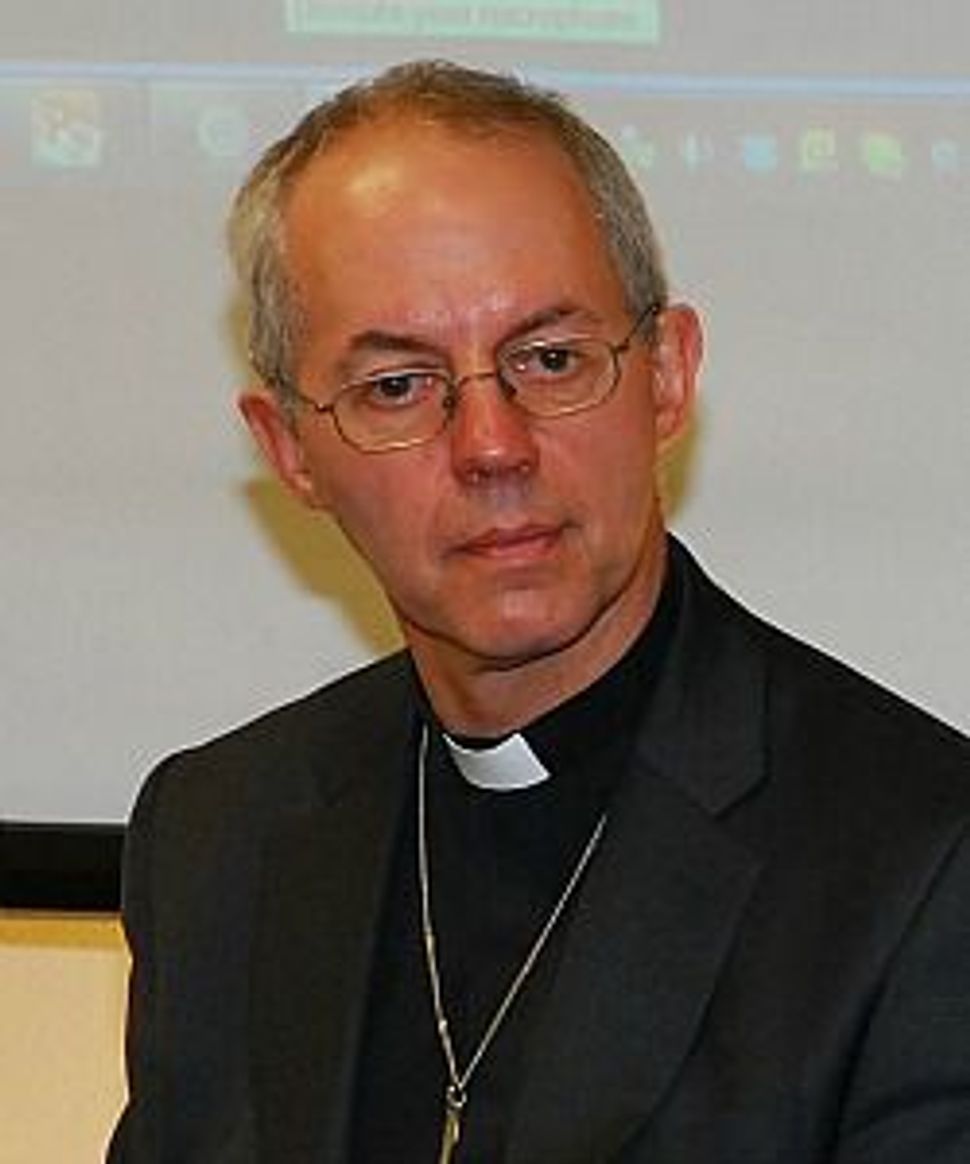 According to Welby’s biography on the Archbishop of Canterbury’s website, his father’s family were German Jewish immigrants who had come to England in the late 19th century to escape anti-Semitism. They apparently, “integrated quickly,” which one could take to mean that they soon converted to Anglicanism.

Welby, 56, will be assuming his new role at a time when the Anglican Church finds itself in an inner struggle on the issue of the consecration of female bishops. The General Synod, the Church legislature, voted on November 20 against allowing women to become bishops.

There are already women bishops in the United States, Canada, Australia and New Zealand. It is the Anglican churches in developing nations that are more conservative and are fighting the proposed change. With the vote for the proposed change having come up short of the required three-quarters majority, the issue cannot be addressed again by the Synod for five years.

The newly appointed Archbishop of Canterbury is personally in favor of consecrating women bishops, and has stated that he is confident that it will happen soon. “It was a pretty grim day for the whole church,” he said of the General Synod vote. “There is a lot to be done but I am absolutely confident that at some point I will consecrate a woman bishop.”

The leadership of the UK Jewish community welcomed the appointment of Welby, who has considerable experience in religious reconciliation in Africa and the Middle East, including between Jews and Arabs. Britain’s Chief Rabbi Lord Jonathan Sacks extended a mazel tov to Welby, so to speak, on his website. “I send warm congratulations to the Right Reverend Justin Welby, Bishop of Durham, on his appointment as Archbishop of Canterbury,” Sacks wrote. “I wish him blessings and success as he takes on this important role and look forward to working with him closely, as I have done with his predecessors, to continue strengthening Jewish-Christian relations in Britain.”

In terms of the question of women in religious leadership roles, Welby might do well to go back to his roots on his father’s side and check in with the members of the Conservative Movement’s Committee on Jewish Laws and Standards to ask how they navigated the tension between textual traditions and modern mores. They decided to allow the ordination of women rabbis back in 1983. It’s true, there is no direct equivalency between archbishops and rabbis. But it still may not hurt to consult with the mishpuchah on the hard questions in life.