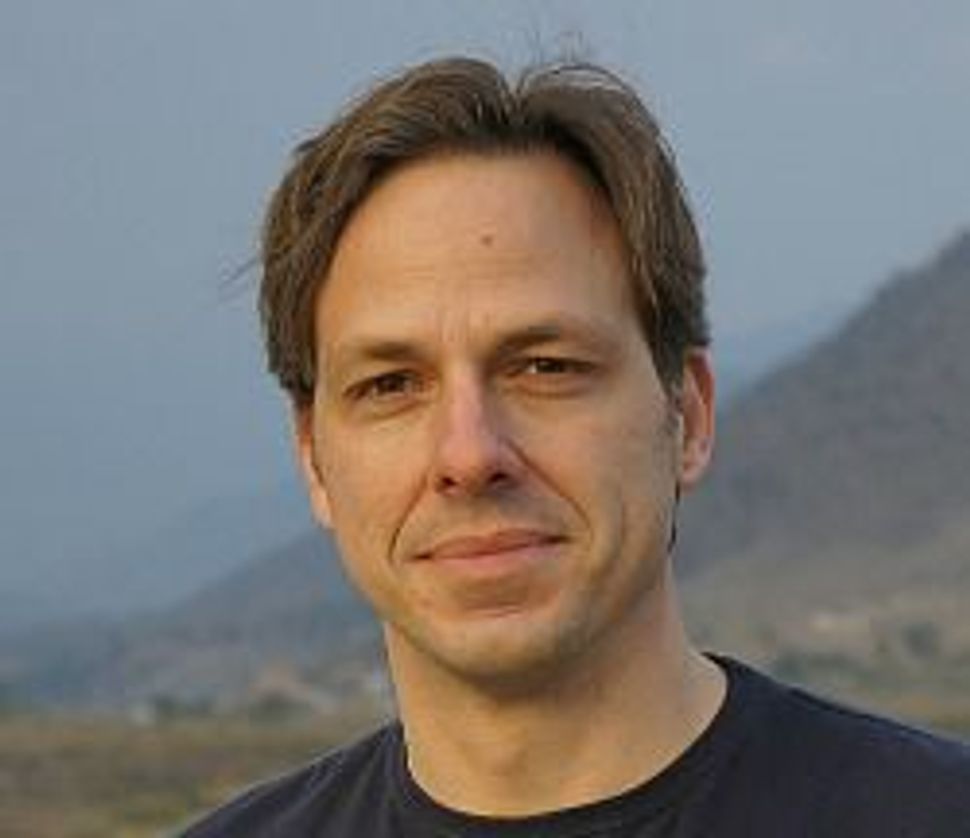 Jake Tapper is best known as the senior White House correspondent for ABC News. But he is also the author of two well-regarded nonfiction books, a biography of wrestler-turned-governor Jesse Ventura and an account of the 2000 presidential election. His newest work, “The Outpost: An Untold Story of American Valor” (Little, Brown and Company), is likely one of the most important books to come out of the war in Afghanistan.

“The Outpost” about soldiers stationed at an isolated base in Nuristan Province, Afghanistan, with orders to prevent Taliban fighters from passing into nearby Pakistan. The top brass placed the soldiers in a valley surrounded by high mountains, with a single road leading in and out that could barely accommodate a pick-up truck, let alone larger military vehicles. The position was essentially indefensible — as, frankly, was the plan that put them there.

It was only a matter of time before the base was overrun. On October 3, 2009, more than 400 Taliban fighters attacked 53 soldiers at Outpost Keating (named for an officer killed in an accident while attempting to drive along that road). More than 100 Taliban members were killed, as well as eight Americans.

Tapper intended to write a book about that battle, but as he conducted more research and met veterans of the outpost, it became clear there was a larger story there. Tapper spoke to the Forward’s Curt Schleier about how he first learned about the battle, what changed the focus of the book and the lessons he carries with him from the seven years he spent studying at the Akiba Hebrew Academy (now Jack M. Barrack Hebrew Academy) outside Philadelphia.

Curt Schleier: How did you hear about the battle?

Jake Tapper: My son, Jack, was born October 2, 2009, and in the haze of recovery I saw this gripping and surreal story on TV about 53 U.S. troops facing overwhelming odds. I’m holding my son and hearing about these eight other sons who died, and I just wanted to know more about what happened. I wanted to solve the mystery of how they were put at this location.

Are you concerned about the quality of American military leadership?

I’m concerned there isn’t willingness to learn from a mistake and acknowledge mistakes. Every quality had a companion liability. Confidence sometimes leads to over-confidence. In this instance, the military has an inspiring can-do spirit that sometimes manifests itself in an inability to acknowledge mistakes. Keeping the outpost at that location once it became clear it was a mistake became a [bigger] mistake. It’s difficult to report the book, and difficult to not read the book [and conclude that] the people responsible for putting these [troops] there were not as concerned for their safety as they should have been and they were responsible for the outcome…. General Stanley McChrystal, for a number of reasons — some understandable, some not — was not willing to let them close the base until it was too late. But this is not just a depressing story, it’s also a story of how brave our soldiers are.

Yes. It brought tears to my eyes.

Everyone who died in that battle died because they were trying to repel the enemy or help a brother.

Did you go to Afghanistan?

I went twice, very quickly with President Obama, and the other time I was embedded with an infantry unit at a forward operating base.

But you actually have a full-time job. How were you able to juggle all this?

I had an incredibly supportive wife who understood that this became a cause for me and understood when I took nights and weekends to work on this. I also had a supportive employer who let me go to Afghanistan twice.

Regarding ABC, was there any conflict between the book and your duties there?

None. The criticisms in the book are not rooted in ideology. It’s not pro-war or anti-war or pro-Bush or anti-Bush; it’s a fair but tough analysis of what happened, why the troops are based there and why they should not have been there.

But my takeaway is that there is a great deal of incompetence in the upper ranks of America’s military that led to some incredibly stupid and costly decisions.

I would say the book offers a credible view of specific decisions. If you send troops to these remote outposts, you need to [provide] the support they need, like helicopters to move the base or Medevac wounded troops…. They didn’t have enough helicopters in Afghanistan, and that’s the fault of top commanders…. War is difficult, but at the same time, if you put our men and women in harm’s way, you are responsible for them.

Toward the end of the book, you quote an anonymous recently retired general who seems suggests that we need to return to a draft because Americans aren’t really connected to our military today. What do you think about the draft?

I don’t have a position. I’m not a politician; I don’t have a policy statement about the draft. What I do think, what is inescapable and tragic, is that 98% of our country feels no connection to these wars and the men and women who sacrifice so much, and that needs to be changed. I’m not saying there needs to be conscription, but something needs to change now.

Are any of the lessons you learned at Akiba applicable to your work as a journalist?

I think one of the things I learned at Akiba — something I think is central to Judaism — that’s been incredibly important is respect for people of faith and other faiths. I think there’s general criticism that the media is disconnected from faith and looks down on faith, and that’s a perspective I never had. Akiba taught me, and my parents taught me along the same lines, respect for other beliefs and other value systems, and that made me a fairer reporter.