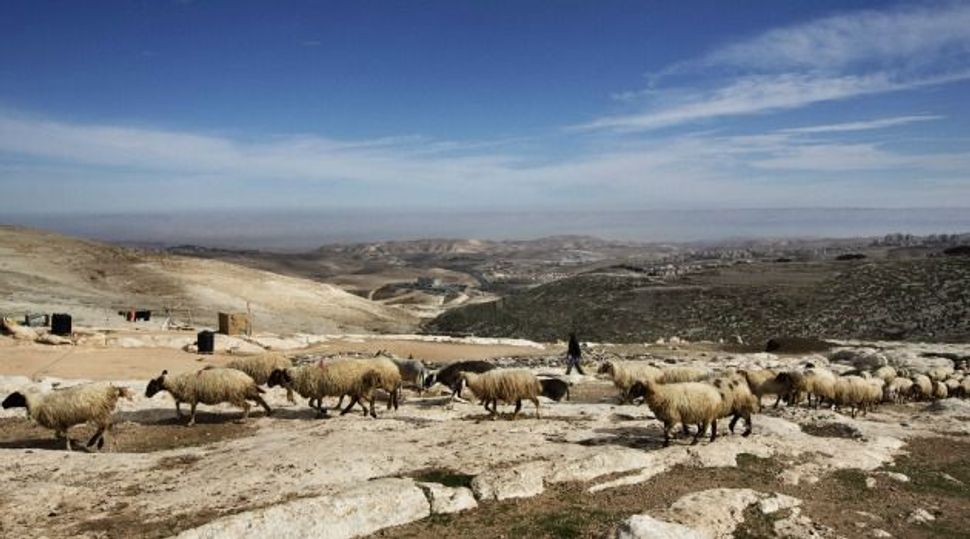 Let’s put aside for the moment the international condemnation of Israeli Prime Minister Benjamin Netanyahu’s announcement of plans to build in the area known as the E1 — a block of desolate land bordered by East Jerusalem on the west and the settlement of Ma’ale Adumim on the east. Let’s put aside, too, the timing of the announcement, a clear retaliatory response to the Palestinian Authority’s successful bid for recognition as a nonmember observer state in the United Nations.

Let’s do what Netanyahu’s supporters say should be done to treat Israel fairly: Consider Netanyahu’s decision on its merits.

Do that, though, and the arguments simply don’t hold up.

Supporters say that every Israeli leader since Yitzhak Rabin has expected that the land between Jerusalem and Ma’ale Adumim will remain part of the Jewish State. Granted. But every Israeli leader until Netanyahu hasn’t acted on that sentiment, for good reason. The future of E1 has been and should be subject to negotiation with the Palestinians, not the kind of unilateral action Netanyahu condemns in others.

Why do the Israelis want the land? Look at a map and it’s obvious. Ma’ale Adumim, with its nearly 40,000 residents (and growing) is like an elongated bubble floating in the West Bank, occupying hilly land a commuter’s ride away from Jerusalem. You can understand why Netanyahu would see its strategic importance and why some supporters insist on calling it a “suburb.” It expands Jewish Jerusalem many times over.

But widen the lens a little, and you can see why the Palestinians also consider this area so important. It bisects the northern part of the West Bank so that the road from Ramallah to Bethlehem, a distance of only about 14 miles, would instead be forced to wind around Ma’ale Adumim’s bulging borders. Even more, if the Israelis do build and control E1, that would isolate East Jerusalem from Palestinian land, crippling the chance that it could one day be a viable capital of a new state.

E1 supporters have an answer for that, too: Create a special road for the Palestinians; a tunnel through the hills; a transportation thread linking one section of a new state to another.

Of course, the Palestinians could suggest the same thing for the Israelis: If Ma’ale Adumim were to stay part of Israel in a negotiated settlement, then a road could serve as the connector between it and Jerusalem. Either way, one community is going to want to traverse through another.

That is why the eventual ownership and openness of E1 must be negotiated. And by saying he’ll send in the bulldozers, Netanyahu is certainly not acting like a man ready to talk.

What’s fascinating is the subtext here. Many Israelis don’t actually expect building to commence anytime soon. Netanyahu is seen as throwing down the gauntlet to the Palestinians after their foray to the U.N. and sending a barely-disguised olive branch to the right flank in his own country who are angry that he agreed to a cease-fire in Gaza. This is election season, after all.

Every leader is entitled to his own political theatre, and the Palestinians have engaged in their share of such theatrics recently, too. But such performances are rarely without consequences. In this case, Netanyahu has alienated some of Israel’s closest allies in Europe and rudely snubbed the best ally he has, the United States, just after this nation fought a brave diplomatic battle in the U.N. on Israel’s behalf.

The decision to unilaterally build on E1 does not hold up to scrutiny. And if this is all posturing for internal audiences with a feint to the Palestinians next door, well, then Netanyahu is behaving in the very ways he deplores in others. What did Mahatma Ghandi once say? An eye for an eye leaves the whole world blind. And he wasn’t even acquainted with today’s Middle East.