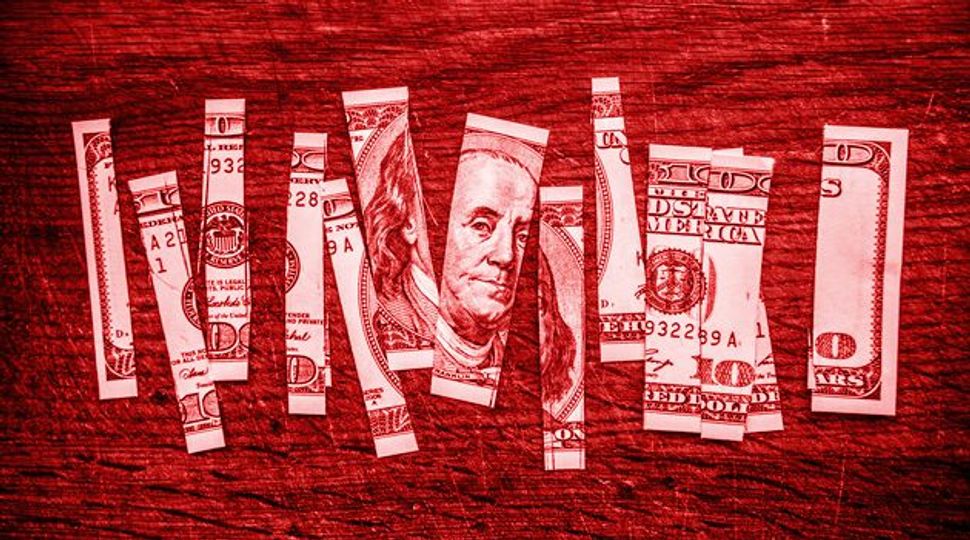 The Chronicle of Philanthropy’s annual list of executives of not-for-profit institutions who earn more than a million dollars a year in total compensation is eye-popping. It includes the heads of major museums and cultural institutions, sprawling hospital complexes, and do-good organizations like the Boys & Girls Clubs of America and the American Cancer Society. It’s great work if you can get it.

None of the top earners in the Forward’s annual salary survey are included in that million-dollar club, but a few come close to joining. All told, 11 of the 75 leaders we surveyed this year earned around half a million dollars or more. They were all men, naturally.

The salaries earned by the 17 men and one woman who run the 18 major federations in the United States, our flagship communal charities, ranged from $230,323 for Jason Shames in northern New Jersey to the $644,518 earned by Stephen Hoffman in Cleveland.

Most of the people who work for these communal organizations are women, and most of them earn much, much less. The gender gap in salaries that we have noted on these pages in the past is also accompanied by a yawning disconnect between the large sums earned by some charity leaders and the take-home pay of those who are led by them.

Consider: In a survey of nearly 1,700 Jewish professionals conducted earlier this year by New York University alumni, the average salary of all respondents was $66,044. The median was $56,000.

Now, the survey organizers will be the first to say that this doesn’t reflect a precise, representative sample of the work force in Jewish communal organizations. In fact, it may overrepresent the more accomplished — nearly 50% of the respondents had master’s degrees, and another 16% had doctorates, a medical or law degree, or rabbinic ordination.

This inequality is not confined to the Jewish world, and has begun to attract the attention of advocates and public officials. In May, New York Governor Andrew Cuomo released regulations that set a limit of $199,000 on the amount of state money that contractors can put toward paying their executives, both not-for-profit and commercial.

“These regulations will allow the state government to identify and stop the few providers that pocket taxpayer dollars rather than use them to serve the public,” Cuomo said at the time.

Unfortunately, the hospital honchos who earn the top salaries may be excluded from this cap, since most of their funds come from the federal government and donations.

New Jersey Governor Chris Christie has instituted similar rules in some state agencies. Lawmakers in Massachusetts and Florida have also tried to implement limits on how much public money can be used to pay exorbitant salaries.

Not all these efforts have been successful, and they could smack of government overreaching. But they reflect a very real public anger at the extremely high salaries of those who are supposed to be working on the public’s behalf. Jewish organizations should take note. Charity should, indeed, begin at home.