Pushing for Gay Marriage Across the Pond 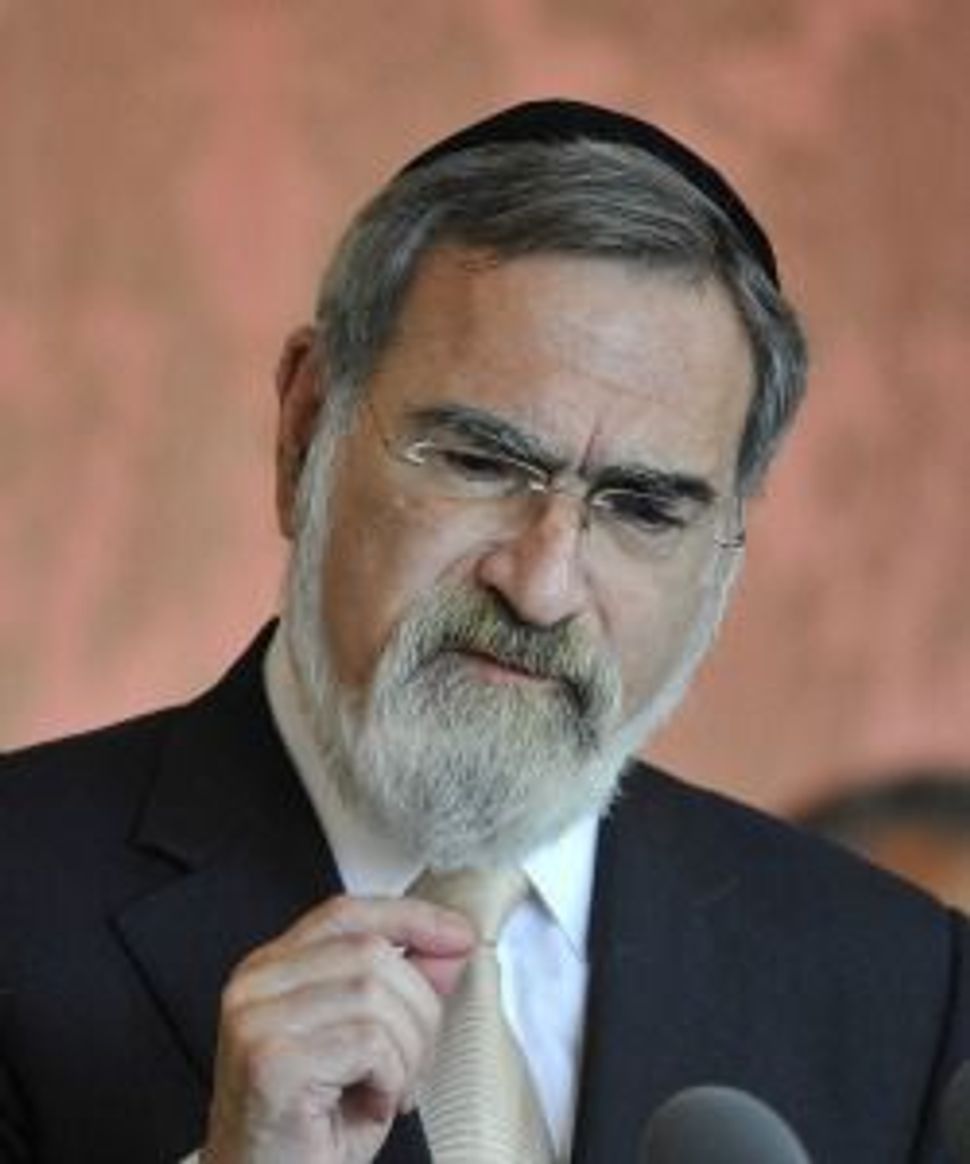 British Prime Minister David Cameron is setting himself up for a most almighty clash with the British religious establishment this week, as he prepares to amend the laws on marriage.

The leaders of all three main parties support government plans to afford same-sex couples the right to civil marriage, plus permission to wed in churches and other religious buildings. While the proposed law is designed to allow churches and congregations the flexibility of opting in or out of officiating same sex ceremonies, it is nonetheless opposed by the Church of England and the Roman Catholic Church.

Orthodox Chief Rabbi Jonathan Sacks and the London Beth Din also oppose any alterations to the traditional definition of marriage. The United Synagogue, of which Rabbi Sacks is the spiritual leader, maintains that “marriage from time immemorial has been that of a union between a man and a woman”, and as such “any attempt to redefine this sacred institution would be to undermine the concept of marriage.”

Yet progressive Jewish denominations, along with Congregationalists, Unitarians, and Quakers, have been leading the push to host same-sex weddings in their places of worship. Liberal Judaism was the first branch to back the Coalition for Equal Marriage – the umbrella organisation lobbying in favour of same-sex marriage – asserting that, “as Liberal Jews, we want to support positive celebrations of life that help the individual to revel in life’s joys as well as to support them through life’s difficulties.”

They were followed in March of this year by the Movement of Reform Judaism. “Religious ceremonies exist in Jewish life for heterosexual couples to express their love, commitment, values and ideals,” Rabbi Colin Eimer stated. “We believe that homosexual couples should have that same opportunity for a religious ceremony within the sanctity of Jewish community, tradition and practice.” Masorti Judaism has yet to adopt a public position on the issue.

Progressive support for same-sex marriage relies upon reinterpretation of the proscriptions against homosexuality set down in Leviticus: “If a man lie with mankind, as he lieth with a woman, both of them have committed an abomination: they shall surely be put to death; their blood shall be upon them” (20:13). Liberal Rabbi Roderick Young argues that this verdict, also noted in Leviticus 18:23, does not address secure and loving same-sex relationships, but rather same-sex acts. Thus, it is possible that Leviticus is addressing itself “solely towards those men who use another man sexually as a substitute for a woman,” or is seeking to argue that homosexual acts represent an “imbalance of power between two men.”

Young also asserts such prohibitions might have pertained to Jewish concern for the family, and the idea that since two men cannot be fruitful, multiply, and replenish the earth in the traditional manner, same-sex sex would have been morally comparable to Onan spilling his seed upon the ground (Genesis 38:9-10). Liberal Judaism, however, acknowledges that objection to gay marriage on these grounds is null, since between adoption and surrogacy, there is one than one way to fulfil this commandment. “We acknowledge that the definition of ‘family’ has changed considerably and we affirm the right of Jews to create the type of family unit that best suits who they are.”

Above all, Young and the Liberal movement believe that Leviticus must not be used to justify discrimination. He cites Exodus 23:9 – “Thou shalt not oppress a stranger: for ye know the heart of a stranger, seeing ye were strangers in the land of Egypt” – to argue that Jews should be especially sympathetic towards the LGBT community in the UK. “It is a historical fact that homosexuals have suffered much prejudice, discrimination and persecution, along with other non-conforming minorities,” Young concludes. “It is no coincidence, and it needs to be remembered, that homosexuals suffered and died in Hitler’s concentration camps alongside Jews and others.”

Together, the Liberal and Reform denominations cover around 80 synagogues, and represent close to 30 percent of Jews affiliated with synagogues across England, Scotland, and Wales.

Pushing for Gay Marriage Across the Pond