Was Nechemya Weberman on Trial — or Satmars? 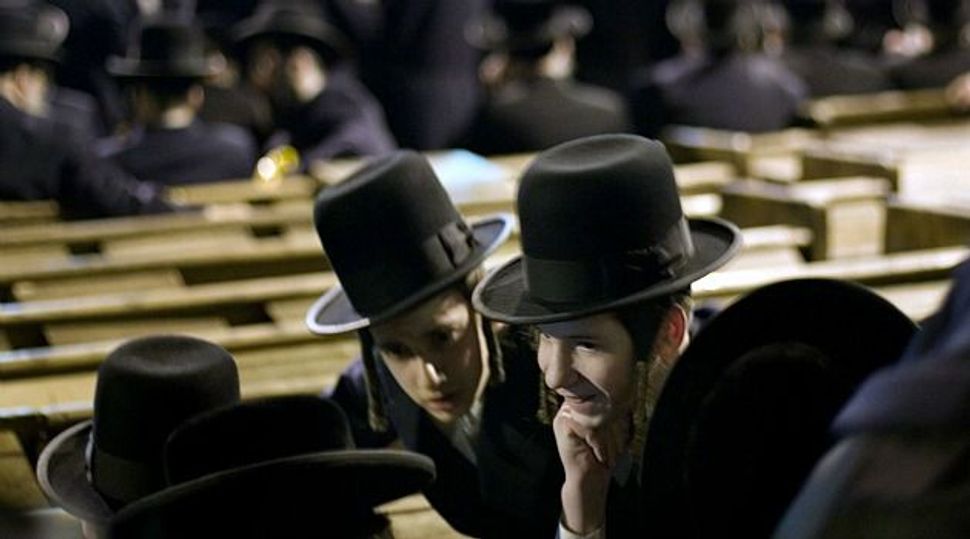 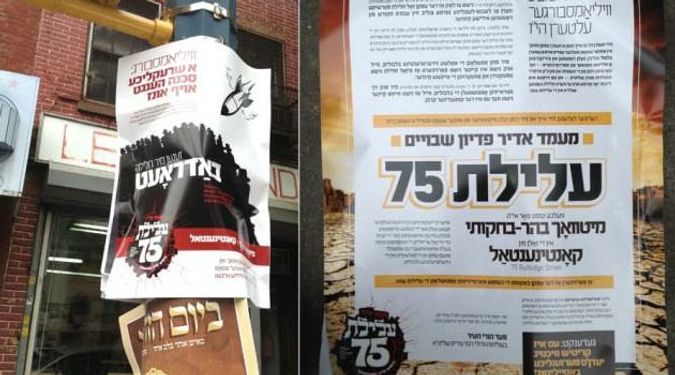 Community Pressure: Posters in Brooklyn denounce the accuser of Nechemya Weberman. In their zeal to convict Weberman, did Brooklyn prosecutors tar the entire Satmar community?

On December 10, Nechemya Weberman, an unlicensed youth and marriage counselor in the Satmar community of Brooklyn’s Williamsburg, was convicted of 59 counts of sexual misconduct against a minor.

As in any trial, the judge reminded the jurors that the defendant’s guilt must be proved “beyond reasonable doubt.” But with Weberman now facing a possible prison sentence of 25 years or more, it is worth asking what exactly has been proved beyond a reasonable doubt, and whether it was Weberman’s community as much as his actions — deplorable if true — being judged in the docket with him.

The Brooklyn district attorney’s case hinged exclusively on the credibility of the team’s single witness — the young woman accusing Weberman of sexually abusing her during each of their counseling sessions, which often took place multiple times a week, beginning when she was 12 and ending when she was 15. Though there have been reports of other victims, both from religious support groups for victims as well as from the DA, none have come forward. Weberman has flatly denied the allegations. When asked if he had ever touched his accuser inappropriately, he said, “Never, ever.” Absent DNA evidence, the case is a he said, she said. The verdict hung ultimately on whose testimony the jury found more credible.

Weberman’s defense team questioned the accuser’s credibility by arguing that she had two very strong motives for wanting to harm Weberman. First, the accuser’s sister owed the defendant $35,000, the first $10,000 of which was due six days before she went to the police to report Weberman. And second, Weberman had assisted the accuser’s father in taping her having sex with her 18-year-old boyfriend when she was 15, leading to the boyfriend’s arrest. On the stand, Weberman’s accuser denied that she knew of his involvement in the arrest, stating that she learned of it only this past summer, though Weberman’s name was explicitly stated as an accomplice during her original complaint to the New York City Police Department, two years ago.

The defense team also pointed to discrepancies noted when comparing the accuser’s testimony in court with her conversation with the arresting detective, to whom she made the original complaint. Furthermore, the top two counts for which Weberman was standing trial were on dates of alleged abuse that didn’t match the victim’s statement to the NYPD. For these reasons, Weberman’s attorney argued, none of the evidence against his client is provable beyond reasonable doubt, and the case should be dismissed.

On the other side of the aisle, the DA’s office painted Weberman as a sexual predator with a harem of young girls to satisfy his every sexual need. But their main attempts to discredit him came not from testimonies of other victims, of which there were none, but rather from his shady business dealings and his position in the male-dominated Satmar world. They said he used a credit card belonging to his charity organization to pay tuition for one of his children, and later used the same credit card to purchase lingerie (his wife maintains that the charge was hers; she purchased clothing for a young woman who was the recipient of Weberman’s charity). They mentioned the fact that Weberman allows people to call him “Rebbe” despite not being ordained. They mentioned the fact that he charged a whopping $150 a session for “counseling” despite being unlicensed.

But beyond the connotations and stereotypes suggested by this evidence and certainly reiterated in the media, the DA’s case focused on the rules of the Satmar world; the stringency of the dress code; the suppression of free thought; the laws of yihud, or seclusion, governing women and men’s conduct; the regime of terror that the Va’ad Hatznius, the modesty council, allegedly metes out upon young women; the beit din, or private courts, and most of all, the injunction to maintain an absolute separation of the sexes. An expert was brought in to go over the details of this community’s lifestyle, all of which were portrayed as draconian, misogynistic and enabling of sexual abuse. The clear implication was that the accuser was victimized not only by Weberman, but also by his form of religion.

In this context, the accuser was portrayed as a hero in her attempts to escape from this repressive and alienating environment. Her process toward secularization was represented as emancipation from the world of the defendent toward the world of the jurors. She stood up for herself in school — questioning God and the necessity of modesty laws — becoming an outcast; now she stands up to the accused, who is backed by the Satmar establishment “like a god in Williamsburg,” the accuser said.

But one of the main signs of this secularization was hidden from the jury. The judge didn’t allow the tape showing the accuser having sex with her older boyfriend to be admitted into evidence — an expected but monumental decision, as it turns out. One alternate juror who I spoke with while observing the trial, a Brooklyn resident in his mid-30s, said he was “split down the middle” as to whether he would have convicted. The alternate juror said that seeing a sex tape would definitely have made him question the credibility of the witness. While it would be deeply problematic for a young woman’s testimony to be discounted simply on the grounds of her not being a virgin, or even on the grounds that she might be the only victim, it would be equally problematic for a man to be accused of a crime he might not have committed because a jury had been alienated by his religious choices.

Based on the evidence actually presented in court, only the accuser and accused, and not the jury, can be said to know what happened between them during those sessions, beyond reasonable doubt. The testimonies of those who have heretofore refused to come forward would be required to tip the scales. While the value of using reasonable doubt as a standard for judging criminal acts, especially rape, may be debated, as might the Satmar community’s business dealings and handling of teenage behavior, Weberman was not on trial for his community or his business dealings, though at times this seemed like the DA’s central and more damning argument against him.

Was Nechemya Weberman on Trial — or Satmars?