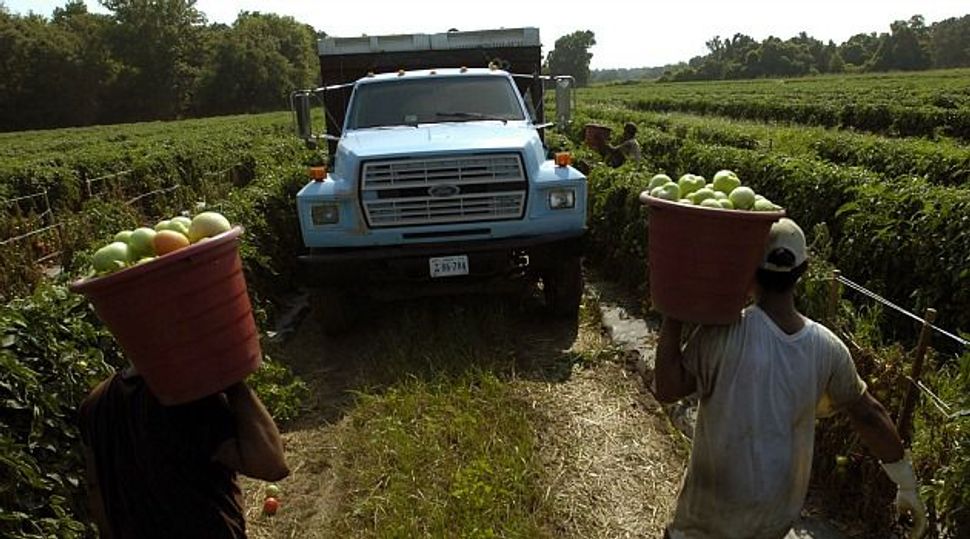 Every day this week, the Forward is publishing pieces from opinion leaders in different fields about their prescription for policy in President Obama’s second term.

One hundred and fifty years after the Emancipation Proclamation, slavery still exists in America. It takes place in just about every industry — agriculture, manufacturing, restaurants, domestic work and the sex trade.

From all corners of the globe, needy people are exploited with the promise of well-paying work elsewhere. This leads to human trafficking — which all too often leads to forced labor conditions little different from enslavement. In his first term, President Obama strongly indicated his commitment to ending forced labor. Fighting human trafficking is now an interagency campaign of the federal government, meaning there is collaboration on the highest level.

In September, the president issued an executive order that institutes a zero tolerance policy for federal contractors and subcontractors that engage in trafficking. The president’s Advisory Council on Faith-based and Neighborhood Partnerships is prioritizing human trafficking; last month, the group published draft recommendations on wiping out slavery.

This is a strong start. Here are a few other priorities for wiping out slavery in the U.S. for good: Pass the Trafficking Victims Protections Act, which extends critical protections and services to victims of trafficking. A bipartisan bill, TVPA lapsed in 2011. Direct federal agencies not to purchase goods produced by slave labor, either at home or overseas.

One good way to do this is to commit the Department of Agriculture to procure only Florida tomatoes produced under the Fair Food Program of the Coalition of Immokalee Workers. Fully fund legal and social services for survivors in the 2014 fiscal year budget. Institute regulation for those who recruit foreign labor. Many victims of human trafficking enter the United States on temporary worker visas. They pay huge fees to work legally, only to arrive in debt to find no job waiting. A national plan must be developed for coordination of agencies and NGOs to fight trafficking and its root causes.

Jill Jacobs is the executive director of Rabbis for Human Rights-North America.