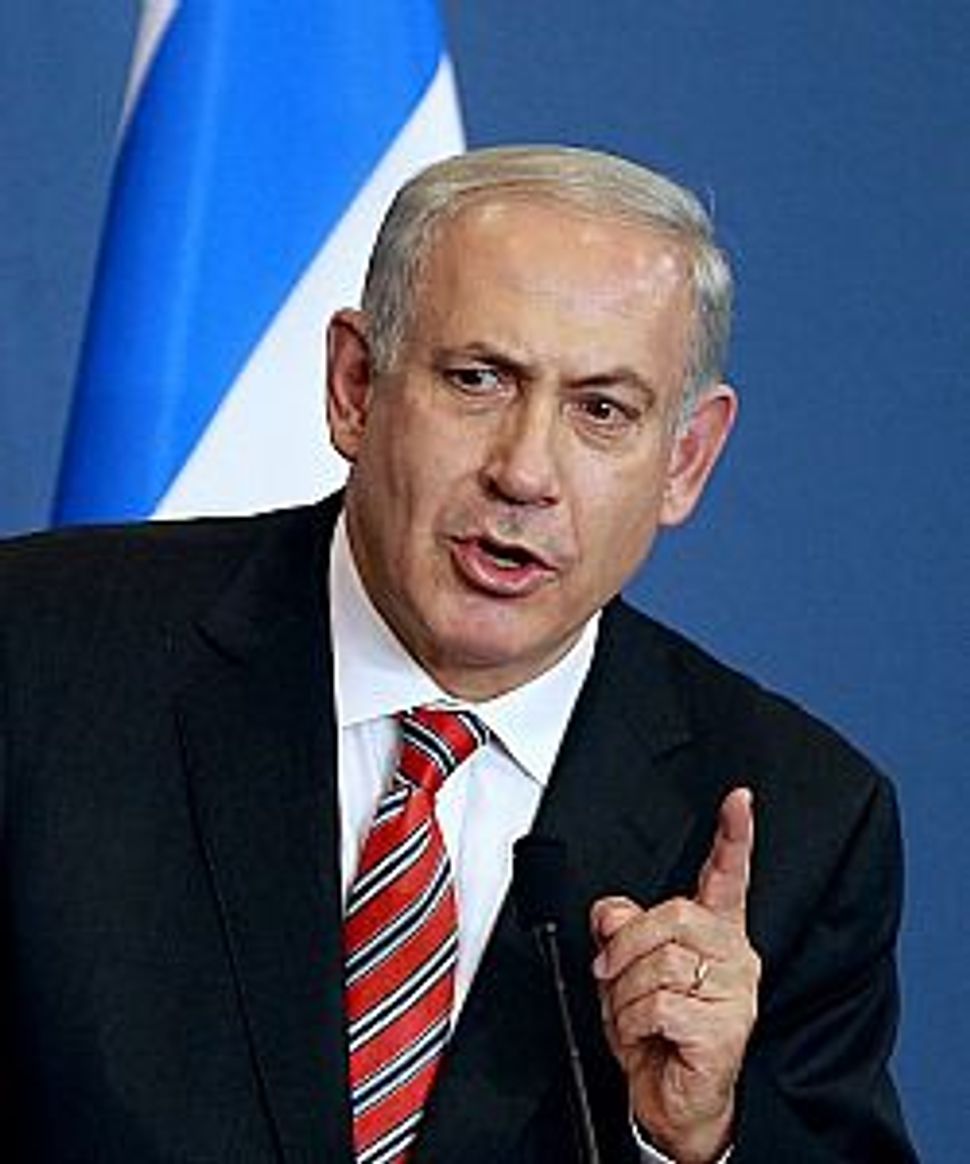 With less than three weeks until elections in Israel, the nation’s leading party still has no platform.

Prime Minister Benjamin Netanyahu’s hybrid political faction formed from the recent merger between the ruling Likud party and right-wing Yisrael Beiteinu, has yet to publish its platform, in which it lays out its stands on major issues.

It’s a standard practice of political parties in Israel, just as it is in America. But Likud Beiteinu officials in the Israeli press as saying the joint list may forgo one altogether, since the idea is “anachronistic.”

As it turns out, Likud Beiteinu may have good reasons for avoiding the publication of a party platform.

From a practical standpoint, party platforms do little to attract voters and it is hard to find swing voters who sit down and compare platforms before casting their ballot.

But the combined party also has a specific reason to avoid making any policy statement this year. The Likud party has taken a turn to the right in recent years, and with the addition of ex-foreign minister Avigdor Lieberman’s Yisrael Beiteinu to the joint list, the new party has moved from center-right closer to the far right wing of Israeli politics.

Nowhere is this more so than when dealing with the Israeli – Palestinian conflict—an issue to which the international community, including the United States — Israel’s prime supporter — is extremely sensitive.

Netanyahu stated in his 2009 Bar Ilan speech that he supports a two-state solution for the conflict. It was a statement hailed by Washington at the time as a crucial step in forging a working relationship with the then-newly elected Likud government. Not much has happened since to promote such a solution.

But that Bar Ilan statement remains formally as the official policy of Netanyahu and the government he heads. Now, members of his own party are calling for the deletion of any reference to the two-state solution from the platform. Doing so could help Netanyahu win over voters from the right that are slipping toward support of Habayit Hayehudi, a pro-settler Orthodox party that is gaining rapidly in polls. But that could complicate relations with the U.S. and Europe, and expose Netanyahu to criticism from centrist political figures such as Tzipi Livni.

Under these circumstances, avoiding the publication of a party platform could be Netanyahu’s best move. The Likud’s new political partner, Yisrael Beiteinu, still has on its website the platform it adopted before joining forces with Netanyahu’s party.

It is not an easy read for supporters of the two-state solution and creation an independent Palestinian state, the official U.S. policy. The platform states that “the call for a Palestinian state and for the Right of Return is meant to disguise the real goal, which is to end Israel’s existence as a Jewish and Zionist state.”

Yisrael Beiteinu’s platform does not, however, rule out altogether the idea of a separate Palestinian entity of some kind in the West Bank. It states that the any future peace accord should be based on the principle of “maximum separation” and that one way of achieving this goal is by “swapping land and population” — a reference to the party’s proposal to strip hundreds of thousands of Israeli Arabs of their citizenship and transfer them and the land on which they reside over to any Palestinian entity that emerges from Israeli-Palestinian talks. In exchange, under this proposal, Israel would retain Jewish settlements that now sit in the occupied West Bank.