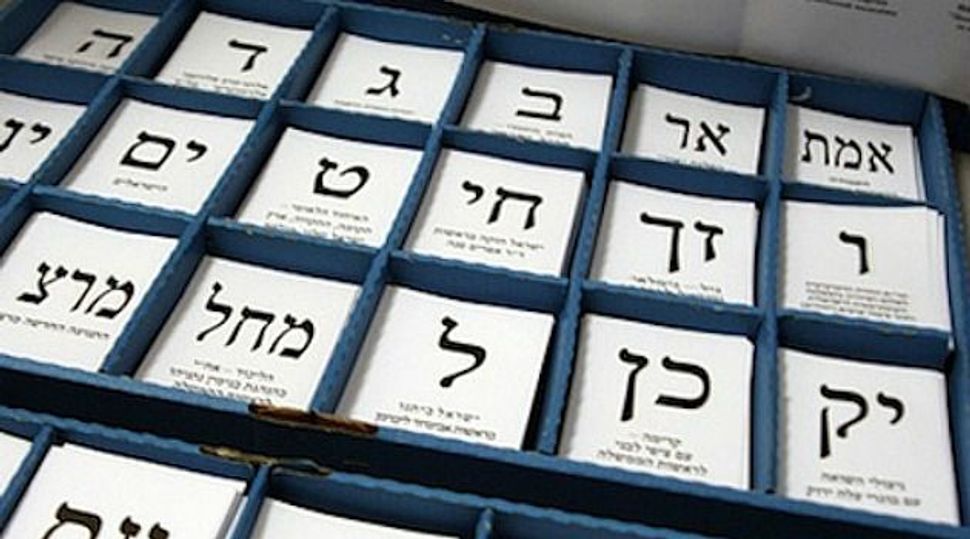 Who’ll be the winner January 22? Nobody, it would seem, because for the first time in 43 years of living in Israel, I don’t intend to vote.

Certainly not for Netanyahu. How often can you reward the same man for disappointing you?

Not that he deserves all the abuse that’s been heaped on him. He’s performed well on Iran, his silly appearance at the United Nations last autumn notwithstanding. He deserves credit for standing firm on the West Bank and Jerusalem. True, he hasn’t wanted to negotiate with the Palestinians, but neither have they wanted to negotiate with him. Both have good reasons, because negotiations right now can lead nowhere.

He’s been right to go on building in the settlements. There’s no greater cliché than the one that keeps insisting that the settlements are a major obstacle to peace. They may have been that once, when they were few and sparsely populated enough to be removed. Now that they’ve long passed that point, any peace agreement will have to make room for their existence. A hundred thousand Jews, more or less, in them will make no difference.

But Netanyahu has lacked the courage of his convictions on too many other things. He’s missed golden opportunities to carry out the economic reforms he knows are needed, to make Israel a more affordable place for its young people, and to spur the integration of its Haredi community into its army and society, all because he’s been hesitant to challenge vested interests.

His fear of being outflanked on the right has caused him to open the Likud wide to extremists and merge it with a party headed by a political ruffian like Avigdor Lieberman. He hasn’t shown an iota of leadership. A country can put up with a lot if it agrees with where it’s going; Netanyahu hasn’t given Israelis a clue where that might be.

Who else, then, might a centrist like me, who sometimes veers a little to the left, sometimes a little to the right, and is equally allergic to the platitudes of progressivism, the pieties of religion and the nastiness of hyper-nationalism — vote for?

Kadima? It’s a sinking ship that’s already below the water line. In the first place, it was just a jerry-built tub for Sharon to leave the Likud on, and it was doomed to capsize sooner or later without him.

Tzipi Livni, who jumped overboard after losing the battle for Kadima to Shaul Mofaz? She’s run a single-issue campaign, which is that she alone can negotiate peace with the Palestinians. Considering that she couldn’t accomplish this as foreign minister under Olmert, who made the Palestinians an offer that only they could have refused, how is she going to manage it under Netanyahu, who will be prime minister again even without my vote?

A television personality like Yair Lapid? He’s gone Livni one better by running a no-issue campaign. His platform is that if middle-class Israelis vote for him, he’ll do something good for the middle class. Right now he can’t remember what that is, but he’s sure he will by the time he’s sworn in as a minister in Netanyahu’s Cabinet.

That leaves Labor and Shelly Yachimovich. To tell the truth, I was planning to vote for them. Labor is a real party, with roots. It has some attractively fresh young faces on its Knesset list, and I’ve liked Yachimovich’s attempt to nudge it back toward the political center, where it traditionally stood until it drifted leftward. She stood no chance of winning the election, of course, but I had hoped that if she did well, she would give Netanyahu the option of moving centerward himself and escaping the clutches of the Zealots by taking her into his coalition in their place.

So what does Yachimovich do? Less than three weeks before the election she announces that if she can’t win, she’ll join the opposition rather than consort with Netanyahu. She’ll do Israel as much good in the opposition as Chuck Hagel will do in the Defense Department.

It looks like I’ll be staying home on January 22. And since as I go, so goes the nation, a lot of other Israelis will be, too.