Are We Jews by Choice or Blood? 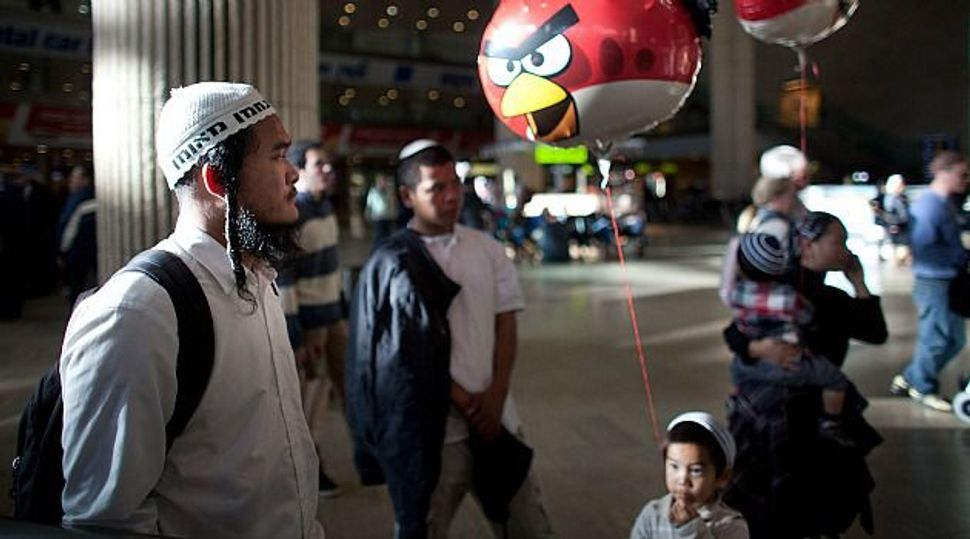 Thicker Than Blood: Why is it so hard for us to define who is a Jew? Leonard Fein believes it?s a great thing to be Jewish by choice. Image by getty images

Back when he was Israel’s Minister of Justice, the irrepressible and ever-creative Yossi Beilin put forward a proposal for secular conversion to Judaism. As he explained, “It is simply unimaginable that in the 21st century, a time in which most of world Jewry is not religious, we should continue to grant certain religious establishments the right to define ‘who is a Jew.’”

Or, more elaborately, “We must… give people… who wish to be identified as Jews the right to join the Jewish people on the basis of their own self-definition. I envision a situation where a non-Jew — who does not claim membership in another religion — turns to the local Jewish community and asks to be registered as a community member. The community would ask for references from two Jewish community members, as is customary upon joining certain movements or clubs.

Once the community is convinced that the reasons for joining are pure and that the motivation is straightforward, it would register this new Jew within its ranks without providing her or him with a religious ceremony. If the new member later chooses to marry within a Reform context, the Reform movement would require a Reform conversion; similarly the Conservative and Orthodox movements. The new Jew would then decide whether to undergo that procedure. From the standpoint of the Jewish community, however, the individual would be considered a Jew based on self-definition.”

The Beilin proposal went nowhere and was soon enough forgotten. But why the reluctance to endorse the kind of inclusiveness the Beilin proposal intended? Why did so few people consider what its rejection implied?

In the end, there can be only one reason, and the reason is blood. For to reject the idea of a Jewish people whose members have defined themselves as Jews is to define Judaism as chiefly a biological category, leavened somewhat by conversion.

Ponder the implications of that: If being Jewish is about having Jewish blood, then Judaism is a race. Do we believe that?

More generally, do we believe that blood lines should determine anything at all?

That is not a rhetorical question. Quite obviously, there are many Jews who think exactly that — and not only in the Orthodox community. That blood lines matter is a widespread and mostly unexamined belief. But upon examination, it crumbles.

Think of it this way: Broadly, societies can award status based either on ascription or on achievement. Ascription — as, for example, ascribing to the children of college alumni a preferred status. An ascribed status is a given, independent of a person’s merit, without reference to the person’s abilities. Achievement — a status earned by effort, informed by choice.

It has become routine to claim that these days, all Jews, at least in America, are Jews by choice. And if we are all Jews by choice, it follows that our relationship to being Jewish — the importance we attribute to being Jewish and our relevant beliefs regarding the implications of being Jewish — is also inherently a matter of choice. We see this all around us. Atheism, agnosticism, fervent denominationalism (as also passive denominationalism), friendship and residential preferences, charitable behavior — these all vary greatly.

If I am permitted to define Judaism for myself, short of accepting some other religion, then I can come to Judaism with all manner of beliefs, values, even customs. And others can, just as freely, choose to take our dreams as their own. Is it a bad thing that so many have taken our Exodus story and woven it into their own narratives?

Judaism as a free-for-all? But isn’t that exactly what we want? And for those of us who reject that unbridled freedom — well, they are free to pick the cloister that best suits them. That is what being a Jew by choice means.

Are We Jews by Choice or Blood?