French Jews Picked as Most Loved — and Hated — Figures 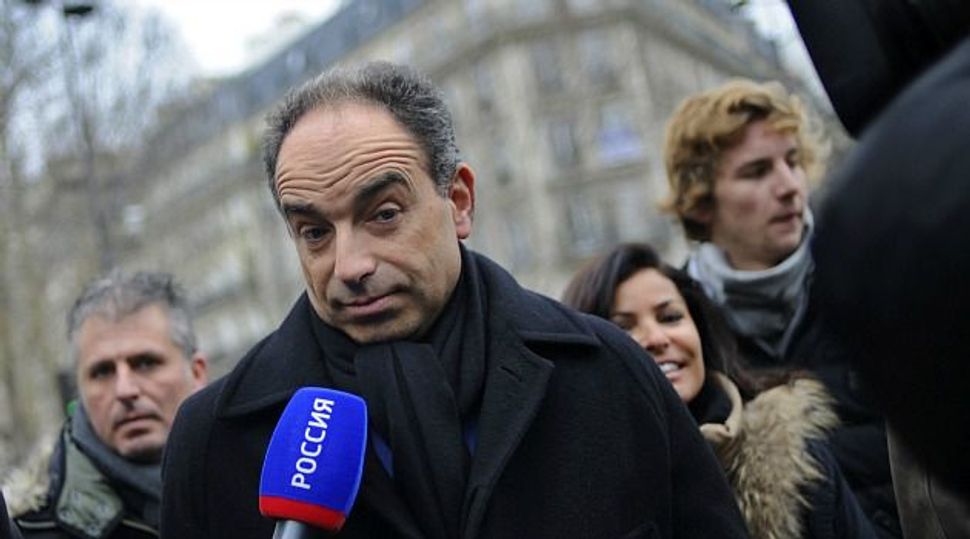 Most Despised: Jean-Francois Cope was named the most disliked public figure in France. Image by getty images

The results are in from France’s annual flurry of end of the year polls to determine who is in and who is out, embraced or disgraced by the public. According to the newspaper Le Parisien, the nation’s most admired public figure is the singer and songwriter Jean-Jacques Goldman. More or less at the same time, Le Monde announced that the most “detested” figure is, by a landslide, Jean-François Copé, the embattled leader of France’s main conservative political party, the Union for a Popular Movement, known as the UMP.

Both Goldman and Copé, it just so happens, are Jewish. (As is Simone Veil, the politician and feminist icon who finished a close second to Goldman.) But it is a telling happenstance, one that casts light on a country seemingly bedeviled by the persistence of anti-Semitism. 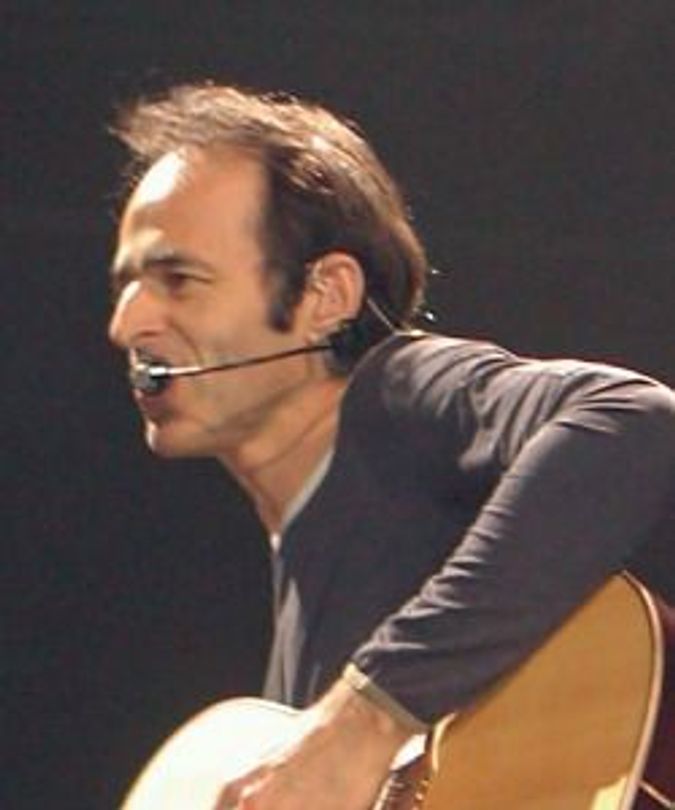 Love ?Em or Hate ?Em: Jean-Jacques Goldman is little known in the U.S., but he?s been named France?s most admired public figure. He?s Jewish, as is Jean-Francois Cope, who is the most hated. Image by getty images

Goldman is one of the most popular singers and songwriters Americans have never heard (or heard of). Over the past quarter-century, he has scored several platinum hits in France, ranging from lovelorn ballads to, well, yet more lovelorn ballads. He shares Jacques Brel’s penchant for sentimentality, as well as his aquiline profile and swept back hair; for better and worse, he lacks Brel’s wounded and wounding take on humankind. (It is hard to imagine Brel writing songs for Céline Dion, as Goldman does.) Goldman is the sort of singer your parents want you to bring home — a mensch who wrote a theme song for Restos du Coeur, a charity that provides food for the indigent and homeless in France.

Don’t expect to bump into Copé serving soup at your neighborhood Restos du Coeur. Algerian Jewish on his maternal side, Romanian Jewish on the paternal (the family’s original name was Copelovici), Copé is the mauvais garçon of French politics. A product of France’s elite Ecole Nationale d’Administration — the training ground for the vast majority of the nation’s political leaders, regardless of their party affiliation — Copé cast his lot with the French right. Steadily climbing the rungs of power, he became the leader of the UMP in 2007 when its founder and candidate, Nicolas Sarkozy, won the presidential election.

In fact, Copé resembles Sarkozy, a man whose manic energy and inability to focus for long on any subject other than himself earned him the moniker President Bling-Bling. Like the former president, Copé respects more than he fears in the American model of free enterprise. (He attended a French-English bilingual high school in Paris and, as the French political commentator Michael Behrent notes, has studied business management in the United States.) Also like his mentor, Copé seems to fear more than respect the presence of French Muslims. At the very least, he clearly believes that it is politically expedient to stoke fear among others.

In the wake of Sarkozy’s loss in last year’s presidential election, Copé launched a take-no-prisoners campaign to win re-election as leader of the UMP. Doing as Sarkozy did in his own campaign, Copé returned repeatedly and pointedly to the questions of race and national identity. His campaign pamphlet, Manifeste Pour une Droite Décomplexée (Manifesto for an Unabashed Right Wing), announced the discovery of a new kind of racism: anti-white racism. There are certain neighborhoods, Copé declared, where white Frenchmen and Frenchwomen not only have become a minority, but also feel scorned and threatened by locals “who do not have the same religion, skin color or even origins.”

During the final stretch of a very tight race with Sarkozy’s former prime minister, François Fillon, Copé doubled down on the race card, seeking to win over voters who had been increasingly attracted to the extreme right-wing Front National. At a campaign stop in the southern city of Draguignan — which just happens to be an FN stronghold — Copé declared his solidarity with parents whose children have “had their pains aux chocolats taken away by thugs, who tell them they can’t eat during Ramadan.” Though the press never learned the answers to whom, where and when, they did learn why Copé said it: because it worked. Copé won the election by a hair.

Or didn’t. Fillon’s camp immediately cried foul, claiming that some ballot boxes had been stuffed while others had been ignored. When efforts at a recount fell flat, Fillon demanded a new election, to which Copé agreed — to take place, though, in 2015. The merde continued to hit the fan for the next several weeks, spattering both candidates, but especially Copé. Though the two men finally reached an agreement this past December, Copé hasn’t benefited: Le Monde’s poll reveals that even Marine Le Pen, the right-wing FN leader, repelled fewer respondents than Copé (63% against Copé’s astounding 71%).

For some, these numbers raise an important question: Had there been a write-in vote, would Kim Jong-un also have proved more popular than Copé? For others, there is an equally intriguing question: What, if anything, do these polls mean? At the very least, they underscore the ironic possibilities of a republic that allows politicians who have benefited from its race-and religion-blind ideals to use race and religion to their political benefit; at the most, it reconfirms that France, despite growing tensions, remains a nation where Jews can one day become Mr. Popularity, or Mr. Despicable, with nary a mention made of their Jewishness.

French Jews Picked as Most Loved — and Hated — Figures