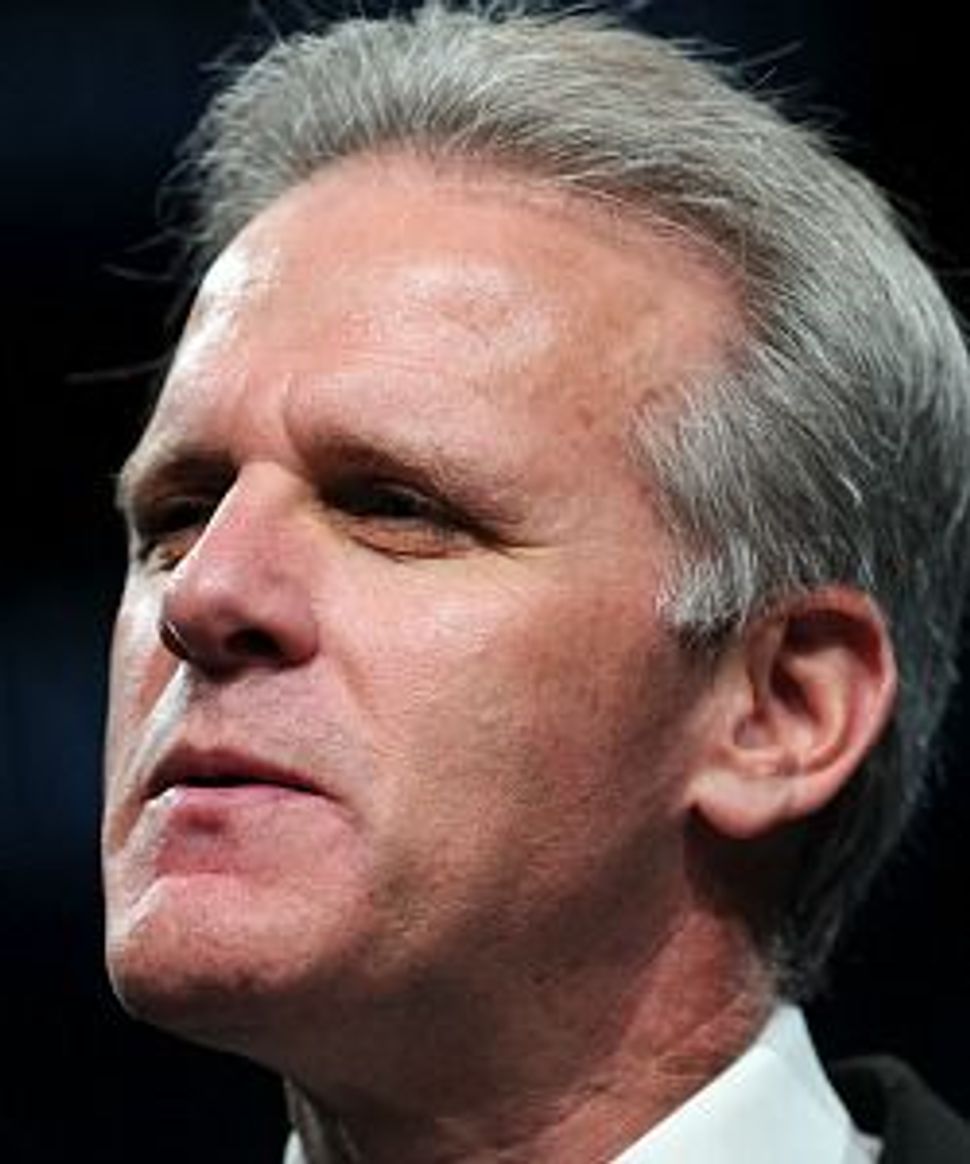 The insulting remarks about Jews made by Mohamed Morsi in 2010 have been replayed enough that they don’t need to be repeated here. Morsi was a member of the Muslim Brotherhood then, and probably never thought he’d become president of Egypt in just a few years. That may explain his remarks. It doesn’t excuse them.

Beyond lamentation and condemnation, how else should good people respond?

When asking myself that question, I thought back to the Forward’s January 9 meeting with Michael Oren, the Israeli ambassador to the United States. Most of our discussion was off-the-record (his request, not ours), but I thought it was interesting that at only one point during the hour-long talk did he specifically say we could quote him. Oren is a very adept diplomat, an articulate, American-born historian with a command of language and nuance. He knows how to talk to the press. He wouldn’t go on-the-record unless he meant to.

And so he clearly wanted to get across a message about Morsi.

The context was the issue of American aid to Egypt, and the fact that the Obama and Netanyahu administrations are arguing that it should continue, even in the face of Congressional opposition and, of course, tremendous upheaval and uncertainty in Egypt. (Note to those continually looking for conflict between D.C. and Jerusalem: on this topic, they agree.) Oren said he was aware of Morsi’s prior critical remarks about Israel and the West, but the ambassador also pointed to the Egyptian president’s constructive role in ending the latest Gaza conflict and in maintaining the treaty with Israel.

“Distinguish between what he says and what he does,” Oren told us. “And that’s on the record!”

Now, this conversation took place before the 2010 video was unearthed with Morsi calling Jews all sorts of disgusting names. In that light, Oren’s admonition might have changed and his support for Morsi softened or withdrawn.

But this exchange raised an interesting dilemma: How should we react when partisan ranting gives way to diplomatic action? How do we balance words and deeds? And how can we be consistent? Is it fair to shrug off Morsi’s rant and not, say, the offensive words of an Avigdor Lieberman?

Clearly, the U.S. and Israel have much to gain by continued contact with Morsi — Sen. John McCain, who hardly plays the wimp in this arena, is scheduled to meet the Egyptian president today in Cairo. The more difficult challenge is to weigh words and deeds, to follow Oren’s suggestion while working to change the perception that it’s okay for a leader to slander Jews no matter what else he does.