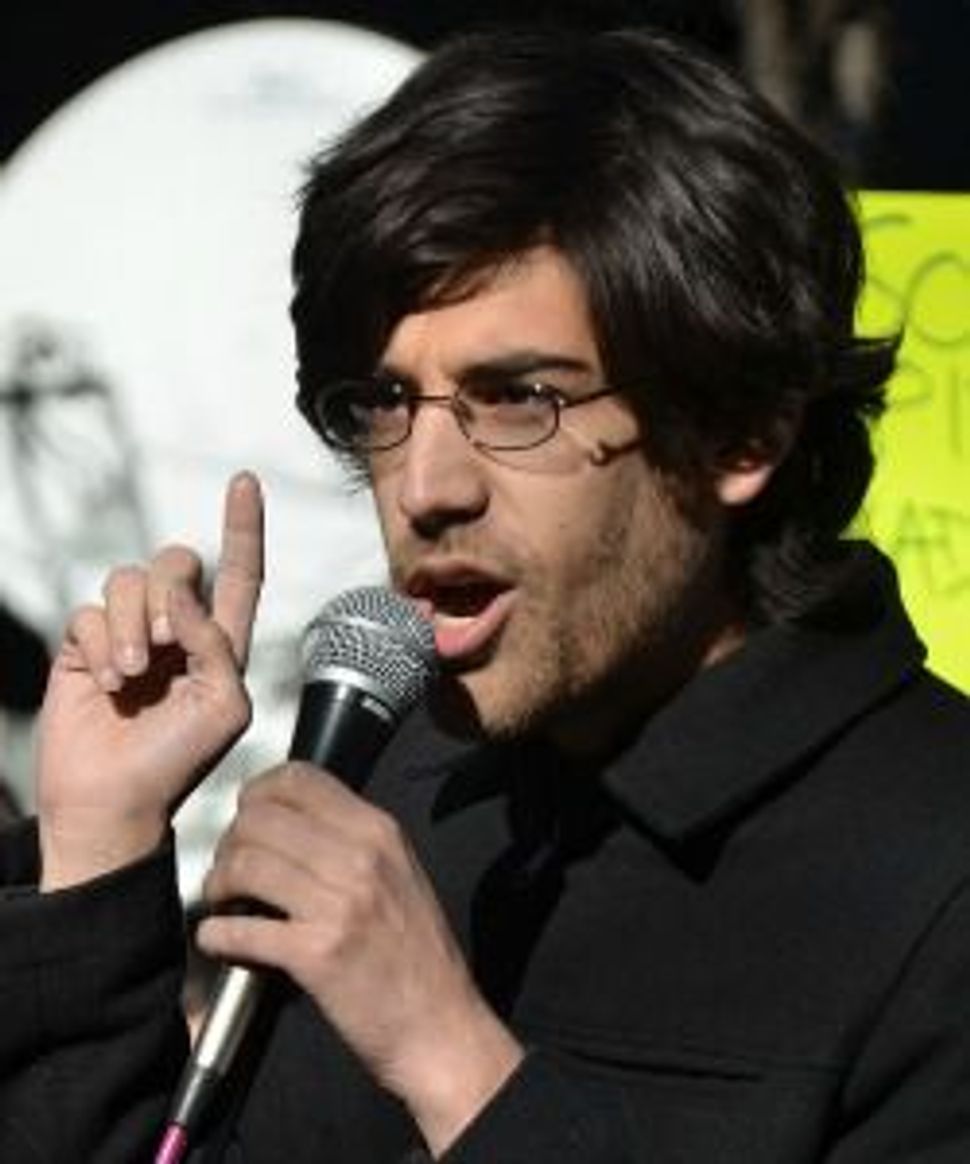 In an effort to drive home the point that everyone, regardless of their economic standing, is required to study Torah, the Talmud cites a story of Rabbi Hillel the Elder. 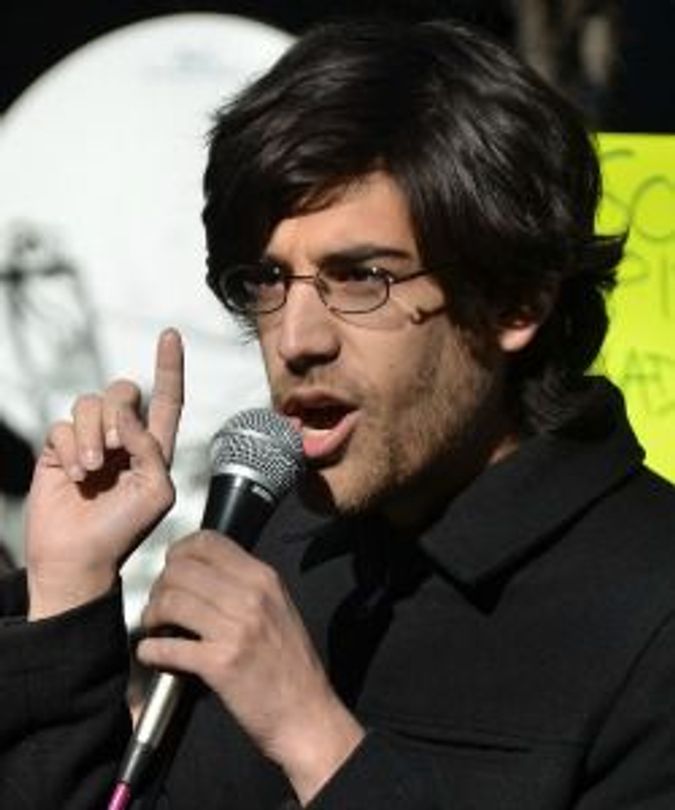 Every day, Hillel worked and earned about half a dinar. He spent half of that to feed and clothe his family, and the other half on his yeshiva tuition. One day, after addressing his family’s needs, Hillel hadn’t enough money left to cover his tuition, and so he was barred entrance from the yeshiva. Rather than heading home dejected, Hillel climbed up to the yeshiva’s roof and pressed his ear to the skylight to hear the rabbis teaching below. Rapt in words of Torah, he failed to notice as it began to snow, and was soon covered from head to toe. The next morning, the rabbis noticed it was darker than normal in the beit midrash, and upon inspection saw a body slumped over their skylight. They raced up to the roof and there discovered Hillel buried beneath the snow. The rabbis dug him free, carried him downstairs, bathed and clothed him, and set him before a fire to thaw.

Then they charged him with multiple counts of felony infringement carrying a maximum sentence of 50 years imprisonment and up to $4 million in fines.

Actually, the last part didn’t happen to Hillel. Rather, his primitive act of copyright circumvention is lauded by the Talmud as exemplary of the spirit with which one should commit one’s self to the pursuit of knowledge.

But it did happen to Aaron Swartz, the 26 year-old hacktivist who took his own life last week after hearing that his latest plea bargain offer had been rejected by the U.S. attorneys prosecuting his case. Swartz’s supposed crime was legally downloading thousands of academic articles from the online database JStor with the intent to illegally share them on the Internet for free.

Swartz grew up in an Orthodox home in Highland Park, Ill., outside Chicago. And though he became an avowed atheist as a teenager, ultimately rejecting religion, his life’s work was nonetheless infused with deeply engrained Jewish values of inquisitivness, scholarship, iconoclasm and a passion for social justice.

These values were apparent in his 2008 “Guerilla Open Access Manifesto,” in which Swartz made the case for data liberation as an act of civil disobedience:

“The world’s entire scientific and cultural heritage, published over centuries in books and journals, is increasingly being digitized and locked up by a handful of private corporations. Want to read the papers featuring the most famous results of the sciences? You’ll need to send enormous amounts to publishers like Reed Elsevier.”

In an effort to make academic and scientific knowledge available to all Swartz advocated, “We need to take information, wherever it is stored, make our copies and share them with the world.”

Three years later, as a fellow at MIT, Swartz discovered that the MIT campus network provided unfettered access to JStor. Taking advantage of this fact, he snuck into a computer closet and connected a laptop that proceded to download the entirety of JStor’s archive.

Swartz was ultimately caught and willingly returned the yet unshared data to JStor, who declined to press charges. However, U.S. attorneys for Massachussetts Stephen Heymann and Carmen Ortiz chose to proceed with charges nonetheless, throwing the book at Swartz. They threatened him with decades of imprisonment and fines to the tune of millions of dollars, proudly trumpeting the indictment to the press and increasing the severity of the charges over time.

No individual was harmed, nor physical property taken nor damaged, nor any economic loss suffered by Swartz’s actions. But in the U.S. in 2013, copyright infringement is apparently more grievous than voluntary manslaughter, rape or armed burglary. In Massachussets, those crimes each carry a maximum sentence of 25 years — half of the threatened penalty leveled at Swartz.

Swartz, who suffered from chronic depression, hung himself from a window with a leather belt after learning that his latest effort to reduce his sentence had been rebuffed — a fact Ortiz now denies. He is now the second hacker pursued by Heymann and Ortiz to have taken his own life.

Swartz’s case raises serious questions not only about prosecutorial overreach and the overly vague nature of computer crimes legislation. It also forces us to ask how we as a society approach the issue of copyright infringement — particularly whether the weight to which we give the economic interests of copyright cartels should be greater than our obligation to educate society and improve ourselves by making scholarship openly accessible.

In the 1500’s, with the advent of the printing press, Jewish printers began to invoke the princinple of hasagat ge’vul in order to stop competing publishers from making facscimilies of their original works. In a responsum, the 18th century rabbi Moses Schreiber, the Chatam Sofer, noted that the basis for this principle was not to form publishing monoplies, but to ensure that the publishing of Jewish texts remained profitable. In that way, the public could benefit from their circulation.

“If we were not to close the door in the face of other publishers [i.e. prohibit competition], which fool would [undertake the publication of Judaica and] risk a heavy financial loss [lit., a loss of several thousands]?” Schreiber asked. “The publication [of Jewish works] will cease, G-d forbid, and Torah [study] will be weakened. Therefore, for the benefit of the Jewish people and for the sake of the exaltation of the Torah, our early sages have enacted [this edict].”

For Aaron Swartz, like Rabbi Hillel before him, that same sense of exaltation for scholarship vastly outweighed the short term economic interests of JStor.

Ironically, the day Swartz took his life, JStor began to open up its archive to the public for free. It was a pyrrhic victory, to say the least.

Daniel Sieradski is a writer, activist and technologist. He was the founder of Jewschool.com and Occupy Judaism. Follow him on Twitter at @selfagency.