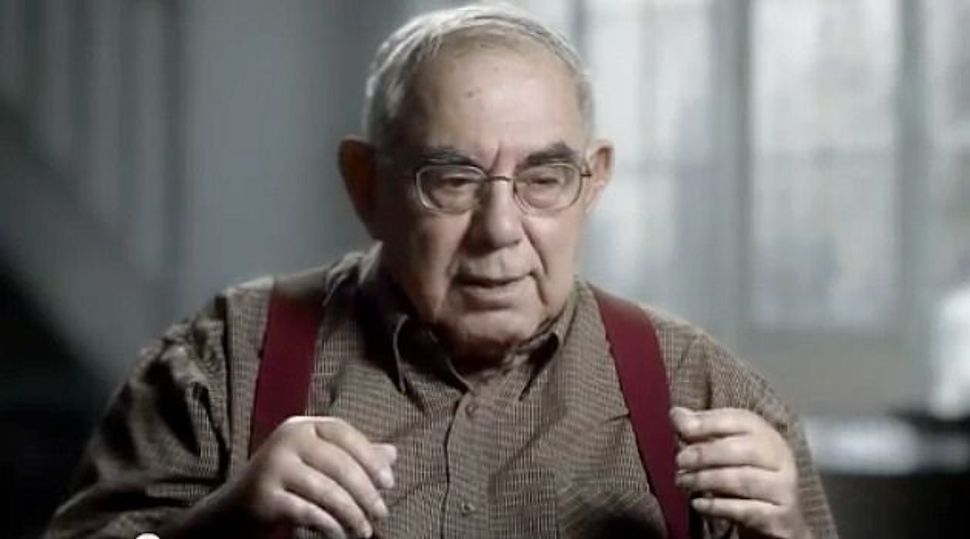 Disturbing Documentaries: ?The Gatekeepers? is an unnerving movie because it?s not Israel?s enemies who are calling for changes in how the country does business. It?s those at the very heart of the Jewish State?s security apparatus.

This is a big year for Israel at the Oscars. After a half-century of snubs and near-misses, Israel’s film industry stands its best chance ever of taking home the statuette. Of the five best documentary nominees, two are Israeli.

Unfortunately, many Israelis aren’t celebrating. Both nominees are about Israeli-Palestinian relations, and both make Israel look very bad. An Oscar for either one would be a tribute to Israeli art, but a black eye for Israel.

I know what you’re thinking: Those Hollywood liberals wouldn’t nominate an Israeli film unless it bashed Israel. Well, surprise: Of the 10 Israeli films previously nominated, not one focused on Israel’s flaws. The earliest were typical fare: war, crime and romance. The most recent explored the fog of war through a soldier’s eyes, depicted clan feuds in Jaffa’s Arab slums and told of rival Talmud professors. It’s only this year that Oscar examines Israel’s warts. Why? Because that’s what’s on Israelis’ minds.

One current nominee, “5 Broken Cameras,” shows Palestinians in the West Bank village of Bil’in protesting the Israeli security barrier bisecting their fields. It’s told via one villager’s home videos, edited by an Israeli filmmaker. It stars the cameraman’s toddler son, growing up amid tear gas and rubber bullets while the village’s farmland recedes before Israeli settler housing.

The other, “The Gatekeepers,” consists of interviews with the last six directors of the Shin Bet, Israel’s feared internal security service. While the camera cuts from talking heads to stock news footage, the interviewees discuss their battles with terrorists, the moral dilemmas of ordering assassinations and abusive interrogation, and Israel’s intractable confrontation with Palestinian nationalism.

Both films are painful to watch, but for my money, “The Gatekeepers” is much harder. True, the villagers in “5 Broken Cameras” tell a wrenching story of army repression and encroaching occupation. But the film never shows the Israeli side, doesn’t discuss the corrosive impact of Palestinian terrorism, never asks what Israel’s alternatives are. It’s all too easy to dismiss.

“The Gatekeepers” isn’t so easy. The narrators aren’t hostile critics accusing Israelis of abuse — they’re Israelis freely admitting abuse. And not just any Israelis — they’re the heads of Israel’s internal security apparatus. Not one or two disgruntled retirees, but every living ex-Shin Bet director.

Yes, they say, we abused suspects and killed bystanders. Our job was to stop terrorists, and we did. But they insist Israel has another option. It can extricate itself from the endless cycle of terrorism and repression by negotiating peace with the Palestinians and ending its occupation of the West Bank.

It’s possible, they say. There is a partner on the other side that’s prepared for peaceful coexistence. Israel tells itself there’s no partner only because its leaders don’t want to give up the territories. They’re barreling toward disaster.

Again, these are not leftist Israel-haters talking. They’re the heads of Israel’s security service, the men tasked with penetrating the Palestinian mind, knowing what to expect and how to respond. That’s why it’s hard to watch. If you’ve spent a lifetime hearing that Israel desires only peace but its enemies are sworn to its destruction, this turns your world upside-down.

How hard is it? Well, I happened to be sitting during the screening with Abraham Foxman, national director of the Anti-Defamation League, a man I like and admire. When it was over, you could see the steam coming from his ears. “It’s a piece of propaganda,” he declared.

“I had a dual reaction,” he said afterward. “On one hand, a sense of pride. What other country’s internal security is headed by people who struggle with the moral dimensions, the balance between saving a life and taking a life? On the other hand, it was put in the context of a political struggle against occupation. It almost became a caricature of itself.” It would have been a better movie, he said, if it avoided politics.

He’d have a fair point if that were the film the filmmaker was making. But it wasn’t. The moral anguish was only half the point. The other half was the futility of Israel’s policy in the territories, and the gatekeepers’ belief that a peace agreement with the Palestinians is urgent — and possible.

I wanted to make sure I got that right, so after talking with Foxman I phoned a couple of the security veterans who appear in the film. Did the film accurately reflect their views, I asked, or were they distorted by the filmmaker’s agenda?

“It completely reflects my views,” said Yaakov Peri, who headed the agency from 1988 to 1994. “We discuss these things among ourselves. We all agree.” Peri reminds me, as he’s told me before, that every ex-Mossad chief and most former army chiefs feel the same way.

But wouldn’t the film have been better if it concentrated on moral dilemmas and avoided politics? “If it had, there would have been no point to the film,” said Ami Ayalon, who headed the agency from 1995 to 2000.

“The six of us reached our opinions from different personal backgrounds and different political outlooks, but we’ve all reached the same conclusion,” Ayalon said. “Many Israelis and American Jews want to deny it, but this is our professional opinion. We’re at the edge of an abyss, and if Israeli-Palestinian peace doesn’t progress, it’s the end of Zionism.”