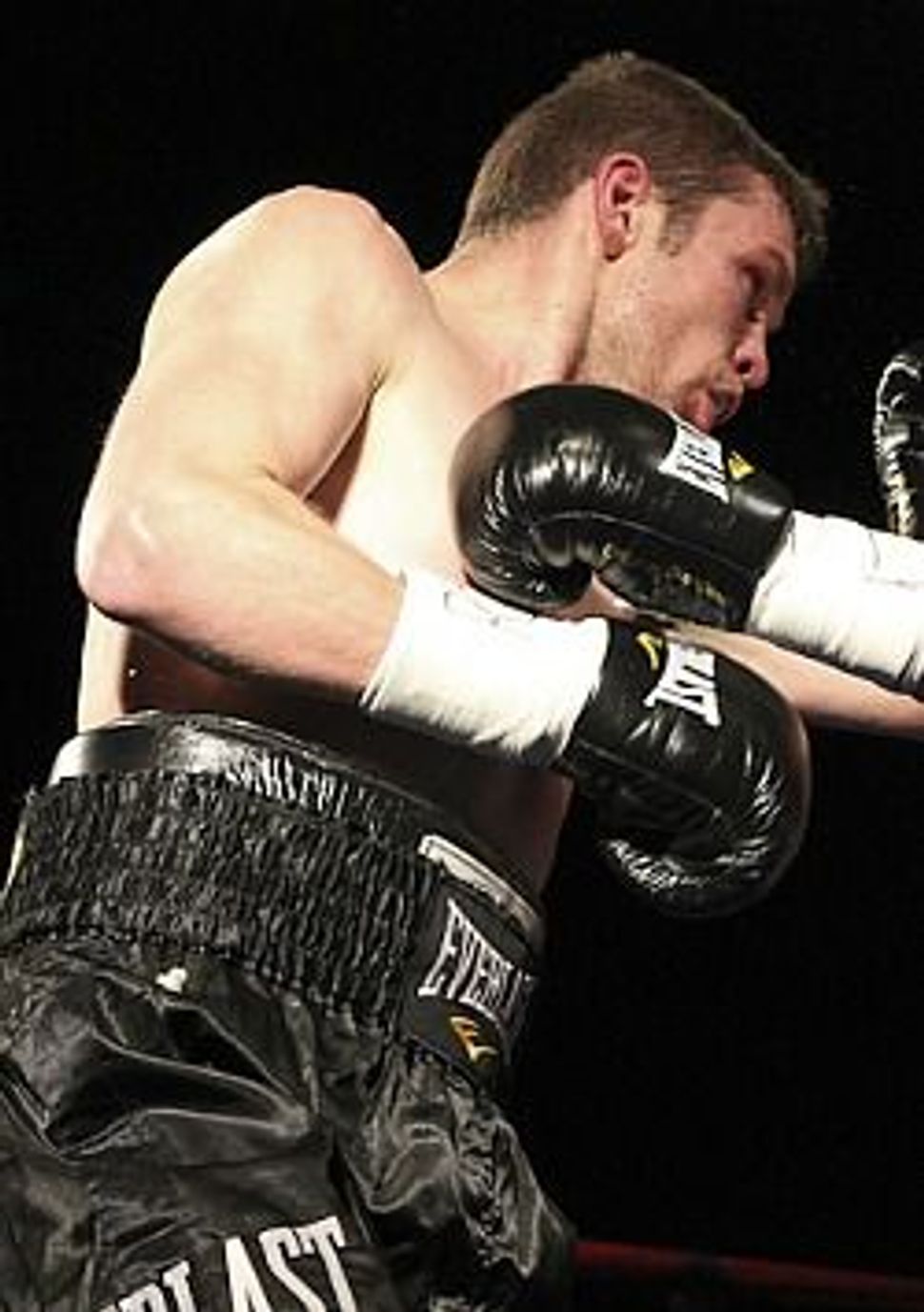 Sitting in my living room wearing pajamas on an especially frigid night watching a live stream of the Yuri Foreman fight, I could not help but marvel at the ability to watch a non-title boxing match in such a small arena (a Times Square blues club!) live over the Internet. Truly, we are in the golden age of the micro-broadcast.

Yuri Foreman stood in the center of the ring wrapped in an Israeli flag with the referee holding Foreman’s right glove awaiting the results. After a scheduled six round fight that went the full six rounds it was now up to the judges to declare a winner.

Foreman fought a well-defended fight and displayed his trademark blistering lateral movement throughout the entire six rounds. Foreman did show the expected rust after a two-year layoff in terms of offense and lack of rhythm. He landed plenty of left-hand straight jabs at will, but multiple punch combinations rarely materialized. Though Foreman was never considered a power puncher, he did seem to hold back on setting his feet and throwing a strong right a little more than usual.

His opponent, Brandon Baue (12 wins and 8 losses), had the characteristics of a bruising brawler with his short haircut and stout physique. But he did not offer much of a threat to Foreman. Baue landed maybe a handful of clean punches in the entire fight and mostly lurked around the canvas trying to engage Foreman in a meaningful exchange of blows.

Foreman never satisfied Baue by standing in one place for more than five or six seconds. Each round, as he became more comfortable in the ring, Foreman landed multiple jabs, one or two combinations, and kept bounding around the ring relentlessly.

Though slightly timid at times, Foreman won over the favorable hometown crowd and with about two minutes left in the sixth and final round they chanted in appreciation, “Yuri, Yuri, Yuri…”

In the end the judges agreed with the ticket holders and saw it decisively for Foreman, delivering a 60-54 unanimous decision in favor of the rabbinical student from Brooklyn. The referee raised Foreman’s right glove in the air.

With that Foreman’s comeback moved one step forward. And I switched off my computer and went to bed.