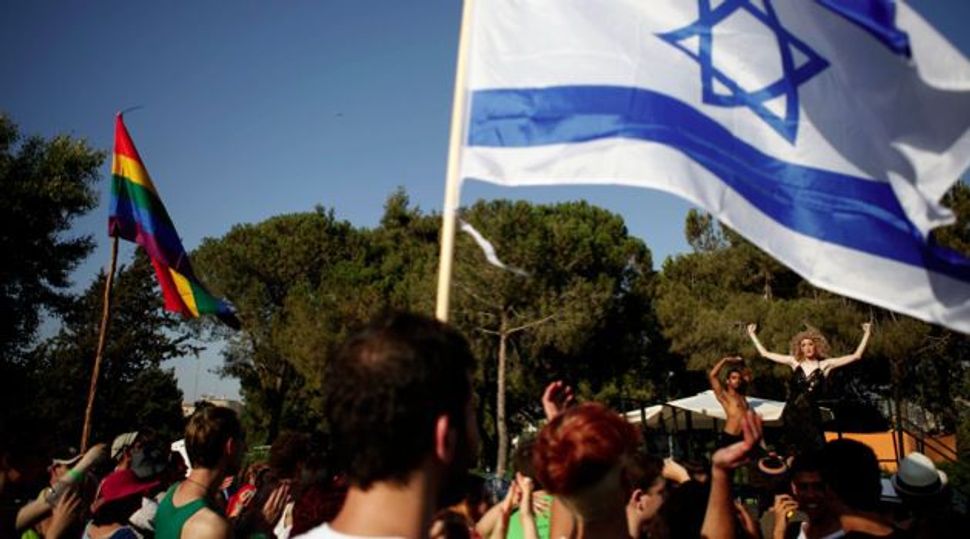 Party Over: Is it time for Israel?s gay community to advocate for its rights? Image by Getty Images

The recent Israeli elections ended with a predictable scene: a victory speech delivered by Benjamin Netanyahu to hundreds of Likud party supporters.

But if this moment of triumph appeared to be a foregone conclusion, there was much that was new — and alarming — about this recent election campaign.

It saw the birth of a new kind of rhetoric in Israeli politics, one that was aimed against a minority group previously ignored by most Israeli politicians: the lesbian, gay, bisexual and transgender community. In the months leading up to the elections, several politicians from various right-wing parties expressed their opinions regarding the inclusion or exclusion of LGBT people from Israeli society and from its most treasured institution, the Israel Defense Forces.

One of the most vocal opponents of the Israeli LGBT community is Moshe Feiglin, a settler and a newly elected Knesset member from the ruling Likud party. In the past, Feiglin has identified with the inhabitants of Tel Aviv and Jerusalem who, according to him, have nowhere to hide when “the disgusting Gay Pride Parade marches outside their homes.” Feiglin has even gone as far as to present himself as a proud homophobe.

Of course, anti-gay sentiments are not limited to Feiglin or to the Likud party. Yair Shamir, another newly elected Knesset member from the Yisrael Beiteinu party, has said that there is no place for same-sex marriage in Israel. Uri Arieli, a veteran member from the Religious Zionist Jewish Home party, believes that homosexuals who flaunt their sexuality should not be allowed to enlist in the IDF. And members of the Shas party, a senior member in the former Netanyahu coalition, routinely refer to homosexuals as deviants and sick people.

Generally, anti-gay comments made by Israeli politicians have little effect on the majority of Israeli LGBT people, who feel no need to hide their sexual orientation or to apologize for their way of life. But while the Israeli LGBT community is a proud community, it is also a silent one. It has never found a way to express political power through a lobby that would act to promote legislation securing its civil rights. It has also has refrained from entering the existing political establishment in order to back openly gay candidates to the Knesset.

The fact that the LGBT community has yet to politically advocate for its interest distinguishes it from some other minority groups in Israel, those that have created influential lobbies that aggressively promote their agenda. While the settlers and the ultra-Orthodox follow the model of American special interest groups, the gay and lesbian community is nowhere to be seen. So what happened to “We’re here. We’re queer. Get used to it!”?

It’s possible that the apparent lack of interest of the LGBT community in Israeli politics derives from its full acceptance into the State of Tel Aviv. Hailed by travel guides as one of the most “gay friendly” cities in the world, Tel Aviv has become a safe haven for LGBT people who flock to it from all over the country. Not only does Tel Aviv accept LGBT people as equal members of society, but it also celebrates gay culture, enabling the creation of a unique Israeli gay identity. In other words, people in Israel’s LGBT community have accepted a sort of two-state solution — with one island of tolerance sorrounded by a larger country that is now turning against them.

The previous Likud-led government did little to protect the rights of LGBT people. In fact, it blocked important pro-gay legislation such as a law prohibiting discrimination based on sexual preference, and an amendment recognizing same-sex marriage. Would the next government coalition, based on a partnership between the right-wing Likud and Lapid’s centrist party, Yesh Atid, act differently toward the LGBT community and distance itself from Knesset members such as Feiglin or Arieli? It is too early to judge; as of this writing, it’s not even clear yet who will constitute the governing coalition. What is clear, however, is that Israel’s LGBT community can no longer ignore the rise of homophobia in Israeli politics and Israeli society. It is imperative that this community now join forces in order to safeguard its rights, its way of life and its acceptance as equal members of society.

The “We’re here. We’re queer. Don’t mind us” mentality has to change.

Ilan Manor is a student at Tel Aviv University. He blogs regularly for Haaretz.com and for The Times of Israel.