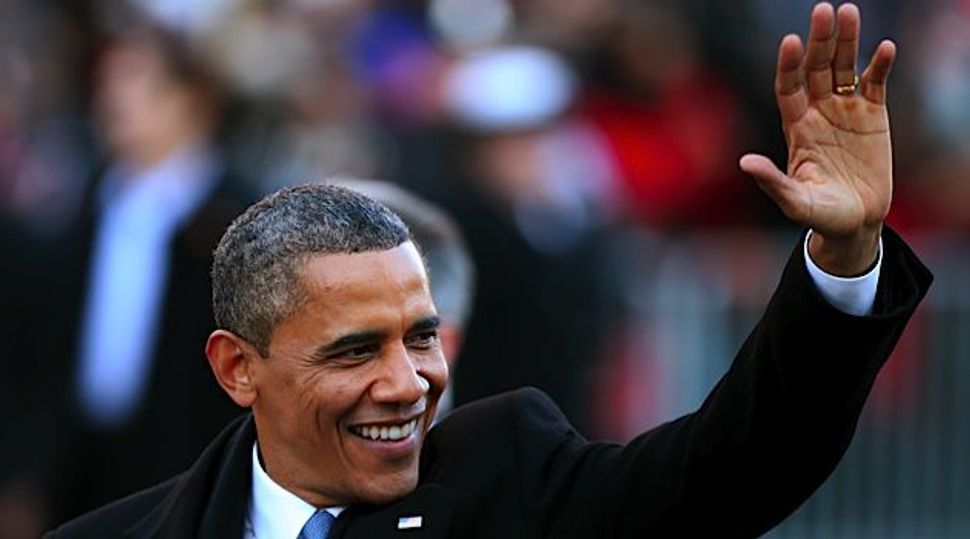 Now that President Obama’s second-term agenda is coming into focus, this seems like the appropriate time to start getting nervous.

Not scared, necessarily. Scared can wait until after the State of the Union address on February 12. Meanwhile, just nervous.

The good news is that Obama appears at last to have found his mojo. He’s laid down his marker on three big crises that are emerging as the defining issues of his next two years, before he slides into lame-duck status. The three issues — budget, immigration and guns — will entail nasty, drawn-out battles. If past is prologue, the president will win more than he loses. The Republicans are a determined bunch, but Obama has a way of wearing down his opponents, once he’s given up trying to reason with them.

The bad news is that none of the three is climate change. Despite some fine words in his inauguration address, there’s no indication that he has a plan for serious action. And since three major battles per term are about all Washington can handle these days, it’s not clear there’s even room for a serious climate push in the face of Republican opposition. So unless the president has a big surprise in store on February 12, we’re looking at a climate agenda made up of small-bore regulatory changes that nibble around the edges. That doesn’t match up to the magnitude of the crisis we’re facing.

Just about every month brings another major study showing that things are worse, the effects arriving faster, the impact more severe, projections more dire than they were the month before. In October it was Munich Re, the world’s largest reinsurance company (they insure the insurers), warning of the mounting financial costs to its clients. In November it was the World Bank.

The latest is a 230-page report released January 28 by the National Oceanic and Atmospheric Administration and the U.S. Geological Survey. Prepared by 80-odd scientists from the two agencies as well as NASA, the Pentagon and dozens of universities, it’s part of a massive National Climate Assessment that’s assembled every four years under a law passed by Congress in 1990, back when big majorities in both parties believed in science.

The report makes chilling reading, all the more so because it was completed last fall, before Hurricane Sandy. In dry, technical language it details the effects of global warming so far, and those that can be “confidently” predicted, on our coastal regions. These regions house about half the American population and produce 57% of the total U.S. economy ($8.3 trillion in 2010, the report says). The report describes tropical storms growing in frequency and severity, rising sea levels that swamp low-lying communities, storm surges that devastate densely populated, often low-income urban areas. Flooded sewage systems that pollute waterways, spreading disease through drinking water and poisoned seafood. New air-, animal- and insect-borne diseases as habitats change and species migrate to regions with no natural predators. I could go on.

Then there’s the eye-popping “Climate Vulnerability Monitor,” released last September by the Climate Vulnerable Forum, a group led by 20 mostly developing nations with the greatest exposure to global warming, plus 30 observer members including America, Britain and China.

Its most startling finding is its estimate of the current death toll worldwide as a direct and indirect result of climate change, including flooding, heat waves, disease, drought and hunger: 5 million per year.

By 2030, at current rates of fossil fuel use, deaths will reach 100 million worldwide, mostly in the developing world. Global economic growth currently loses 1.6% per year from warming. By 2030 that will climb to 3.2% annually.

In the face of all this, Obama seems to be planning a series of regulatory measures that bypass Congress. In his first term the Environmental Protection Agency began regulating carbon dioxide in new power plants. This time they’ll impose limits on already-existing plants. Last term they raised automobile fuel standards; now they’ll raise them higher. They’ll encourage more research and investment in alternative, non-carbon fuels.

A more serious program would squeeze carbon emissions by taxing them or imposing cap-and-trade, but that would require legislation by Congress. Ditto an alternative fuel effort on a scale that matches the need. What’s needed is not mini-grants, but something more like the Manhattan Project or the Apollo Program.

Of course Congress won’t agree. Most Republican lawmakers question the science. Democrats are divided, with coal-state senators worrying about their local economies. A cap-and-trade bill got through the Democratic House in 2009, but it died in the Senate in 2010. That seems to have convinced Obama that it’s a lost cause. Since then he’s talked a lot about pumping more oil, not less.

Compare the White House handling of climate change and gun control. The 26 deaths at Sandy Hook Elementary School December 14 sparked national outrage. The president took the lead, appointed a panel under Vice President Biden to draft a plan of action and since then he’s brought the case to the people. Congress won’t give him the gun control he wants, since Republicans and some Democrats flat-out oppose it, but he’s not giving up. Consider, too, that with 300 million guns already in circulation, any new measures will only nibble at the margins. Still, with 30,000 Americans dying from gunfire every year, any progress is better than none. It’s wrong to be silent.

And what of 5 million deaths? Hurricane Sandy hit the Northeast just six weeks before Sandy Hook, and it sparked its own national outpouring. A Rasmussen poll shortly afterward found that 68% of Americans believe global warming is a serious problem, up from 46% in 2009. The storm helped re-elect him. Maybe Congress wouldn’t impose a carbon tax and create a new Manhattan Project no matter how many speeches he gave, how many commissions he appointed and summits he convened. But he hasn’t tried.

There’s another reason to speak out. Right now the world’s biggest carbon polluter is China, which overtook America in 2006. By 2030 China’s energy consumption will grow by 60%. India’s consumption will double. They and dozens of smaller countries are moving full-speed to expand their economies to feed their populations. They’ve made it clear that they won’t take emissions cuts seriously if America doesn’t. It’s another case — perhaps the biggest one of all — where American leadership is needed. That starts with the president. He has to make himself heard.