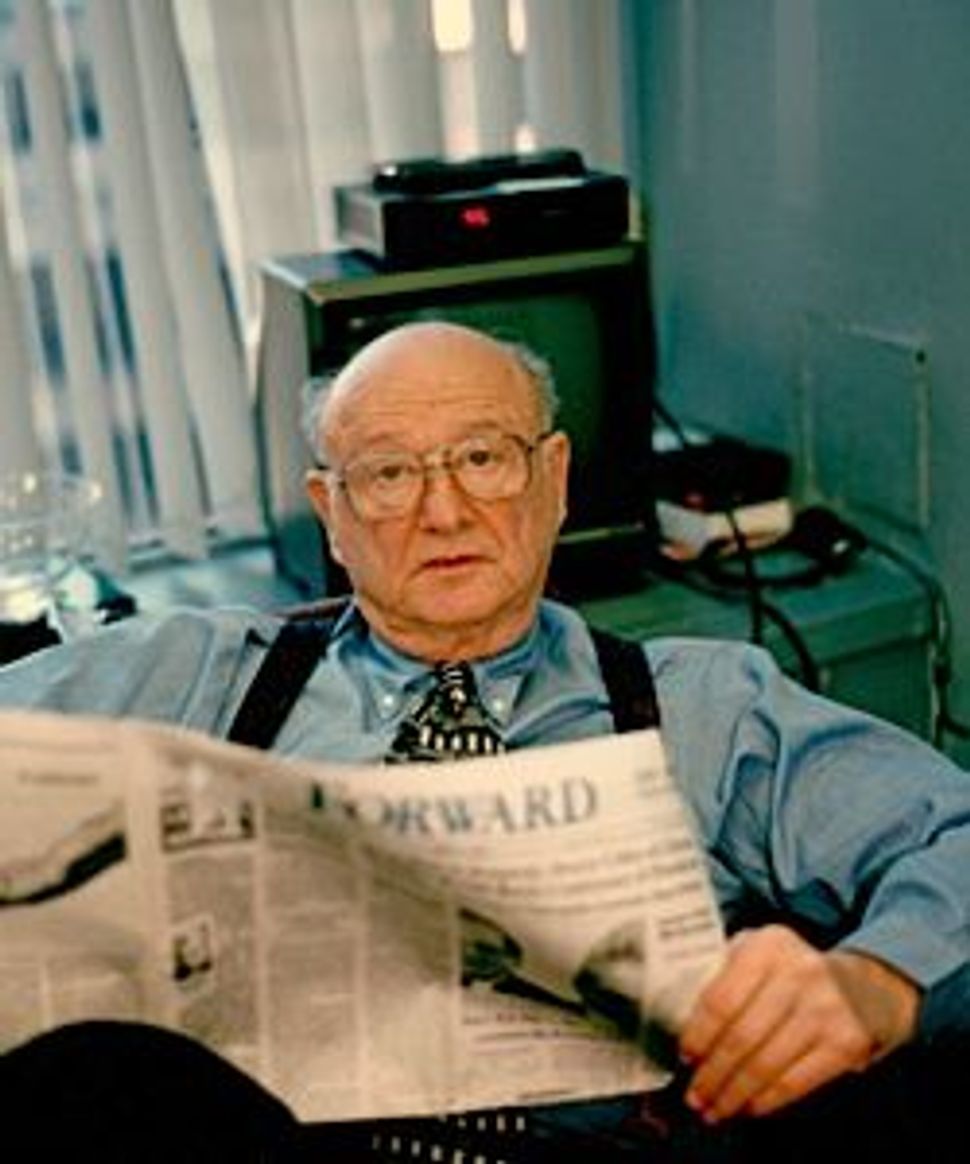 When Ed Koch died this morning, New York Governor Andrew Cuomo released a statement. “I will miss his friendship,” the 55-year-old governor said.

Ed Koch thought that Andrew Cuomo was a schmuck.

He said so on election night in 2010, in a conversation preserved in a new documentary about Koch’s life.

Koch said what he meant. That’s not to say he always meant what he said.

Back in July, Koch said he had plans to organize a rally of 50,000 people against the NYPD’s stop-and-frisk tactics.

That didn’t quite happen.

Koch told me about his plans for the rally on primary night at an Upper West Side Italian restaurant called Bello, where the mayor ate two or three times a week. He was out with four old buddies, loyal Koch guys from his administration and his various campaigns. The guys were there to eat shellfish. I was there to profile the Mayor.

I had pitched the story because Koch, then 88, had played a part in a handful of the Democratic primary contests being waged that evening. The original idea had been to follow Koch around on his primary night rounds. When I called his office the week before the election, I got an invitation to dinner instead.

The talk at dinner was politics, but with Koch the membrane between his private self and his political self was essentially nonexistent, so really the talk was about Koch.

Koch talked about his meeting with President Obama at the New York Public Library two years before. “You look terrific,” Obama told him, according to Koch. “I know you exercise every day.”

Koch also talked on primary night about his plan to campaign for Obama among South Florida’s Jews. “I’ve got 600,000 cousins in Florida,” he said.

The July congressional primaries came two years into Koch’s resurgence as a national political figure, after he had helped swing Anthony Weiner’s old congressional seat to a Republican businessman. Koch’s apostasy against his Democratic Party had shocked some of the friends around the table at the time.

This primary was a sort of test of the staying power of that resurgence. It was a test Koch largely failed, in that Rory Lancman, the Queens congressional candidate he’d backed most strongly, lost by a landslide to Grace Meng, who had the county Democratic party behind her.

Speaking at the time, Lancman said he thought Koch’s endorsement had been helpful, even if it hadn’t manifested in a win. “I’m confident that almost every voter who went to the polls for whom Israel is a very high priority were voting for me, and Ed Koch’s [endorsement] played a large role in that,” Lancman told me.