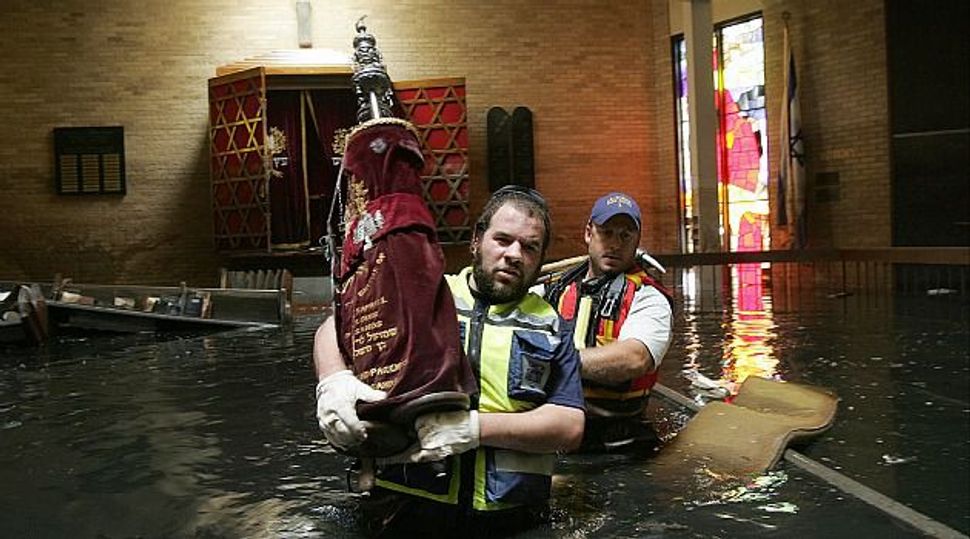 In Israel, there’s a fierce campaign being waged over control of the Chief Rabbinate, a powerful institution that regulates the lives of Israeli Jews from birth to death and a great deal in between. In Great Britain, the newly appointed chief rabbi is faced with proving to a skeptical Jewish community that his role is not an anachronism and that the legacy of a central rabbinic authority still has relevance today.

In America, we have no such annoyances. Our pluralistic approach to religion in general, and Judaism in particular, liberates us from the obligation of loving or loathing, following or ignoring, one national authority figure. Instead, our free market allows for a rabbinate that is expected to flourish as an organic response to a diverse Jewish community, one that can grow and change with the times.

As long as the rabbi can find a job.

Battered by the stalled economy, buffeted by declining congregations and shifting needs, caught in broader demographic trends that diminish respect for traditional authority and outsource most every lifestyle question, the role of rabbi is being challenged as never before. Rabbinical students are graduating from seminaries after four or five years of accumulating debt, to discover there are few full-time jobs available in the places they wish to reside. Veteran rabbis suddenly find themselves jobless when their aging congregations merge, or when a younger (cheaper) upstart slips onto the pulpit.

Educated, trained, talented women are trying to break into the all-male Orthodox leadership, while the Reform movement is to trying to figure out how to keep men in its ranks.

Virtually all established American religions are facing a version of this crisis. Protestants have an over-supply of pastors, except for smaller congregations aching for clerical attention. Catholics have an undersupply of priests so serious that lay leaders are assuming new roles in some churches (but not, evidently, serious enough to persuade Rome to drop the celibacy requirement or ordain women).

And the reputation of all clergy has been damaged by the allegations of sexual, physical and emotional abuse that went on for years with the tacit enablement of those in power — whether by parish priests in the Catholic Church or, as the Forward has recently reported, by rabbis on staff at Yeshiva University High School for Boys.

But the rabbinical crisis in American Judaism has a distinct set of issues. In the great strength of Jewish ritual practice — its democratic decentralization — also lies the potential diminishment of rabbinic relevancy. Do we need rabbis anymore? Lay people can lead prayers, perform marriages, bar mitzvahs and funerals, teach, counsel and consult. Outside those Orthodox communities where a rabbi’s word still has the force of law, many rabbinic questions these days can be answered by a Google search.

Except that for many American Jews, there is no substitute for the penetrating power of a brilliant sermon, or the comfort offered by a rabbi who knew the dying person before she became ill. There is no one else to mold and lead a religious community, to carry on and interpret our great tradition of scholarship, or to stand as a moral lighthouse in this foggy time. No one else to represent ourselves to ourselves, and ourselves to other people.

Which is why defining and sustaining the role of the modern rabbi is one of the most vital challenges before the American Jewish community today.

The Forward intends to engage this issue in stories, editorials and columns throughout the year. But before we explore where the rabbinate should go, we want to better understand where it is now. And to do that, we need your help.

For the next few weeks, we ask that you visit Forward.com/rabbis and tell us about a rabbi who deeply inspired you, who made a profound and noticeable difference in your life or your community. The rabbi could work in a synagogue or school, a summer camp or a Jewish Community Center, a nursing home or an advocacy group — in any rabbinic capacity. We will publish the most compelling stories as the first part of our larger investigation into the rabbinate of the 21st century.

The rabbinate is in crisis, but at the same time we know there are myriad examples of rabbis who are reaching the hearts, minds and souls of American Jews. We want to start with them.

Nominations for this project have closed. Please stay tuned for a follow-up story on America’s most inspiring rabbis.